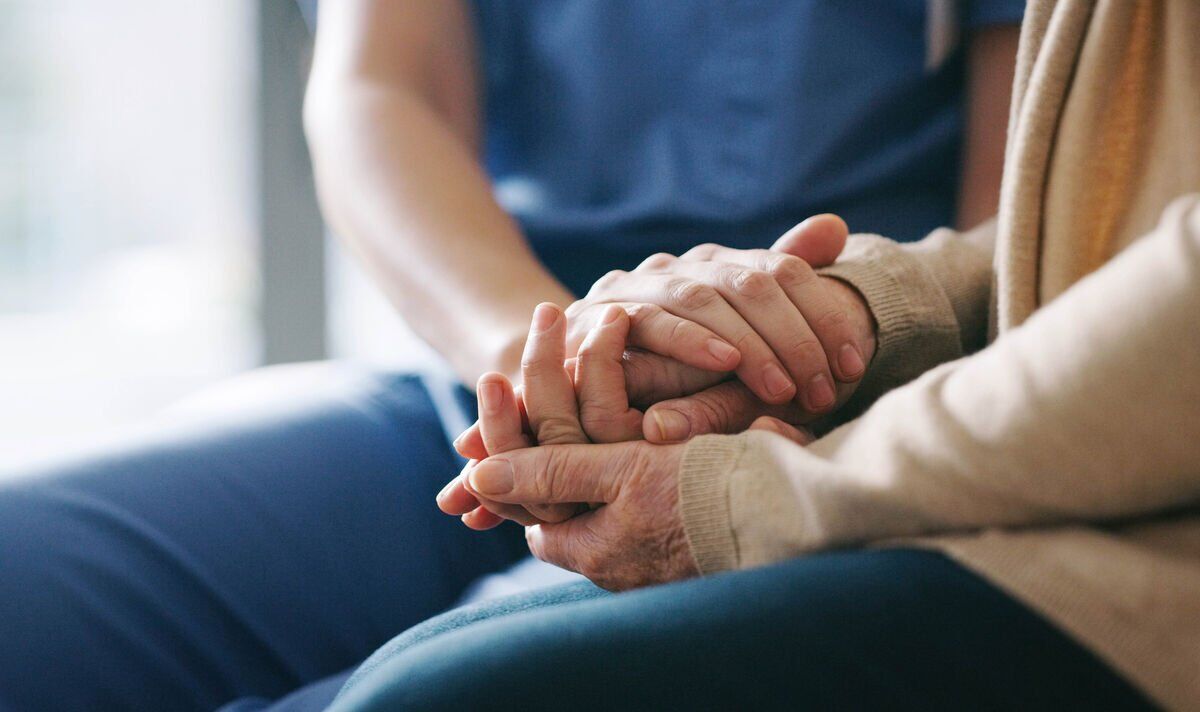 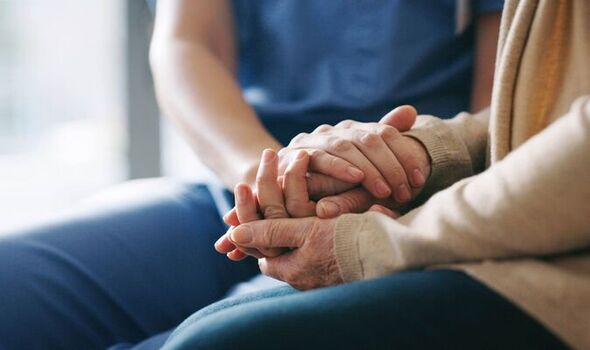 And two-thirds said giving those who are suffering the choice to end their life with medical help would make it a more compassionate country. Just eight percent opposed the idea. The findings come as campaigners call on Parliament to revisit the issue. Tory MP Andrew Mitchell said the UK could be just two years away from legalising assisted dying in certain circumstances.

He said many MPs have changed their views on the subject – as he once did.

Mr Mitchell, now co-chair of the All-Party Parliamentary Group for Choice at the End of Life, said: “I have sat with families with tears pouring down my face because the stories are so harrowing and upsetting.

“It has made me so certain that we need to give people in a compassionate, modern, forward-looking country this option.”

During the last major vote in September 2015, the House of Commons rejected an Assisted Dying Bill by 330 votes to 118.

But Mr Mitchell suggested the tide was turning in Parliament.

He said: “I am certain that in the next two to three years the House of Commons is likely to pass this measure. Since the last election, nearly 100 colleagues have come across to our side.

“Many of them, like me, have changed their minds. Others arrived with that view from their own personal experiences and beliefs.”

Mr Mitchell said that when he became an MP he believed that politicians and individuals should not interfere with the natural course of life and death.

However, his position changed after he ­listened to the heartbreaking experiences of some of his constituents in Sutton Coldfield, West Midlands.

He recalled speaking to a woman with incurable breast cancer who travelled to the Dignitas clinic in Switzerland to end her life.

Mr Mitchell said: “I was very struck by what she said. She loved her country but she thought her country was letting her down in not allowing her to die surrounded by those she loved in the place she had lived for many years.

“No country should outsource compassion in that way.”

Mr Mitchell added that any change would be “a one-off opportunity to civilise the law in respect of end of life experience”, with legislation that would not be broadened in future.

He said he agreed with those who argue that access to end of life palliative care should be improved. But he added: “You can’t always relieve suffering.

“We know that sometimes people die in great indignity and great pain and we need to give them this alternative.”

Sarah Wootton, chief executive of ­campaign group Dignity In Dying, said the ban was having a devastating impact on dying people and their loved ones.

“They may reach the limits of palliative care and have an uncertain and often painful death, take matters into their own hands in unsafe and often lonely ways, or travel abroad for an assisted death, at huge financial and physical costs.

“Some 200 million people have access to assisted dying laws around the world, including in New Zealand and Canada, as well as states in the US and Australia.

“We urgently need our Parliament to give time to this ­crucial issue.”

Assisting a suicide is prohibited in England and Wales under the Suicide Act (1961) and someone convicted could face up to 14 years in jail.

The Daily Express’s Give Us Our Last Rights crusade is backing Dignity In Dying’s blueprint for a change in the law.

An ­independent poll by Savanta ComRes commissioned by this newspaper involved more than 2,200 UK adults.

They gave their views on a proposed system that would allow doctors to prescribe life-ending medication to adults who are mentally competent and terminally ill with fewer than six months to live.

Overall, 75 percent supported the idea, eight percent opposed it, 11 percent felt neutral and the rest did not know.

Support was higher among those who had previously witnessed someone suffering at the end of their life, with 79 percent in favour.

Some 64 percent of respondents believed that legalising assisted dying would make the UK a more ­compassionate country.

When asked about their own wishes, two-thirds said they would want the option to be prescribed life-ending medication if they were terminally ill and suffering.

Some 18 percent said they would not want it.

The results echo previous surveys which have repeatedly shown that the majority of the public are in favour of changing the law.

A Ministry of Justice spokesman said the issue is “for MPs to decide as a matter of conscience”.

The spokesman added: “Our sympathies remain with the families affected by these deeply ­upsetting cases.”

Mr Mitchell said that time needs to be allocated for MPs to debate assisted dying.

He added that a proposed Bill is being considered in Scotland.

Norma Bennett spent her final moments surrounded by friends and family after suffering for years with lung cancer.

In 1992 she emigrated from Lancashire to Canada, where eligible adults have been able to request medical assistance in dying since 2016.

Norma’s daughter Nichola Harris, 47, said: “When she got sick it was no surprise when she signed up for the medical assistance in dying programme in Canada.”

She added: “Mum made it very clear that she did not want a life bed-bound, in pain and not knowing who she was.”

Norma had enjoyed an active social life, joining many clubs including line dancing, curling and bridge.

She was diagnosed with small-cell lung cancer four years before her death despite never smoking.

After her condition worsened in November 2019, the 71-year-old returned home from hospital and her loved ones gathered to say goodbye.

They baked mince pies – a favourite seasonal activity – shared memories with Norma and sang together. Nichola said: “By the time the doctor arrived there were about 30 people there. The doctor asked mum a series of questions to confirm she was aware of what was going on and capable of making the decision.”

She added: “She really did get to go out how she wanted. She was able to know how much she was loved.”

Norma, a retired legal secretary, organised her affairs before she died and planned her funeral.

Nichola, who lives in Winchelsea, East Sussex, supports the campaign for a change in UK law.

She said: “I’m glad I wasn’t put in the position that I know people here are, of having to find a way to help mum end her suffering.

“I feel very grateful that she lived in a country where it was possible and that she could be in her own home, surrounded by everybody she loved.

“The way mum got to go out was perfect for how she lived her life.”

I am greatly heartened to know that the tide is turning in the campaign to legalise assisted dying for the terminally ill.

The Daily Express Give Us Our Last Rights campaign is giving a voice to terminally ill people like me, who, under the current ban on assisted dying, are facing deaths that we have little to no control over.

Before the death of my daughter, Katie, from a sarcoma in her face, and my own diagnosis of multiple myeloma and amyloidosis, I had not considered how changing the law could impact me.

I had always supported legalisation.

But I am now fiercely determined to support the fight for change. When facing the prospect of a long and agonising death, many terminally ill people like me and our loved ones want the choice of a safe and dignified assisted death.

This is an issue that has huge public support.

It is clear from politicians and healthcare professionals, who are changing their minds, that this is something that affects all of us and something that can have a positive impact on all of our lives and at the end.

Having seen the poll commissioned by the Daily Express, and the overwhelming public support for the terminally ill, the message is clear for our law makers: give this issue
the Parliamentary time it deserves.

I would like to think they will vote for changing the law out of compassion for people like me.

Assisted dying won’t be legalised in time for me. But I do not want other terminally ill people to face painful deaths, which so many who responded to the poll have seen in their own families.

The Daily Express campaign – and my involvement – gives a meaning to all the suffering which has been endured by us and our loved ones.