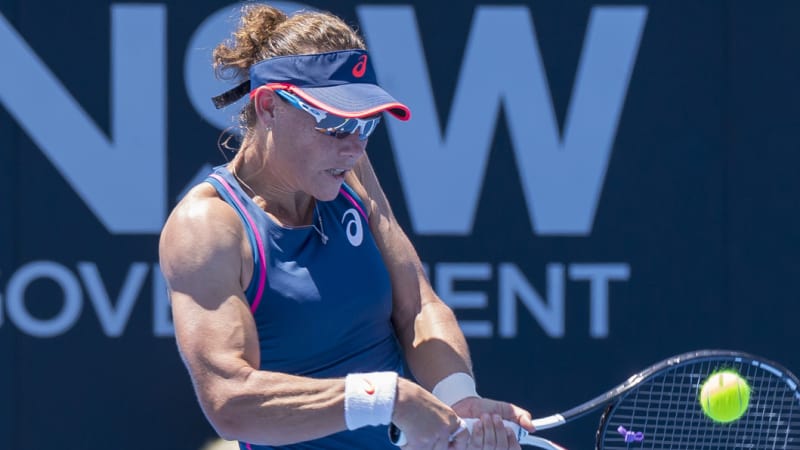 Nine out of 10 of us don’t do enough weight training, even though its bevvy of benefits include improved metabolism, bone density, reduced body fat, reduced blood pressure and reduced risk of diabetes.

For inspiration to become stronger, we need not look further than the female athletes taking to court at the Australian Open this week. 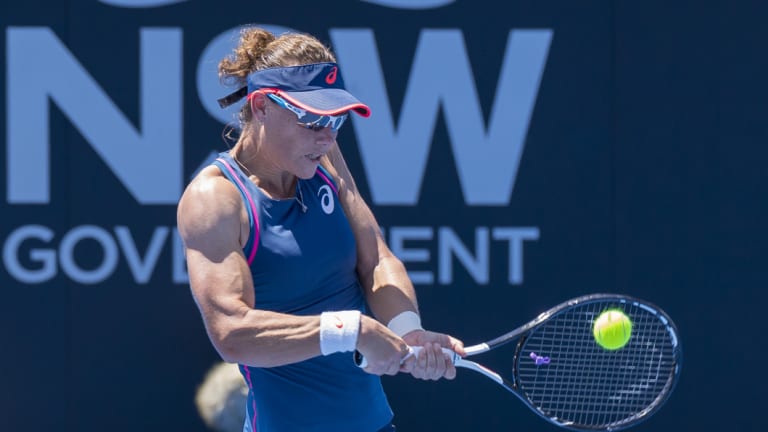 Former world number four Sam Stosur’s finely sculpted arms are testament to the work that goes into playing at the peak as well as the strength needed to protect the body when pushing it to its limits.

But, what exactly does it take to be as strong as Sam?

The 34-year-old, once the world number one in doubles, does not just spend her days hitting a ball back and forth.

Rather, she mixes it up with sprint sessions, light gym workouts and a focused strength-training program that includes power lifting.

Stosur’s coach, Nick Watkins says arm strength is “very important” and it is as much about hitting winning shots as it is about playing the career long game. 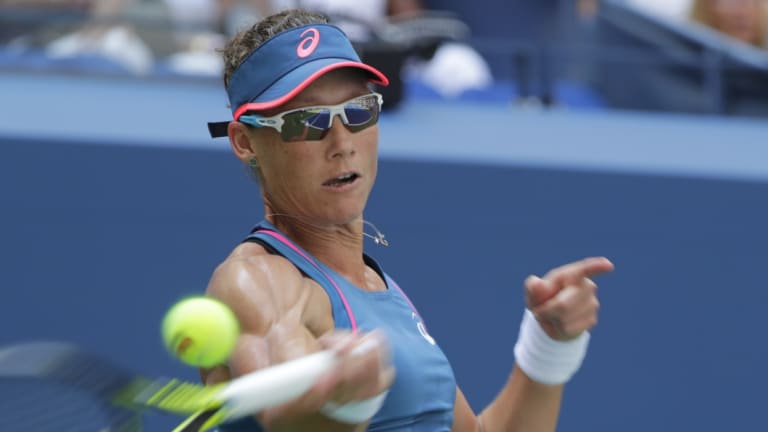 “Tennis is very much an upper-body sport, but it’s also important for injury prevention,” Watkins explains. “The stronger you can be the less chance the tendons and ligaments will be strained.”

Developing muscle around the joint helps protect them, he adds, noting that getting the balance right is “an ongoing process”.

If you push too early – before the age of 16 or 17, Watkins says – the bones and tendons are not able to support the load; if you push too hard, it is likely to result in injury; if you don’t push hard enough, performance suffers.

“Initially, we put in quite a lot of time – dedicating one-and-a-half to two hours a day to building strength, and then a fair bit of time maintaining it,” he explains.

Stosur’s strength and conditioning coach, Matt Corodis travels with her “all year round” to keep her in fighting form. 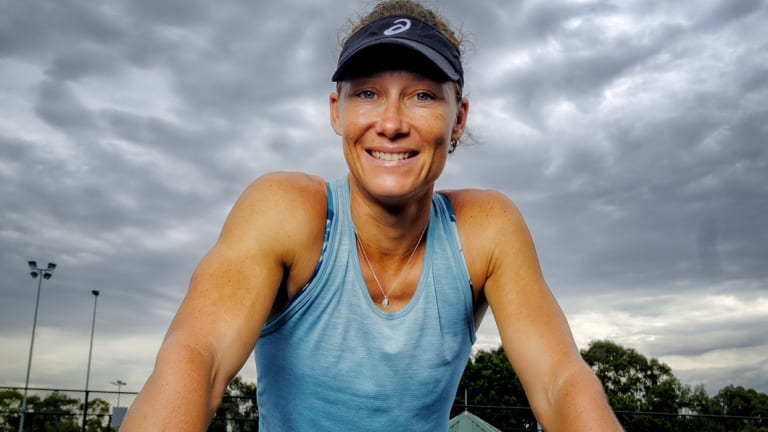 Sam Stosur after a training session in December.Credit:Luis Enrique Ascui

Stosur, who began playing as a 10-year-old and who recently returned to the tour after a wrist injury, has previously said she does a maximum of three strength-training sessions a week.

“I don't do any heavy gym stuff the day or two before a tournament, or during the event,” she told ESPN. “Each session is head to toe. And I change my program every couple of months or so… Ladies in the gym will be like, 'Sheesh! How do you get those arms?' It's always about my arms and how I got them. But there's really no secret… So I just say, Keep working hard and doing all your exercises.”

She also works hard to keep the balance of strength in her body even, a challenge for tennis players who are often dominant on one side.

It was a forearm that allowed him to hit a topspin backhand like “nobody else”.

But although some of today’s players are also somewhat lopsided (Nadal’s arms are also famous), creating too much strength on one side of the body can increase the risk of injuries, Watkins says.

For Stosur, keeping her famous arms in shape is equal parts building up and balancing out.

“She spends a lot of time making sure she has symmetry – it’s important she’s not dominant,” Watkins explains. “Every three months she gets a check to see if it’s getting out of whack.”