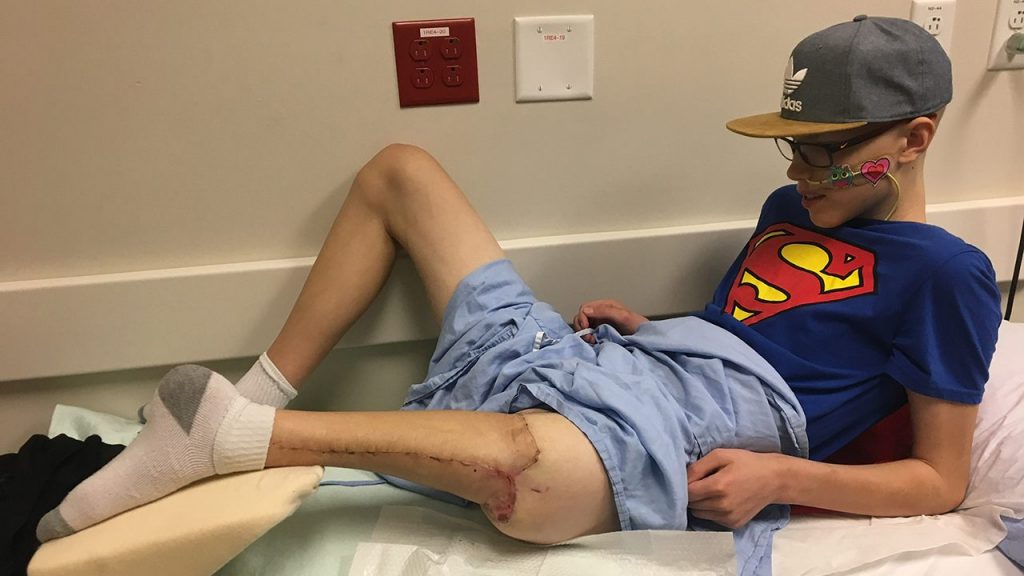 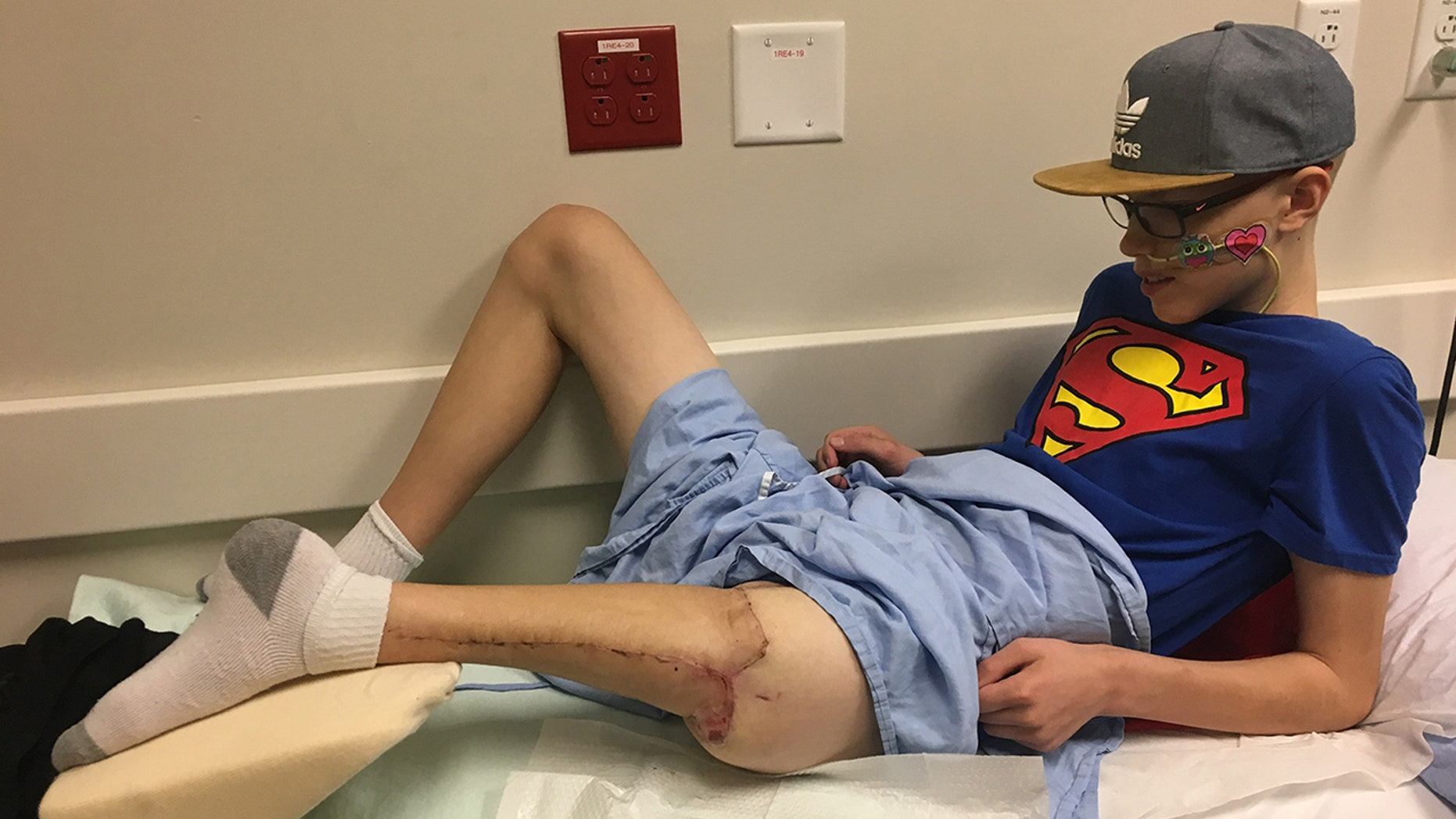 Jacob Bredenhof, 14, from Abbotsford, Canada, had part of his upper thigh and knee removed after doctors discovered cancer in his femur bone. They then reattached his rotated lower leg to form a new knee joint out of his ankle and foot.
(Caters News Agency)

A Canadian teen who underwent a radical amputation surgery that saw his foot reattached backward to his upper thigh to form a new knee joint is currently undergoing his 14th round of chemotherapy and looking forward to learning how to walk on a prosthetic limb.

Jacob Bredenhof, 14, was diagnosed with osteosarcoma in June after complaining of leg pain and noticing a hard lump forming in his thigh. Subsequent scans found his femur bone was riddled with the cancerous tumor, and that it was in danger of snapping if he put too much pressure on it, requiring him to use a wheelchair.

MOM GETS NEW TONGUE MADE FROM ARM AFTER CANCER DIAGNOSIS

In October, surgeons removed a portion of his leg in a nine-hour procedure known as rotationplasty. The procedure is most often used when treating malignant bone tumors that occur near a child’s knee. The preserved lower leg is rotated 180 degrees and attached to the remaining thigh bone and uses the ankle as a knee joint, according to the Dana Farber/Boston Children’s Cancer and Blood Disorders Center.

Physical therapy helps the patient learn to use foot and ankle as a knee, which provides more mobility than a full leg amputation. Bredenhof is being fitted for his first prosthetic while he continues with his chemotherapy. 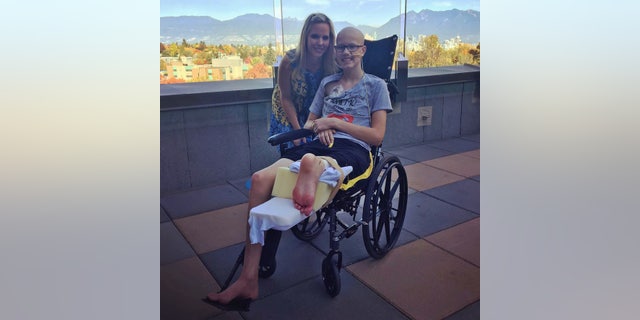 Bredenhof has taken to wearing festive socks in an effort to normalize his new look.
(Caters News Agency)

“The amazing part of rotationplasty is that they preserve the good part of your legs and ankle, which become your new knee and is naturally functional,” Tracey Bredenhof, the teen’s mom, told Caters News. “I have no doubt that Jacob will play basketball and other sports again, his drive matches his character and he has never shown any signs of self-pity.

Tracey Bredenhof said her son, the oldest of four boys, has started picking out fun socks in an effort to normalize his new look.

“I warned him, that people could say rude things that could hurt him and may not understand, but he told me, ‘I don’t care I want to play sports and be active,’” she told Caters News. “He explained ‘this is me and I won’t hide it, and since then has continued to exemplify that attitude.”

The family has been keeping supporters updated on their blog, “Every Step – Jacob’s fight against osteosarcoma,” which said he has four rounds of chemotherapy left once he completes his current treatment.

“We have a love/hate relationship with chemo,” Tracey Bredenhof wrote. “It has kept Jacob alive, yet it is so harmful to him at the same time. We heard news yesterday that another boy we know with osteosarcoma who had a leg amputation a couple weeks after Jacob’s amputation, has been diagnosed as terminal. The chemo is having no effect for him and the cancer was spreading during his treatment. More tough news, more to process, and hits home hard with the reality of how aggressive osteosarcoma is and how difficult it is to treat.”