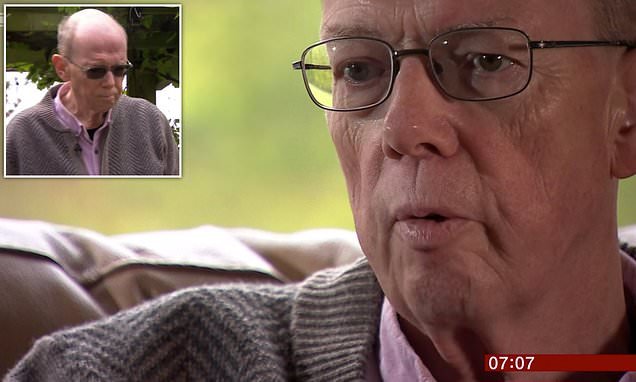 Cancer patient, 62, told his lymphoma was terminal claims the disease is now ‘on the run’ after being given pioneering ‘living drug’ treatment

A patient among the first to be given a pioneering cancer treatment which uses his own immune system to fight it says his disease is ‘on the run’.

Mike Simpson, 62, was last year told he had less than two years to live because of his blood cancer – but is now hopeful he could be cured completely.

Mr Simpson is having CAR-T therapy, which has only recently been offered on the NHS and is curing people in a way that has never been seen before, scientists say.

The £280,000 ‘living drug’ treatment works by taking out someone’s white blood cells and essentially training them to fight cancer and then putting them back in.

But CAR-T isn’t perfect. Mr Simpson said the side effects – among them fever, vomiting, diarrhoea, confusion and memory loss – have been crippling. 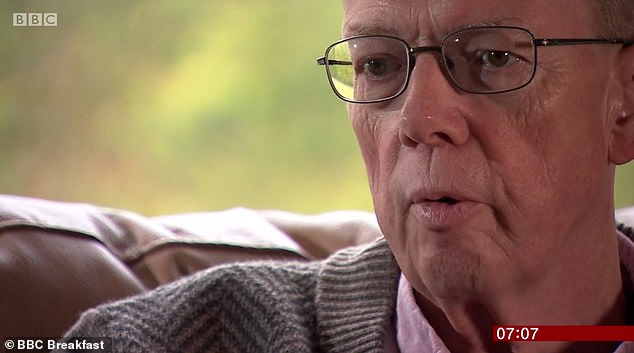 Mike Simpson, 62, was last year told he had less than two years to live because of his blood cancer – but is now hopeful he could be cured completely

‘It might be a magic bullet, but it hurts,’ Mr Simpson, from Durham, told the BBC.

In scientific trials CAR-T has managed to completely wipe out terminal cancer in around 40 per cent of patients after 15 months.

It was tested on people with the same disease as Mr Simpson, who has large B-cell lymphoma, which was diagnosed in 2015 when he had a swollen, stiff neck.

This type of cancer develops from abnormal blood cells and affects around 4,800 people in the UK each year.

Mr Simpson had two rounds of chemotherapy but they both failed and he was last year told he was terminally ill and his remaining years would be unpleasant.

But thanks to starting the gruelling new therapy in February – which made him forget an entire five days in intensive care and has kept him off work – his hopes have been restored. 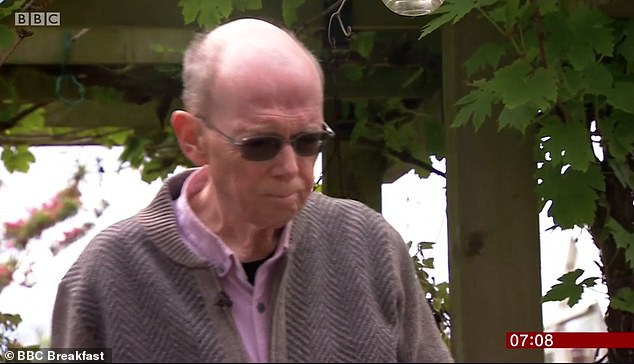 WHAT IS CAR-T CELL THERAPY?

CAR-T cell therapies are available on the NHS for children and people up to 25 with B cell acute lymphoblastic leukaemia.

The treatments involve taking a specific immune cell – known as T cells – from a patient’s blood.

T cells help the body fight infection by seeking out viruses and other pathogens, before killing them.

These cells are then engineered in the lab to express a gene that codes for a specific receptor that binds to a protein on the patient’s cancer.

Once these cells are re-infused into a patient’s blood, their immune system is ‘reprogrammed’ to recognise and fight off tumours.

It is suitable for those with advanced or worsening blood cancers that are not responding to treatment or have relapsed.

The FDA in the US approved two CAR-T cell therapies in 2017.

One of the most common side effects is cytokine release syndrome (CRS).

CRS occurs when T cells are overstimulated and release excessive amounts of the protein cytokine.

This can lead to a dangerously high fever and a significant drop in blood pressure.

In most cases, CRS is manageable via treatment like steroids.

‘I feel the treatment really is being effective, that we’ve got the cancer pretty much on the run,’ he said.

‘Obviously I’m really happy about that and optimistic for the future and glad that I committed to the treatment.’

Only seven hospitals in England offer the CAR-T treatment for adults with large B-cell lymphoma, while nine offer it to children with leukaemia.

The CAR-T preparation process takes a month and involves white blood cells being taken out of the patient and sent to a lab in the US.

There, they are genetically programmed to attack the specific type of cancer the patient is suffering from.

When this is done they are classed as chimeric antigen receptor T cells – CAR-T.

Millions of matching cells are then created in the laboratory before being injected back into the patient, where they circulate in the blood and get to work fighting the cancer.

The NHS currently only uses for cancers in the blood, which the CAR-T cells can directly attack.

They can also destroy cancer cells and move on, circulating around the body for months and, in the process, releasing chemicals which train other cells to do the same.

It effectively trains the immune system to be able to fight the cancer on its own.

A consultant haematologist at King’s College Hospital – one of those offering the treatment – said it is ‘amazing’.

Victoria Potter told the BBC: ‘It is a very exciting new development and it gives new hope to a lot of our patients.

‘It’s amazing to be able to see these people, who you may have not been able to give any hope to, actually achieving remission.

‘And that is a situation we have never seen before and it’s an incredibly impressive change in the treatment paradigm.’

CAR-T treatment is listed as costing more than £280,000 per patient, but the NHS gets it cheaper through a deal with US firm Gilead Sciences.

It is not yet known how well the treatment will hold up over time because there are no long-term remission data.