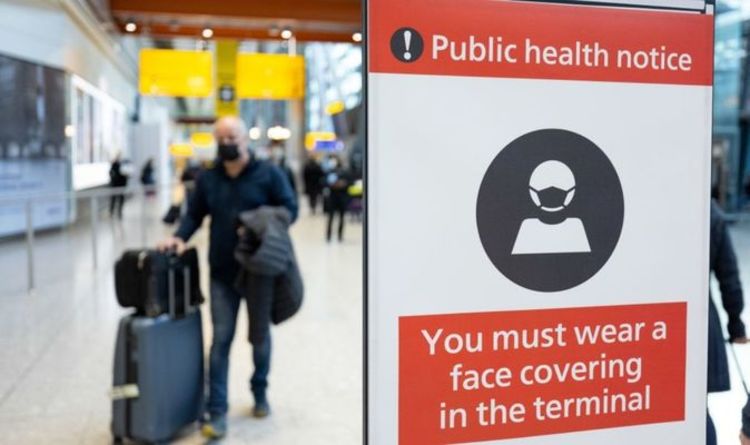 On November 26, the World Health Organization (WHO) designated the B.1.1.529 variant, also known as Omicron, as a variant of concern. The UK Government has responded quickly, as concerns have been raised over this new strain’s increased transmissibility and resistance to vaccines. Here’s what we know about Omicron so far.

How fast does it spread?

WHO has said it’s not yet clear if this new variant is more transmissible than other variants.

The number of people testing positive for the variant has increased across the world, but it isn’t yet known whether it’s because Omicron can be passed on more easily, or if this spike is due to other factors.

Is it more deadly than other variants?

WHO said there’s no current evidence to suggest that symptoms associated with Omicron are different or less deadly than those from other variants.

It said: “It is not yet clear whether infection with Omicron causes more severe disease compared to infections with other variants, including Delta.

“Preliminary data suggests that there are increasing rates of hospitalisation in South Africa, but this may be due to increasing overall numbers of people becoming infected, rather than a result of specific infection with Omicron.

“There is currently no information to suggest that symptoms associated with Omicron are different from those from other variants.”

It added: “Understanding the level of severity of the Omicron variant will take days to several weeks.”

How many cases are there in the UK?

The total number of Omicron cases in the UK currently stands at 11.

Six cases were detected in Scotland with the remaining five in England.

Some of the cases have no known travel history, suggesting they could have been transmitted locally.

Is it resistant to vaccines?

Scientists have expressed concern that this new variant could be more resistant to vaccines, as it features some “concerning” mutations which could make vaccines less effective against it.

Where did it originate?

Omicron was first detected in South Africa on November 25.

Omicron was found in laboratory samples of those who tested positive for the virus from November 14 to 16.

Where are the current outbreaks of this new variant?

Over the weekend, three cases of the Omicron variant were detected in England; one in Brentwood, one in Nottingham, and the third person is no longer in the UK – but they had visited Westminster.

In Scotland four cases were detected in the Lanarkshire area and two were identified in the Greater Glasgow and Clyde area.

The latest two cases were identified in London on November 29; one was located in Camden, and the other in Wandsworth.

How has the UK Government responded?

The Government was quick to act, imposing a travel ban on several southern African countries on November 26 with near-immediate effect.

Only British and Irish citizens can enter the UK from the red-listed countries in southern Africa, and they will have to spend 10 days in a quarantine hotel after landing.

From November 30, it will become a legal requirement to wear a face mask in shops, on public transport, in hairdressers, post offices and banks, unless you have a medical exemption.

But the rules will not apply to the hospitality sector, such as pubs and restaurants.

From November 28, anyone who has come into contact with someone who has tested positive for the Omicron variant will have to self-isolate for 10 days, even if they’ve been fully vaccinated.

Anyone arriving into the UK will be required to take a Day 2 PCR test, and self-isolate until they get a negative result.

School children and staff have been “strongly advised” to wear face masks in communal areas, such as corridors.