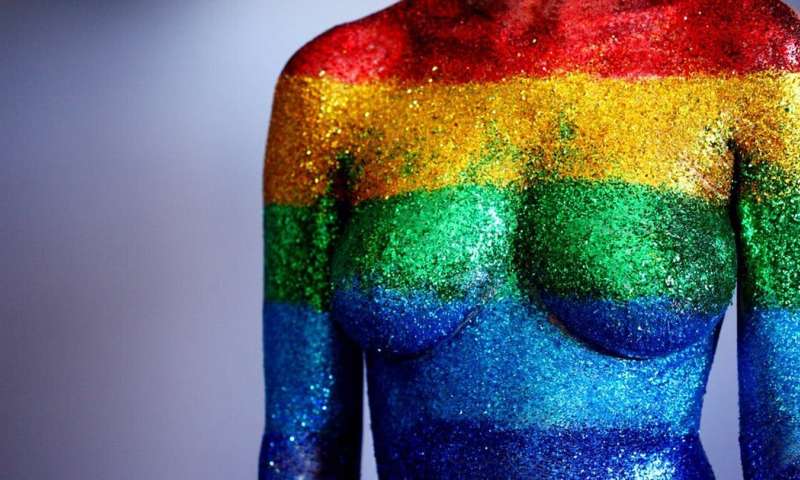 Humans have discovered an almost infinite amount of ways to have sex —and things to have sex with. The famous sex researcher Alfred Kinsey said: “The only unnatural sex act is that which can’t be performed.”

From foot fetishes to the kinkiest outfit or habits, fetishes are an endless rainbow of preferences and practices. Although human studies on fetishes and atypical sexual interest are few, case studies and research on non-human animal behaviour have revealed some insights about them and how they may develop.

In fetishism, the subject of the desire is not necessarily related to sexual intercourse, yet the fetish drives a person’s sexual arousal, fantasies and preferences. Fetishes can be part of a healthy and playful sexual life for individuals and couples, and also forms the basis of some sexual subcultures.

Unfortunately, fetishes have often wrongly been associated with sexual deviancy, making it easy to feel weird or shame about them. Many of us are quick to judge things we do not understand or experience. When it comes to sex, we can believe that things we don’t do are weird, wrong or even disgusting.

The Pride marches taking place this summer began as a social movement against repressive and discriminatory practices against LGBTQ people following the Stonewall riots in New York City in 1969. Fifty years later, Pride month has become a commemoration and celebration of sexual minorities and diversity.

Let’s take a look under the covers together to paint a more positive view of these so-called “perversions.” We all may have a kink or two. So why not feel more accepting of our more obscure sexual desires?

Fetishes are not just about whips and leather, but part of a natural curiosity to explore the unknown territories of our sexuality.

A lot of the early science claimed fetishes were sexual abnormalities or perversions. However, most researchers and clinical practitioners now only consider fetishes to be harmful if they cause distress, physical harm or transgress consent.

Scientists have recently begun to understand how some fetishes develop. Several animal studies and case reports on humans suggest that early imprinting and Pavlovian or classical conditioning can shape the formation of fetishes. We believe learning from experiences plays a large role in forming fetishes.

From a Pavlovian conditioning perspective, fetishes are seen as the product of associating early and rewarding sexual experiences with objects, actions or body parts that are not necessarily sexual. This is perhaps why different people have different fetishes.

As for early imprinting, the best example comes from a study in which newborn goats and sheep were cross-fostered by a mother of another species. Goats were mothered by sheep, and the sheep mothered by goats. The results showed male goats and sheep had sexual preferences for females of the opposite species, meaning the same species as their adopting mothers, while females on the other hand were more fluid in their choices and were willing to have sex with males of both species.

These sex differences appear to be explained solely by differences in sexual urges, where men tend to show higher arousal or less repulsion towards various “deviant” sexual acts than women do. This, nevertheless, does not imply men have more psychological disorders.

Fetishes, just like any other thing in life, can be taken to where it may be a little “too much.” They may not only be preferred, but also needed in the expression of sexual arousal, which can impair the preferred pattern of arousal or performance.

Fetish-related disorders are characterized by the expression of two main criteria: recurrent and intense sexual arousal from either the use of objects or highly specific body part(s) that are not genitalia manifested by fantasies, urges or behaviours; those which can cause great distress or impairment of their intimacy, social or occupational life.

Some are particularly troubling, like exhibitionism or frotteurism. These paraphilias are believed to be distortions of normal sexual interactions with others. Sadly, both of them still remain poorly understood.

As previously mentioned, if by some reason we can establish associations that can drive our arousal through learning experiences, research has also shown that these associations can be “erased.” However, this process can be quite slow, difficult to change and susceptible of being spontaneously triggered by familiar cues.

No definition of normal

Fetishes have the potential of enhancing or expanding the repertoire of sensations we experience during sex. In fact, experimental data shows that animals become more sexually aroused when they learn to associate sex with fetish-like cues.

Instead of focusing on what you should like or what should get you off or not, you’re better off wondering how that thing suits you or your partner. Normality falls within blurry lines, and it is up to you to expand its limits or not.

There is no exact definition of what constitutes normal or healthy. These definitions are highly dependent of the context (historical time and culture).

We get caught up with what appears to be more frequent, healthy, natural or normal: but what about what feels right?

So how do you know if you have a fetish? If there is consent and respect, it really doesn’t matter what you do between the bed sheets, on the kitchen table or on that secret hidden spot.

Perhaps you don’t have a fetish. But it’s never too late to try.

As North Americans celebrate Pride this summer, we should take it as a reminder of our colourful sexual diversity —and also the infinite ways to have sex, with nothing unnatural about any of them.