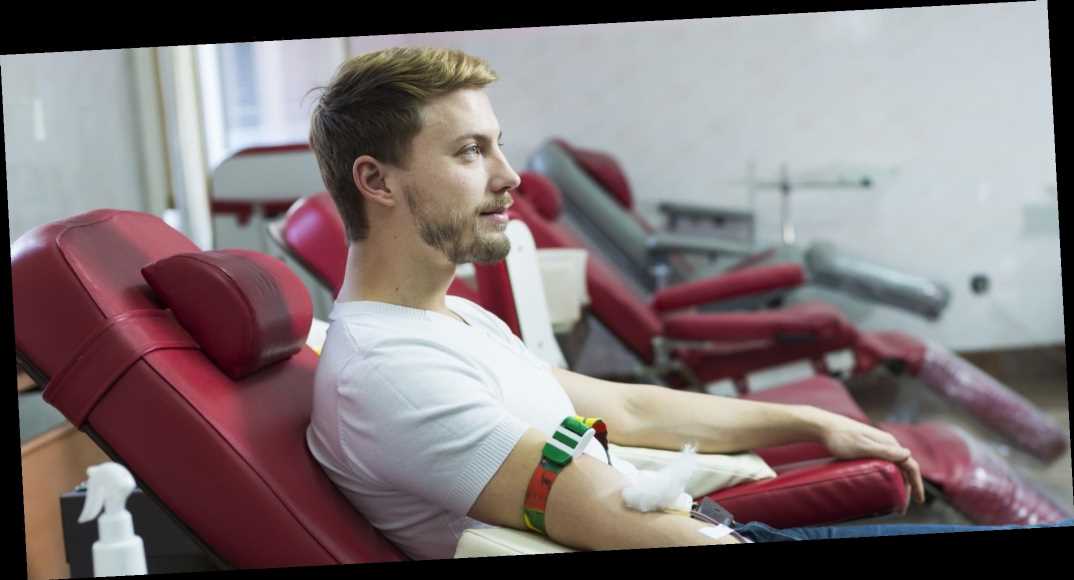 The FDA has just amended its guidelines on blood donations from men who have sex with men (MSM), reducing the deferral period from 12 months after sex to three months. This decision follows pressure from politicians including Bernie Sanders, Kamala Harris and Alexandria Ocasio-Cortez, and advocacy groups like GLAAD, who described the FDA’s ban on gay and bisexual blood donors as “outdated and discriminatory.”

However, many believe that these new rules are no different from the old ones, and that it is an insufficient response at a time when blood donors are needed more crucially than ever before, both in treatment for COVID-19 patients and clinical trials for vaccines.

“I don’t think on their face they’re homophobic, but I do think they’re outdated,” says Dan, 24, of the FDA’s guidelines. He identifies as gay, and has been “cut off” from donating during blood drives ever since he became sexually active. “They don’t seem to have progressed with regards to how HIV testing, treatment and prevention have all come along,” he adds.

The FDA is currently seeking individuals who have recovered from coronavirus symptoms to donate blood so that they can test plasma for antibodies which can then be used to treat sick patients. Adam, 28, hoped to be able to volunteer, but according to the law, he is ineligible.

“It’s frustrating,” he says. “I think right now a lot of people like myself are self-quarantined and they want to help, especially just having recovered from some of the lesser symptoms of having my sense and taste be gone for two weeks. I think a lot of people want to help, especially if they potentially have the antibodies. It feels stifling. It’s a missed opportunity. I’ve done my research on the plasma side and blood donation, and unfortunately I don’t qualify for either, because I identify as a bisexual male.

“I’m happy that they have reduced [the waiting period], but I still do not qualify, and I think many men who identify in the MSM category will not qualify for that,” he continues. “I think now more than ever, healthcare is at the top of everybody’s mind in terms of how it is distributed, and the unequal access we all have to it. When it comes to emergency responses and special circumstances like this, people want to be able to help, and it’s unfortunate when there are limitations that prevent that from happening.”

Dr. Perry Halkitis, Dean and Professor of Biostatistics, Health Education, and Behavioral Science at Rutgers School of Public Health, believes that the FDA’s rules perpetuate a stigma against gay and bisexual men. While the reasoning behind them is purportedly to prevent the spread of HIV (with gay men perceived as the highest-risk group), Halkitis says the science simply no longer supports that view.

“This is the challenge of that law continuing to exist; it assumes that gay men are the only individuals who acquire HIV, which we know is not the truth,” he says. “I think what we’ve learned from COVID-19 is that HIV is not what’s going to kill us, it’s all these new viruses that have the potential to kill us. And we have the tools that can actually identify the presence of HIV in a relatively short amount of time, through PCR testing. So while I applaud the efforts to reduce the waiting period to three months, I just wonder, given the technology, why they need the waiting period at all.”

Halkitis adds that excluding gay and bisexual men from involvement in clinical trials is the latest example of “institutionalized discrimination” in government and academia, and says that subconscious biases can be just as damaging as if they were overt.

“Gay men live with a certain level of trauma because of the society we live in, and HIV adds another level of trauma,” he says. “Rejecting gay men in a moment like this, when they can do some good for society, is a re-traumatizing event… I think there are plenty of gay men who have been exposed [to coronavirus] right now, who want to help. Something which would usually give us a sense of empowerment just continues to perpetuate the idea that we’re different, deviant, dirty; all those things that gay men grapple with from very young ages.”