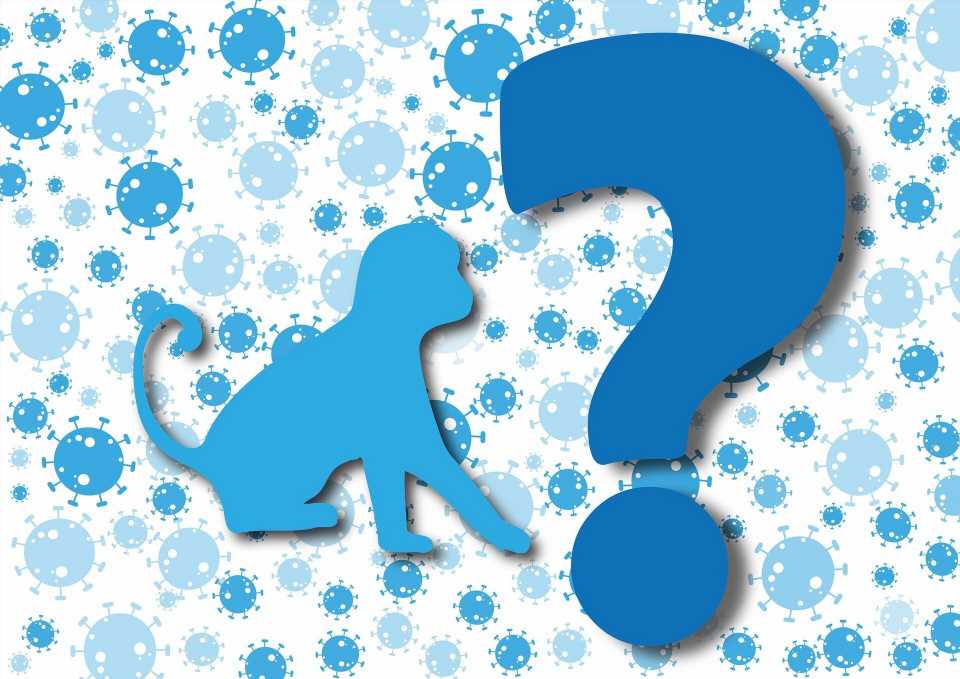 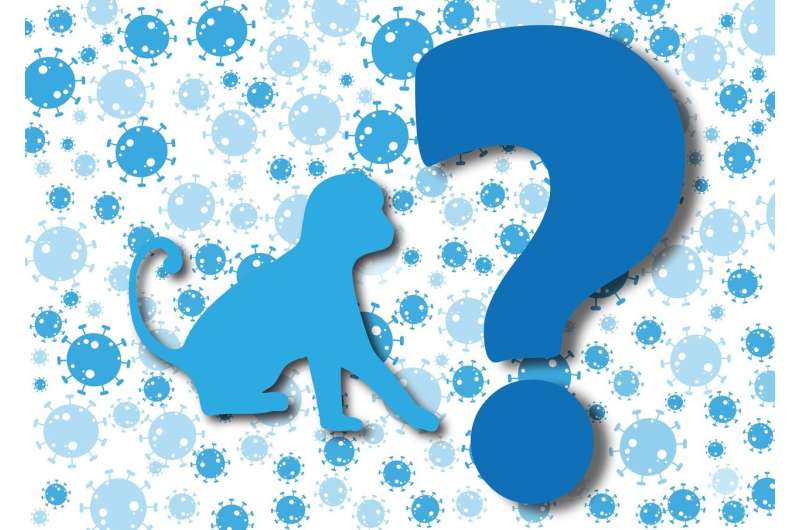 The county provided Hopkins’ independent drugstore with the vaccines at no charge, and his team started giving shots on July 8.

Hopkins figured that insurers would reimburse Pucci’s for the time his staff put into checking in customers, educating them on vaccines and monkeypox, giving the shots, and counseling women who had justifiable fears of contracting the disease but who didn’t meet early eligibility criteria.

He had been reimbursed for the same sort of early work getting patients vaccinated against COVID-19 at a rate of $40 a shot. Just as he had done back then, Hopkins waited until federal authorities issued a billing code for this purpose and then used it to charge the recommended administrative fee for monkeypox.

He was in for a rude awakening. Not one commercial insurer reimbursed him.

Even now, as Pucci’s approaches three months working to get the monkeypox vaccine into customers’ arms, Hopkins said his drugstore is still awaiting reimbursement from insurers.

“All of this work that we’re doing is charity,” he said. “We hope that we will be able to get reimbursed in the future, that our billing folks are going to be able to get that taken care of, but we don’t have funding to be able to provide these vaccines to more people if we don’t get paid for the ones that we’ve already given.”

Owners of several independent California pharmacies have worked with their county public health departments to get supplies of the monkeypox vaccines and administer them, even as big-box drugstore chains have sat on the sidelines, said Desi Kotis, the chief pharmacy executive at UC San Francisco Health.

UCSF Health and other large health systems are, Kotis said, but it’s crucial that public health officials be able to access all available retail and clinical channels when an unexpected disease poses a threat in the US.

“You don’t want to push your profession back,” Kotis said. “You need to just do what the right thing is for the person or the client, and then figure out and escalate the reimbursement to the proper authorities and the government. It takes time. It doesn’t happen overnight.”

Sherri Cherman, who owns Elements Pharmacy in Studio City, said the lack of reimbursement threatens small businesses that are a linchpin in assuring equitable access to fundamental health care services.

Pharmacies in general are ubiquitous, popping up in rural communities that have only one stoplight and in urban corridors abandoned by most other businesses. Nearly half of US citizens live within a mile of a pharmacy, three-quarters of them within 2 miles and almost nine out of 10 within 5 miles, according to research released in August by the University of Pittsburgh and the University of California, San Diego. In rural areas, the researchers found, three out of every four pharmacies were run by franchisees or independent pharmacists.

In a statement about the study: Lucas Berenbrok, an associate professor of pharmacy and therapeutics in the Pitt School of Pharmacy, said: “Our study shows that most Americans live close to community pharmacies and that community pharmacists can reach a lot of people. This means that pharmacies should be an important part of public health initiatives, like COVID-19 vaccinations, testing, and treatment.”

Federal and local governments enlisted pharmacies In the frontline work against COVID-19. The U.S. Centers for Disease Control & Prevention called upon them first to do COVID-19 tests, starting back when long cotton swabs still had to be jammed up people’s noses to get samples, and then they again partnered with them to do vaccinations.

Local public health officers also forged close ties with pharmacy owners and managers during the pandemic. In San Diego County, for example, public health officials combined with local health systems and pharmacists to roll out vaccines. In the end, drugstores there administered half of all COVID-19 vaccinations. The county won an award from the National Association of Counties for its innovative public-private partnership.

No pharmacies in San Diego County are administering it, according to Emily Do, the chief pharmacy officer for San Diego County. She said many pharmacies may have to educate their personnel on how to administer intradermal injections—tuberculosis vaccines are given this way— before they can start giving monkeypox shots.

Vaccines often are delivered through a subcutaneous injection, but amid a shortage of monkeypox vaccine, researchers discovered that intradermal injections were just as effective with one-fifth of the dosage required for the subcutaneous shots.

Cherman said that staff training on this method presents no real barrier to doing this work, but concerns about getting paid—and how much is being paid—can affect whether pharmacy operators are willing to give monkeypox vaccines.

Because she was on the ground there, she said, she could see that early federal criteria limiting doses to men having sex with men were leaving out a critical group of people in her community. These women were at high risk, she said, so she vaccinated them.

“We had a call from the county shortly after asking why our locations had more females, which are women born as women, than other locations around the city,” Cherman said. “We explained to them that,because of where we’re located and through word of mouth, of course, we were helping these women in the industry who were very scared and needed a place to go. And (they) were very much at risk but sort of overlooked by the eligibility rules.”

Hopkins said he began a wait-list for women whose husbands or partners were bisexual. The early eligibility rules didn’t include them, he said, and they felt defeated and cried when he told him he couldn’t give them the shot.

“I was just honored that people would come in to see me to get the vaccination and be open enough to tell me about their relationship,” Hopkins said. “I’ve got a man and a woman sitting in a room together, and they’re telling me, ‘He has sex with other men, and we’ve been together for 10 years or 15 years or whatever, and I’m OK with it. And he needs a vaccine, and I want one too.”

Hopkins said he shared these and other cases with Sacramento County’s public health team and told them he considered these individuals at high risk. Eligibility expanded by mid-August, Hopkins said, and he called those women in to get them vaccinated.

The team at Pucci’s Pharmacy also served about three dozen customers who already had the telltale bump or rash that is a symptom of monkeypox, Hopkins said, and he referred people to a physician who could get them right in and treat them with the Tpoxx antiviral medication or other appropriate care.

Hopkins said that Pucci’s Pharmacy, located at 3257 Folsom Blvd. in Sacramento, has a long history of serving customers that other pharmacies have shunned or ignored. At the height of the HIV/AIDS epidemic, Hopkins said, many chain pharmacies were turning away customers with visible signs of the disease and refusing to stock the life-saving medications that they needed.

But Tom and Linda Nelson, the couple who then owned Pucci’s Pharmacy, swam against that tide.

“Tom welcomed those patients with open arms—and was the first pharmacy and really the only pharmacy for a very long time in Sacramento where HIV meds could be obtained. That’s built our wonderful connection to the community, specifically the over-affected LGBT community.”

Hopkins said he and his husband Joel Hockman bought the business a little more than six years ago, and they have maintained the Nelsons’ values of serving all customers.

Critical help when resources are thin

When Hopkins heard that Sacramento County needed help getting residents of nursing homes and other skilled nursing facilities vaccinated back in December 2020, he said, he stepped up to help.

“Public Health didn’t have enough teams to go around and vaccinate in all these places,” Hopkins said. “It was very overwhelming, and they were excited to find someone that had experience with giving mobile vaccinations. I already had the (mobile) refrigerators and everything required to keep the doses safe, so they got me COVID vaccines within just a couple of days.”

He got the COVID-19 vaccines for free, and Hopkins made the rounds, even though, he wasn’t quite sure when he’d be reimbursed for his time and administrative work. Ultimately, federal leaders mandated that insurers must reimburse for each vaccination at a rate of $40.

No such mandate has been issued for monkeypox. Cherman and Hopkins said they believe a government mandate may be necessary to get third-party insurers to move. Hopkins said the U.S. Centers for Medicare and Medicaid Services said providers would be reimbursed $19.03 for their work in providing the MPX vaccines.

“Ampyss Healthcare handles all of the billing for us,” Hopkins said. “As of late last week, they were able to get a paid claim on one of the vaccines for a patient who has Medicare. It paid $13.30, which is considerably less than the $19.03 that was expected.”

Hopkins said he doesn’t understand why the federal agency has set the rate for reimbursement so low for the monkeypox vaccine, much lower than the $40 for the COVID-19 vaccine or the roughly $30 administrative fee paid for vaccines for influenza, chicken pox and other illnesses.

The rate does not provide much of an incentive to get pharmacies to stock and administer the vaccine, Hopkins said, and given the reach of drugstores, this stymies the effort to get to populations who can’t easily access a doctor or health system.

“If this were a vaccine that were needed only for women or only for Latinos or only African Americans and they paid at a rate that’s half of what they pay for the vaccinations needed for the general population, wouldn’t you recognize right away like this is clearly discriminatory?” Hopkins said. “We don’t know what to do about that.”

Starting in August, he said, state and local officials provided him with a nurse to dispense monkeypox vaccines and later a person to help check in customers, but he’s seen no movement on reimbursements.

Hopkins, Cherman and Kotis said the nation’s leaders must ensure reimbursement and set a comparable rate to maintain the confidence of pharmacists and to ensure equitable access.