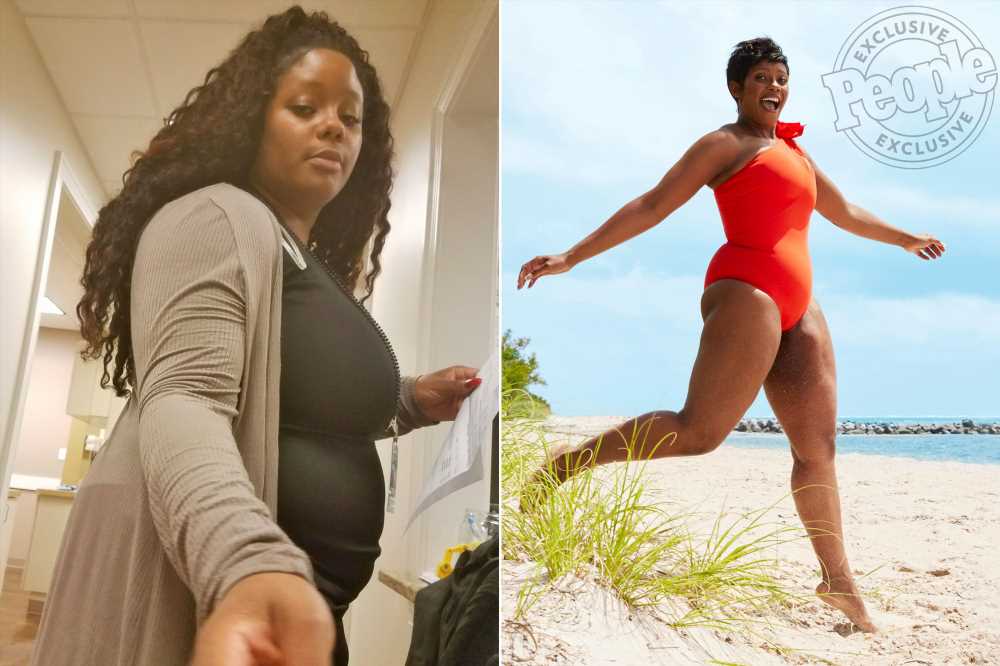 Watch the full episode of How We Lost 100 Lbs.! streaming now on PeopleTV.com, or download the PeopleTV app on your favorite device.

Alisia McKennon “was always kind of curvy” growing up, but her weight hit a new high after she had her first child in 2013.

The Fayetteville, North Carolina-native struggled to keep up with her son as he grew into his toddler years.

“I would be so out of breath trying to run around and catch him,” she says. “He’s very spunky, like most little boys, and I felt really bad that I couldn’t keep up with him. I would tell him, ‘Oh, it’s too hot outside, let’s go back inside,’ just because I was tired. Sometimes I would cry about it and wonder, why did I do this to myself? Why did I get this big?”

McKennon’s size was also keeping her from realizing a longtime dream of joining the military.

“I’ve always wanted to join the Army, and for my height, you have to be 158 lbs. to start basic training,” she says.

Still, McKennon kept putting off losing weight, until a Dec. 2016 visit to the doctor changed her mind.

“I started to realize that my neck was getting darker, almost black,” she says. “At my annual checkup, my doctor told me I now had high cholesterol, I’m possibly pre-diabetic and the black stuff that was growing on my neck was an early sign of diabetes. That woke me up.”

McKennon decided to join WW, which she loved because she “didn’t have to do a diet.”

“I’m a Southern girl, so I love my biscuits and rice, and with WW I can have that, but in moderation,” she says. “It was great because I had some good weeks, some bad weeks, but they always met in the middle, and I met my goal.”

For more on Alisia and four more women who lost 100 lbs., pick up a copy of PEOPLE, on sale Friday

She did have some difficult moments — but they helped McKennon get to her goal.

“One time I literally cried in my car because I wanted a cupcake so bad,” she says. “I was already about to go over my WW points, and I was sitting outside of my favorite bakery. And I literally sat in my car and cried, and I drove off. I said I’m not going to get it, I’m going to do good. And I felt extremely proud of myself, because I finally didn’t give in.”

McKennon steadily lost weight from there, and started exercising too. She began by walking on the treadmill at an incline for 30 minutes, before moving up to interval running and a solid mileage.

“I knew I was going to have to run in the military, so I built up my training to the point where now, I can run four or five miles a day and it’s nothing,” she says. “I treated working out like a part time job — my actual work schedule was from 8 a.m. to 5 p.m., and by 6 I had to be in the gym.”

In March 2018, just over a year after she started her weight loss journey, McKennon hit 158 lbs.

“That’s when I joined the military,” she says. “I weighed in and got processed through, and I was like, ‘Oh my god, I did it.”

McKennon went through basic training for two and a half months and gained some serious muscle, putting her at a weight of 169 lbs. And “now I’m a real soldier,” she says, working as a paralegal specialist in the Army.

“I feel so good, better than I could’ve imagined,” she says. “If you asked me before, I would have never guessed that I would be at this point. I had some really, really dark times, and thought that this would just be my life.”

“Now I’m happy. I can keep up with my son, he’s six years old now and we run together — it’s a really good feeling to be here.”