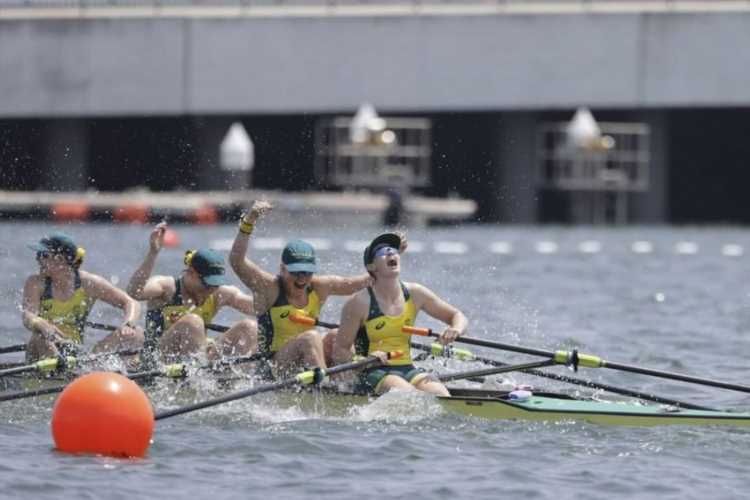 The Games may have only just started, but already Australia’s athletes are proving that they are a force to be reckoned with. Our top athletes have taken to their events with steely-eyed focus and determination, and while not everyone walks away with a gold medal, the way they have conducted themselves is reason alone for celebration. It’s there in our Aussie athletes that we see just what it means to be compassionate, kind and loyal sportspeople. Of course, there are still the upsets that make sport the engaging theatre of triumph and loss that it is. With that in mind, here’s a round-up of the key Olympic moments for female athletes over the last 24 hours at Tokyo 2020.

Ariarne Titmus gets the Golden Double

In jaw-dropping scenes, Titmus picked up her second gold in the 200m freestyle, setting a new Olympic record in the event as well. For viewers, it was a nail-biting swim. Titmus was in fourth place after the first 100m and still in third with only 50m to go. Thankfully, she had the ability to turn it on when she needed to go and a late surge saw her finish with an incredible time of 1 minute, 53.50 seconds. Titmus finished ahead of Hong Kong’s Siobhan Haughey and Canada’s Penny Oleksiak who took second and third respectively. As a result, Titmus joins Shane Gould and Ian Thorpe as the only Australians to win the 200m and 400m double at an Olympic Games.

While much of the focus has been on the rivalry between Titmus and Ledecky – who, it should be said, inspired Titmus growing up – special mention needs to go to Ledecky who became the first ever Olympic champion in the women’s 1500m freestyle. Having been edged out of a gold medal by Titmus in the 400m freestyle and ending up fifth in the 200m freestyle just an hour before the 1500m final, Ledecky then managed to put on an impressive performance in the final and win gold.

It might have just been a heat, but Emma McKeon has set an Olympic record in the women’s 100m freestyle, sending a warning to her competitors going into the event. Having already secured a bronze medal in Tokyo, McKeon showed just why she’s the favourite to win the event, setting a blistering time of 52.13 in the heat – a personal best and the eighth fastest of all time. McKeon will be joined by relay teammate Cate Campbell in the 100m freestyle semi-finals. Campbell won her heat in 52.80 to be the fourth-fastest qualifier for Thursday’s semi-finals.

More than two decades since the “Oarsome Foursome” reigned supreme, Australia is proving they are back as the dominating force in rowing. In an incredible morning of action, Australia’s male and female rowers won dual gold in back-to-back finals. The men’s and women’s quad sculls added bronze medals soon after to complete a stunning haul at Sea Forest Waterway.

The women’s four opened the medal tally for Aussie rowers with the crew of Lucy Stephan, Rosemary Popa, Jessica Morrison, Annabelle McIntyre. Despite being neck and neck with the Netherlands, they managed to edge out their competitors and cross the finish line first. The winning time of 6.15.37 also set a new Olympic benchmark. It was the first time the women’s four had featured on the Olympic rowing program since 1992. Popa said of the triumph, “I think it’s just a testament to show that we’ve all been pushing each other. Especially last year when we haven’t had any international racing and I think as a squad we’ve really elevated and we’ve practised this race 100 times. I think it was just executing the job on the day and I think every other crew has done that as well. So it’s quite amazing to come here and share it with other people.”

Their win was soon followed by a bronze medal in the quad scull finals. The women’s quartet of Ria Thompson, Rowena Meredith, Caitlin Cronin and Harriet Hudson claimed bronze to round out a hugely successful morning for Aussie rowers.

Today, the BMX racing cycling gets underway, along with the golfing competition. There are also medals available in the canoe slalom, fencing, judo, rowing, shooting, swimming and table tennis. It’s a slightly quieter program ahead of the start of athletics on Friday. Still, it’s a big day for swimming with medals to be had in the men’s 800m freestyle, men’s 200m break stroke, men’s 100m freestyle, women’s 200m butterfly and 4x200m freestyle relay final.

For more of our Olympic coverage, check out the stories below.

5 Of The Greatest Champion Mums In Olympic History