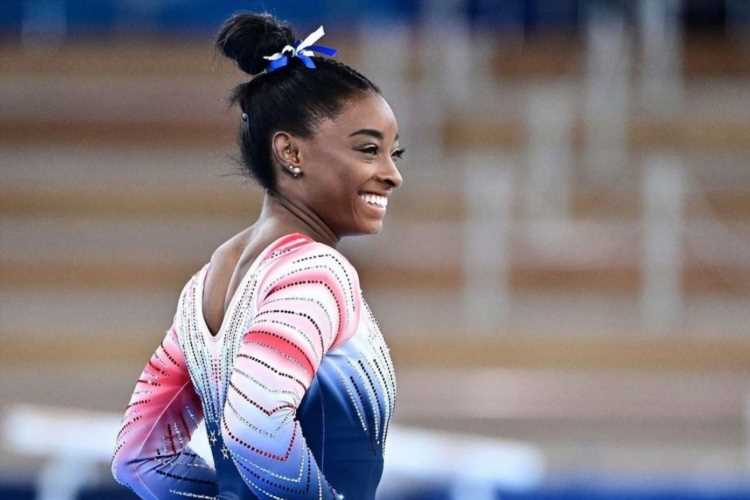 With all eyes now on our track and field stars, Australia’s athletes are proving that they are a forced to be reckoned with. Our top athletes have taken to their events with steely-eyed focus and determination, and while not everyone walks away with a gold medal, the way they have conducted themselves is reason alone for celebration. It’s there in our Aussie athletes that we see just what it means to be compassionate, kind and loyal sportspeople. Of course, there are still the upsets that make sport the engaging theatre of triumph and loss that it is. With that in mind, here’s a round-up of the key Olympic moments for female athletes from the last 24 hours at Tokyo 2020.

Australia’s Mariafe Artacho del Solar and Taliqua Clancy have upset the world No.1 pair to advance to the semi-finals of the women’s beach volleyball competition. The Aussies beat the Canadian duo of Sarah Pavan and Melissa Humana-Paredes, 21-15, 19-21, 15-12 and will now play Latvia in the semi-finals. Australia now finds itself as the favourites to advance to the gold medal match, becoming the first Australian duo to make the semi-finals of the women’s beach volleyball sine Athens 2004, where Natalie Cook and Nicole Sanderson eventually finished fourth.

Poland’s Anita Wlodarczyk made history when she won gold in the women’s hammer throw. Taking the lead with a throw of 76.01cm in the second round, Wlodarczyk then stretched her lead with throws of 77.44m and 78.48m in the third and fourth rounds. The stunning victory saw Wlodarczyk become the first woman to win three gold medals in any individual event, something that has proved rather elusive to other athletes attempting to do the same. Jamaica’s Shelly-Ann Fraser-Pryce and Croatia’s Sandra Perkovic were attempting the same, but sadly failed.

After a shock exit from the Olympics due to her mental health, Simone Biles returned to the balance beam competition in gymnastics. Fans were delighted to see her beaming smile once again, and she finished behind a one-two for China, with 16-year-old Guan Chenchen winning gold and Tang Xijing in silver. “It wasn’t easy pulling out of all those competitions,” said Biles.

“I physically and mentally was not in the right head space and I didn’t want to jeopardise my health and my safety because at the end of the day, it’s not worth it. My mental and physical health is above all medals that I could ever win.”

Having already won the 100m, Jamaica’s Thompson-Herah now proves she’s the fastest woman in the world as the 29-year-old took gold in the women’s 200m. She adds the historic double to her Rio 100m-200m double, becoming the first woman to retain the Olympic sprint double. She was so far clear at the end of the race that she even had time to wave to the crowd, a style we’ve previously seen from Usain Bolt.

“Oh my god, it’s amazing that I have ever seen this day. That I could complete another double. I can’t believe it. It feels amazing to win two golds again. I have had a rough week. I haven’t slept after the 100m final. I really had to pull it out to win the 200m,” she said. “I am so, so happy.”

The women’s hockey competition reaches the semi-final stage, semi-final bouts also take place in boxing and the women’s skateboarding park event also commences. In athletics, there are semi-finals in the men’s 110m hurdles, women’s 400m and 1500m. Medals will also be awarded in the women’s 400m hurdles final, women’s 3000m steeplechase, men’s hammer throw and men’s 800m final. All eyes will be on Peter Bol tonight, the first Australian man in 53 years to make an 800m final.