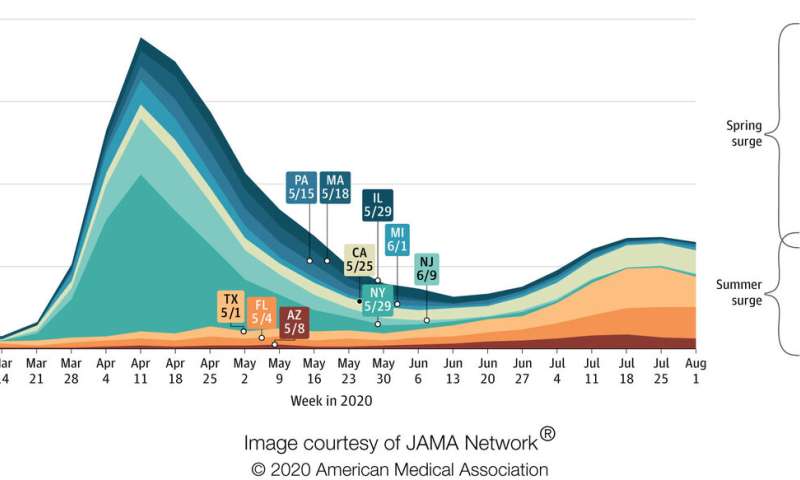 For every two deaths attributed to COVID-19 in the U.S., a third American dies as a result of the pandemic, according to new data publishing Oct. 12 in the Journal of the American Medical Association.

The study, led by researchers at Virginia Commonwealth University, shows that deaths between March 1 and Aug. 1 increased 20% compared to previous years—maybe not surprising in a pandemic. But deaths attributed to COVID-19 only accounted for 67% of those deaths.

“Contrary to skeptics who claim that COVID-19 deaths are fake or that the numbers are much smaller than we hear on the news, our research and many other studies on the same subject show quite the opposite,” said lead author Steven Woolf, M.D., director emeritus of VCU’s Center on Society and Health.

The study also contains suggestive evidence that state policies on reopening early in April and May may have fueled the surges experienced in June and July.

“The high death counts in Sun Belt states show us the grave consequences of how some states responded to the pandemic and sound the alarm not to repeat this mistake going forward,” said Woolf, a professor in the Department of Family Medicine and Population Health at the VCU School of Medicine.

Total death counts in the U.S. are remarkably consistent from year to year, as the study notes. The study authors pulled data from the Centers for Disease Control and Prevention for 2014 to 2020, using regression models to predict expected deaths for 2020.

The gap between reported COVID-19 deaths and all unexpected deaths can be partially explained by delays in reporting COVID-19 deaths, miscoding or other data limitations, Woolf said. But the pandemic’s other ripple effects could explain more.

“Some people who never had the virus may have died because of disruptions caused by the pandemic,” said Woolf, VCU’s C. Kenneth and Dianne Wright Distinguished Chair in Population Health and Health Equity. “These include people with acute emergencies, chronic diseases like diabetes that were not properly care for, or emotional crises that led to overdoses or suicides.”

For example, the study specifically showed that the entire nation experienced significant increases in deaths from dementia and heart disease. Woolf said deaths from Alzheimer’s disease and dementia increased not only in March and April, when the pandemic began, but again in June and July when the COVID-19 surge in the Sun Belt occurred.

This study, with data from March to Aug. 1, builds on a previously published JAMA article by the same authors from VCU and Yale University that focused on data from March to May 1. And it brings in new data about the timing of when states lifted restrictions on social distancing.

States like New York and New Jersey, which were hit hard early, were able to bend the curve and bring death rates down in less than 10 weeks. Meanwhile, states such as Texas, Florida and Arizona that escaped the pandemic at first but reopened early showed a protracted summer surge that lasted 16-17 weeks—and was still underway when the study ended.

“We can’t prove causally that the early reopening of those states led to the summer surges. But it seems quite likely,” said Woolf. “And most models predict our country will have more excess deaths if states don’t take more assertive approaches in dealing with community spread. The enforcement of mask mandates and social distancing is really important if we are to avoid these surges and major loss of life.”

Woolf paints a grim picture, warning that long-term data may show a broader impact of the pandemic on mortality rates. Cancer patients who have had their chemotherapy disrupted, women who have had their mammograms delayed—preventable, early deaths may increase in the coming years, he said.

“And death is only one measure of health,” Woolf said. “Many people who survive this pandemic will live with lifelong chronic disease complications. Imagine someone who developed the warning signs of a stroke but was scared to call 9-1-1 for fear of getting the virus. That person may end up with a stroke that leaves them with permanent neurological deficits for the rest of their life.”

Diabetes complications that aren’t being managed properly could lead to kidney failure and dialysis. And behavioral health issues, like emotional trauma, are going untreated. Woolf worries most about the lasting effects on children—long-term, generational outcomes.

“This isn’t a pandemic involving a single virus,” said Peter Buckley, M.D., dean of the VCU School of Medicine. “This is a public health crisis with broad and lasting ripple effects. VCU researchers have been diligent in their investigations into both treatment of COVID-19 and in understanding the long-term repercussions of the pandemic, so that fellow doctors, policymakers and community members can fight these battles on multiple fronts.”

The study complements another VCU researcher’s recent data showing an alarming surge in opioid overdoses at VCU Medical Center during the pandemic. Taylor Ochalek, Ph.D., a postdoctoral research fellow at the Wright Center, found a 123% increase in nonfatal overdoses between March and June this year, as compared to last, in a study also published in JAMA.

Woolf notes that the CDC has released provisional overdose deaths under a broad label called “external causes,” which also includes car crashes and homicides, making research like Ochalek’s all the more important.

“Car crashes decreased because fewer people were driving during the lockdowns,” Woolf said. “We worry that the broad umbrella category of ‘external causes’ may hide an increase in deaths from overdoses, because the opioid epidemic didn’t go away.”

The CDC, Woolf added, has rushed out provisional mortality data this year because of the pandemic. More reliable, granular detail will come out later and allow researchers to unpack the detailed contributors to excess deaths and secondary health impacts of the pandemic. 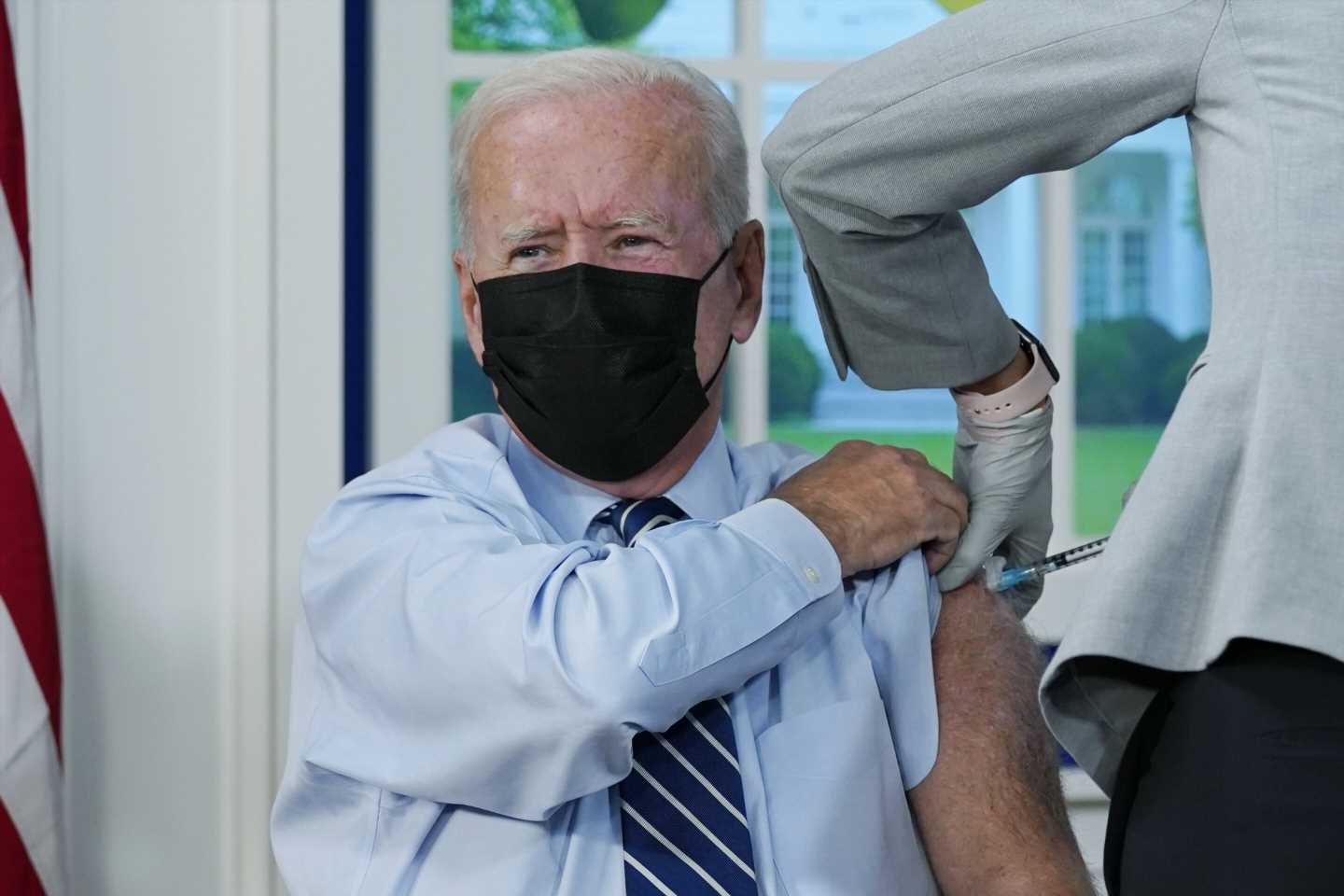