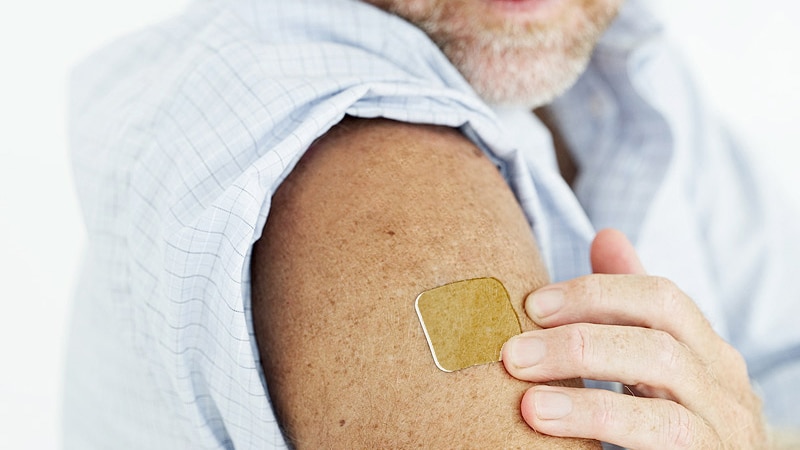 HP-3070, an asenapine transdermal system, is superior to placebo in reducing schizophrenia-associated hostility, results of a phase 3 study show.

The results suggest that these effects are at least partially independent of general antipsychotic effects or effects on sedation or akathisia.

“It’s important not to assume that antipsychotics decrease hostility by having people feel more sedated and that the only way to treat someone hostile is by sedating them,” lead investigator Leslie Citrome, MD, MPH, clinical professor of psychiatry and behavioral sciences, New York Medical College, Valhalla, New York, told Medscape Medical News.

“Our findings suggest that transdermal asenapine has a specific antihostility effect in patients with schizophrenia,” he added.

The study was published online on June 6 in the Journal of Clinical Psychiatry.

“These five domains are more or less independent of each other, in terms of treatment effects,” he noted

Citrome has long been interested in the activity of antipsychotics and their impact on these various symptoms — particularly hostility — and recently published a review focusing on the impact of an array of antipsychotics on this symptom domain.

“What struck me here is that this is a transdermal system, a patch,” Citrome said. “None of the sedation that would ordinarily be associated with a sublingual asenapine would be present here.”

Citrome wanted to investigate whether the transdermal system would have an impact on hostility because, if so, “it would support the notion that hostility is an independent treatment target in schizophrenia.”

To investigate, Citrome and co-authors analyzed data from the pivotal HP-3070 phase 3 randomized, double-blind, placebo-controlled study of adults with schizophrenia who were randomly selected to receive either HP-3070 7.6 mg/24h, HP-3070 3.8 mg/24h, or placebo for 6 weeks.

The trial found that once-daily applications of HP-3070 demonstrated significant improvement in Positive and Negative Syndrome Scale (PANSS) total scores after 2-3 weeks of treatment, with the improvements sustained through week 6.

The current study was a post hoc analysis focusing specifically on 442 patients with hostility and agitation (defined as PANSS hostility item score > 1).

The outcome was the least-squares mean (LSM) changes in the PANSS hostility item. They also analyzed PANSS–Excited Component (PANSS-EC) from baseline to week 6 in all study participants. Findings were adjusted for the presence of somnolence or akathisia.

At week 6, the LSM mean change from baseline (CFB) in the PANSS hostility score was superior in both treatment groups at 6 weeks compared with placebo.

The findings remained significant, even after the researchers adjusted for covariates.

For all patients, regardless of baseline PANSS hostility item score, PANSS-EC week 6 LSM CFB was greater in both treatment groups compared with placebo.

Patients with a PANSS hostility score > 1 at baseline in both treatment groups also showed significant improvement in PANSS-EC score compared with the placebo, beginning at week 2 and continuing through week 6.

“These effects of HP-3070 treatment on the PANSS hostility item score remained, even after adjustment for confounding variables, suggesting that the effect of HP-3070 on reducing symptoms of hostility may at be at least partially independent of general antipsychotic effects on hallucinations or delusions or the presence or absence of relevant medication-induced adverse effects, such as sedation or akathisia,” the authors comment.

They note that a limitation of the study is that it was conducted post hoc. In addition, the mean baseline PANSS hostility score was “low,” even among those with a score > 1, “translating to a severity level of minimal to mild,” which “limits the generalizability” of the analysis.

Commenting for Medscape Medical News, Rifaat El-Mallakh, MD, MS, director of the Mood Disorders Research Program, Department of Psychiatry and Behavioral Sciences, University of Louisville School of Medicine, Kentucky, said, “aggression and hostility may exhibit themselves as symptoms of a psychotic illness or independent of psychosis and are an important treatment target.”

El-Mallakh, who was not involved with the study, said the “most effective anti-aggression medicine is clozapine.” He believes that it is this effect that “gives clozapine its stellar reputation,” rather than its antipsychotic effect.

“Of importance, the anti-aggression effect of clozapine is independent of its antipsychotic effect, which is an important point because if the behavior is rooted in psychosis, then successful treatment of psychosis with any agent should reduce aggression.”

“It is important to consider aggression/hostility as an independent behavior in pharmacologic studies because it probably has its own biochemistry and neuroanatomy,” he added.