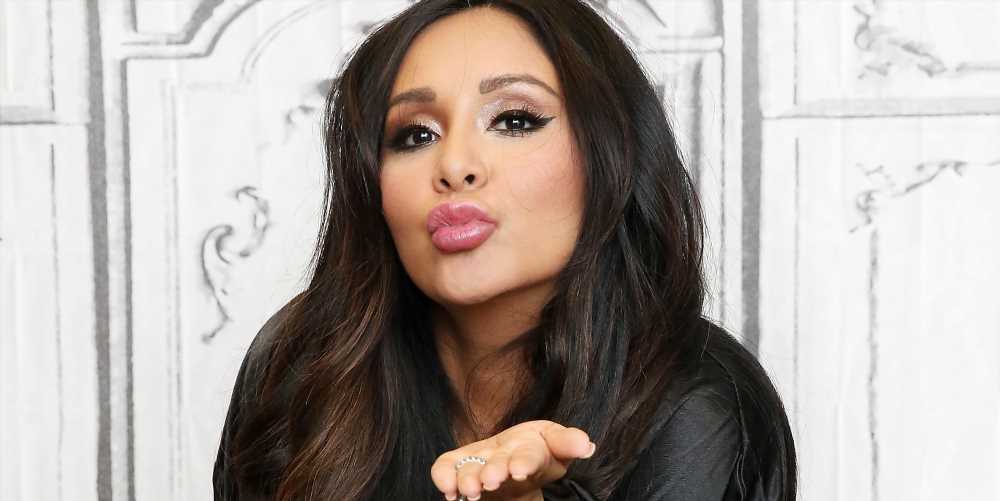 On May 30, Nicole “Snooki” Polizzi became a mom of three when she gave birth to her son, Angelo James LaValle. Since then, she’s been super open about her body and what it’s been like for her in the first few weeks since he was born.

But now, she’s revealing some super TMI details from her actual labor and delivery—and it’s something a lot of moms can definitely relate to.

In a new Instagram photo, Snooki shared a shot of herself in her hospital bed, likely just minutes before giving birth to Angelo. She’s laying on her side with an “I’m so over this” look on her face. “In this moment I was so worried I was gonna poop on my baby & poor doctor & nurse,” she wrote. “Pretty sure I didn’t. #MAWMA #LaborFun #JesusTakeTheWheel,”

In this moment I was so worried I was gonna poop on my baby & poor doctor & nurse. Pretty sure I didn’t. #MAWMA #LaborFun #JesusTakeTheWheel

Since giving birth (again, less than three weeks ago), Snooki’s been just as open with her postpartum symptoms. “My feet are swollen, I’m wearing a diaper, my son just peed and sh*t on me twice & my sciatica is acting up,” she wrote, in her first Instagram post, after baby—which she shared the day after giving birth. “Hello postpartum,” she added.

Then, four days after she gave birth, she shared a mirror selfie where she was still cradling a bump and talking about the fact she was still wearing a post-labor diaper.

“[Four] days postpartum & body is feeling good besides the fact that my cramps still feel like contractions!” she wrote. “Still healing but can’t wait to jump back into the gym hardcore this summer! Time to be a fit mawma again for my nuggets.”

And then less than 2 weeks after she gave birth, she came through with a bikini selfie (one that she sells in her store). “SNOOKINI @thesnookishop,” she wrote, adding, “(If you zoom in I’m still wearing my diaper.)”