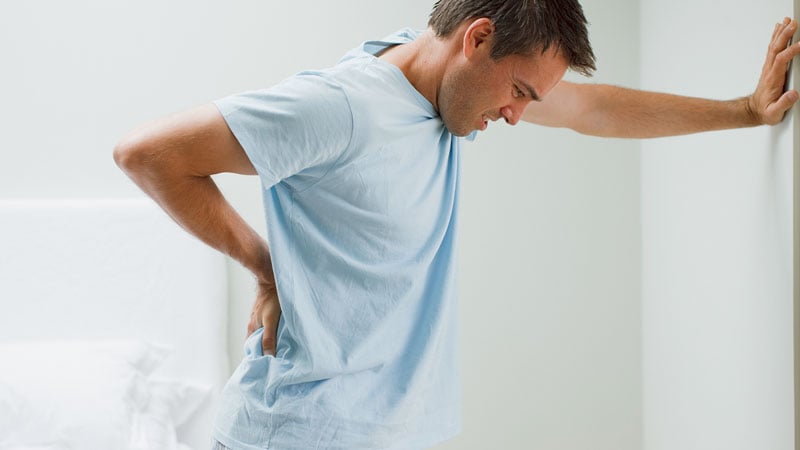 The 45-mg induction dose of upadacitinib, for example, resolved more anemia, peripheral arthropathy, and axial arthropathy than placebo. The 15-mg and 30-mg maintenance doses also were associated with greater resolution of EIMs, with the higher dose producing a significantly greater reduction in comparison with placebo.

Colombel, a gastroenterologist and professor of medicine at Mount Sinai Icahn School of Medicine in New York City, said he was not surprised to see this, given that the oral JAK inhibitor “has also demonstrated efficacy in rheumatoid arthritis, psoriatic arthritis, atopic dermatitis, and ankylosing spondylitis.”

He presented the study findings during an oral presentation February 19 at the European Crohn’s and Colitis Organisation (ECCO) 2022 Congress.

In the United States, AbbVie is seeking approval from the US Food and Drug Administration (FDA) for upadacitinib (RINVOQ) to treat active, moderate to severe ulcerative colitis. The company submitted regulatory applications in September 2021 for this indication.

About 1 in 4 Report EIMs

The researchers evaluated the U-ACHIEVE and U-ACCOMPLISH 8-week induction studies, in which 660 participants were randomly assigned to receive upadacitinib 45 mg and 328 patients were assigned to receive placebo. At baseline, 25% of treated patients and 27% of the placebo group had experienced at least one EIM.

The researchers also assessed outcomes of the 52-week U-ACHIEVE maintenance trial, in which 154 people with ulcerative colitis were randomly assigned to receive 30-mg upadacitinib, 148 to receive 15-mg upadacitinib, and 149 to receive placebo. Between 24% and 27% of participants in these groups reported at least one EIM at baseline.

In the pooled induction studies, a higher proportion of participants in the upadacitinib group achieved resolution of any EIM at 8 weeks compared with the placebo group (40% vs 33%).

Regarding specific EIMs, a higher proportion of those in the upadacitinib group had achieved resolution of peripheral or axial arthropathies at 8 weeks compared with the placebo group (55% vs 42%), and more participants experienced resolution of anemia (38% vs 33%).

Similar effects were observed in the maintenance study. Resolution of any EIM at 52 weeks was experienced by 66% of those in the 30-mg upadacitinib group, compared with 42% in the 15-mg upadacitinib group and 24% in the placebo group. The 30-mg results were significantly different than placebo (P < .001).

More participants in the 30-mg group also experienced resolution of anemia, compared with the 15-mg group and the placebo group (71% vs 50% vs 36%). Once again, the difference between 30-mg group and placebo was significant (P = .019).

When asked what physicians should be most concerned about when prescribing upadacitinib, Colombel pointed to the risks of serious infections, including herpes zoster. He added that there are potential risks of cardiovascular events, deep vein thrombosis, and cancers, “but it is too early to tell.”

“The excellent presentation by Prof Colombel further supports the high expectations by providing evidence on the effect of upadacitinib on extraintestinal manifestations,” said de Vries, a gastroenterologist at Erasmus Medical Center in Rotterdam, the Netherlands.

“For further conclusions on drug positioning, we have to await real-world data and head-to-head trials vs anti-TNF agents and vedolizumab,” she added.

The study was sponsored by AbbVie. Colombel has received research support from and is a speaker and consultant for AbbVie. de Vries reports no relevant financial relationships.