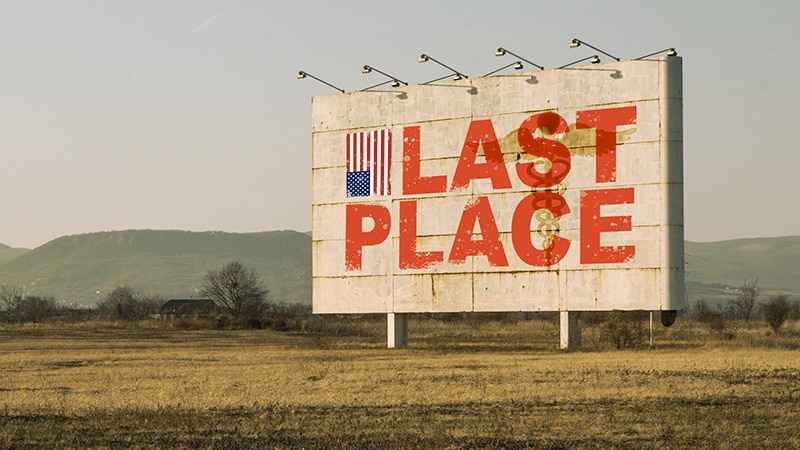 The US healthcare system ranked last overall among 11 high-income countries in an analysis by the nonprofit Commonwealth Fund, according to a report released today.

The report is the seventh international comparison of countries’ health systems by the Commonwealth Fund since 2004, and the United States has ranked last in every edition, David Blumenthal, MD, president of the Commonwealth Fund, told reporters during a press briefing.

Researchers analyzed survey answers from tens of thousands of patients and physicians in 11 countries. They analyzed performance on 71 measures across five categories — access to care, care process, administrative efficiency, equity, and healthcare outcomes. Administrative data were gathered from the Organisation for Economic Co-operation and Development (OECD) and the World Health Organization (WHO).

“In no other country does income inequality so profoundly limit access to care,” Blumenthal said.

In the United Kingdom, only 12% with lower incomes and 7% with higher incomes said costs kept them from care.

In a stark comparison, the researchers found that “a high-income person in the US was more likely to report financial barriers than a low-income person in nearly all the other countries surveyed: Australia, Canada, France, Germany, the Netherlands, New Zealand, Norway, Sweden, Switzerland, and the UK.”

“What this report tells us is that our healthcare system is not working for Americans, particularly those with lower incomes, who are at a severe disadvantage compared to citizens of other countries. And they are paying the price with their health and their lives,” Blumenthal said in a press release.

“To catch up with other high-income countries, the administration and Congress would have to expand access to healthcare, equitably, to all Americans, act aggressively to control costs, and invest in the social services we know can lead to a healthier population.”

Several factors contributed to the US ranking at the bottom of the outcomes category. Among them are that the United States has the highest infant mortality rate (5.7 deaths per 1000 live births) and lowest life expectancy at age 60 (living on average 23.1 years after age 60) compared with the other countries surveyed. The US rate of preventable mortality (177 deaths per 100,000 population) is more than double that of the best-performing country, Switzerland.

Lead author Eric Schneider, MD, senior vice president for policy and research at the Commonwealth Fund, pointed out that in terms of the change in avoidable mortality over a decade, not only did the United States have the highest rate compared with the other countries surveyed, “it also experienced the smallest decline in avoidable mortality over that 10-year period.”

US Excelled in Only One Category

The only category in which the United States did not rank last was in “care process,” where it ranked second behind only New Zealand.

The care process category combines preventive care, safe care, coordinated care, and patient engagement and preferences. The category includes indicators such as mammography screening and influenza vaccination for older adults as well as the percentage of adults counseled by a healthcare provider about nutrition, smoking, or alcohol use.

The United States and Germany performed best on engagement and patient preferences, although US adults have the lowest rates of continuity with the same doctor.

New Zealand and the United States ranked highest in the safe care category, with higher reported use of computerized alerts and routine review of medications.

“Too Little, Too Late“: Key Recommendations for US to Improve

Reginald Williams, vice president of International Health Policy and Practice Innovations at the Commonwealth Fund, pointed out that the US shortcomings in healthcare come despite spending more than twice as much of its GDP (17% in 2019) as the average OECD country.

“It appears that the US delivers too little of the care that is most needed and often delivers that care too late, especially for people with chronic illnesses,” he said.

He then summarized the team’s recommendations on how the United States can change course.

First is expanding insurance coverage, he said, noting that the United States is only one of the 11 countries that lacks universal coverage and nearly 30 million people remain uninsured.

Top-performing countries in the survey have universal coverage, annual out-of-pocket caps on covered benefits, and full coverage for primary care and treatment for chronic conditions, he said.

The United States must also improve access to care, he said.

“Top-ranking countries like the Netherlands and Norway ensure timely availability to care by telephone on nights and weekends, and in-person follow-up at home, if needed,” he said.

Williams said reducing administrative burdens is also critical to free up resources for improving health. He gave an example: “Norway determines patient copayments or physician fees on a regional basis, applying standardized copayments to all physicians within a specialty in a geographic area.”

Reducing income-related barriers is important as well, he said.

The fear of unpredictably high bills and other issues prevent people in the United States from getting the care they ultimately need, he said, adding that top-performing countries invest more in social services to reduce health risks.

That could have implications for the COVID-19 response.

“We know from our research that more than two thirds of US adults say their potential out-of-pocket costs would figure prominently in their decisions to get care if they had coronavirus symptoms,” he said.

Schneider summed up in the press release: “This study makes clear that higher US spending on healthcare is not producing better health especially as the US continues on a path of deepening inequality. A country that spends as much as we do should have the best health system in the world. We should adapt what works in other high-income countries to build a better healthcare system that provides affordable, high-quality healthcare for everyone.”

Blumenthal, Schneider, and Williams have reported no relevant financial relationships outside their employment with the Commonwealth Fund. Marcia Frellick is a freelance journalist based in Chicago. She has previously written for the Chicago Tribune and Nurse.com and was an editor at the Chicago Sun-Times, the Cincinnati Enquirer, and the St. Cloud (Minnesota) Times.