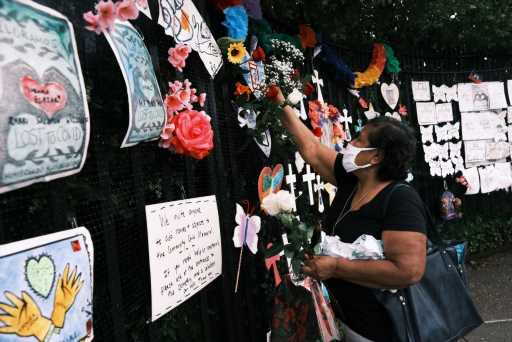 U.S. life expectancy dropped a striking 1.5 years in 2020 — the largest decline since World War II — as a result of the high death toll from the COVID-19 pandemic, according to a new report from the Centers for Disease Control and Prevention (CDC).

About three-quarters of 2020’s decline in life expectancy can be attributed to deaths from COVID-19, the CDC said, while 11% of the decline is due to increases in accidental deaths, including drug overdoses. Last week, the agency reported that a record 93,000 drug-overdose deaths occurred in 2020, which is a 30% increase compared with 2019, according to The New York Times.

Life expectancy at birth is an estimate of how long a population of people would live if they were to experience the death rates seen in a given period (in this case, in 2020), Live Science previously reported.

—The deadliest viruses in history

Life expectancy in the U.S. rarely declines, and even seemingly small drops make headlines. Most recently, U.S. life expectancy declined by 0.1 years in 2015, 2016 and 2017 — a trend that was attributed to rises in “deaths of despair,” including drug overdose and suicide, Live Science previously reported.

In February 2021, the CDC found a 1-year decline in life expectancy for the first half (6 months) of 2020; but the new report includes data for the full year.

The researchers also noted that the new report is preliminary, and estimates could change if additional death certificates are received, or if data from existing certificates is revised, the agency said.