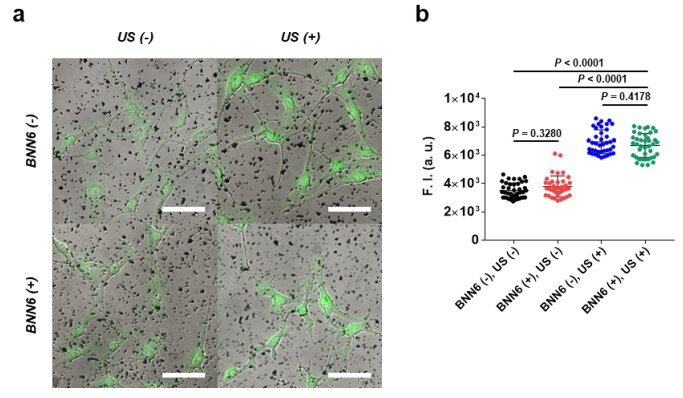 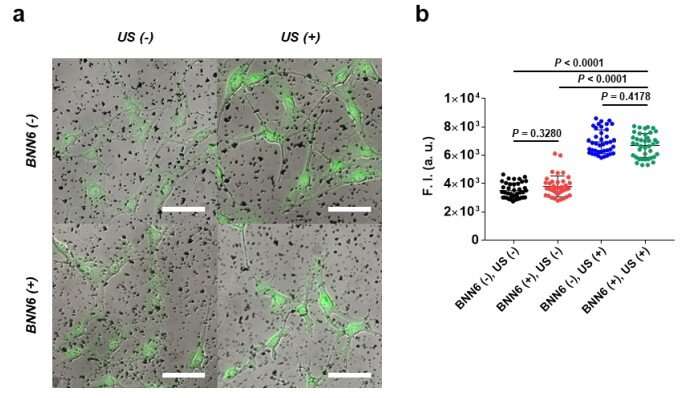 A team of researchers at Pohang University of Science and Technology, in the Republic of Korea, working with a colleague from the Georgia Institute of Technology in the U.S. has developed a method for deep brain stimulation without surgery. In their paper, published in the journal Nature Biomedical Engineering, the group describes passing piezoelectric nanoparticles through the blood–brain barrier (BBB) and using bursts of ultrasound to make them produce pulses of electricity.

Prior research has shown that applying small amounts of electricity to certain parts of the brain can be therapeutic for people with brain disorders such as epilepsy or Parkinson’s disease. Unfortunately, such treatment involves brain surgery to implant the tiny electrodes, which poses a number of risks to patients. In this new effort, the team working in Korea developed a method for deep brain stimulation without surgery.

The researchers developed a special type of piezoelectric nanoparticle that could make its way to the brain. The nanoparticles were of the type that emit electricity when subjected to ultrasound stimulation. Prior research has shown that nitric oxide, because it is so reactive, can disrupt the function of the BBB for short periods of time. To give their nanoparticles the ability to pass through the BBB, the researchers coated them with barium titanate and then a layer of nitric oxide mixed with polydopamine.

The researchers first tested their nanoparticles by subjecting them to a few jolts of ultrasound. They found the response was as expected; both nitrous oxide and direct current were emitted. They next tested their nanoparticles by placing several of them in a dish with neuron-like cells and found that when applying ultrasound, intracellular concentrations of Ca2+ channels increased, indicating that the cells had been electrically stimulated as hoped.

Next, the researchers injected their nanoparticles into test mice and subsequently confirmed that the nanoparticles had passed through the BBB. They followed that up by applying ultrasound from an external source to direct nanoparticles to emit electricity directly into the brain, leading to an increase in levels of dopamine. And finally, the researchers tested the behavior of Parkinson’s mouse models after they underwent deep brain stimulation via the nanoparticles and found improvements in motor function.

More testing is required, but the researchers are confident that they have found a way to provide patients with deep brain stimulation without the need for surgery.