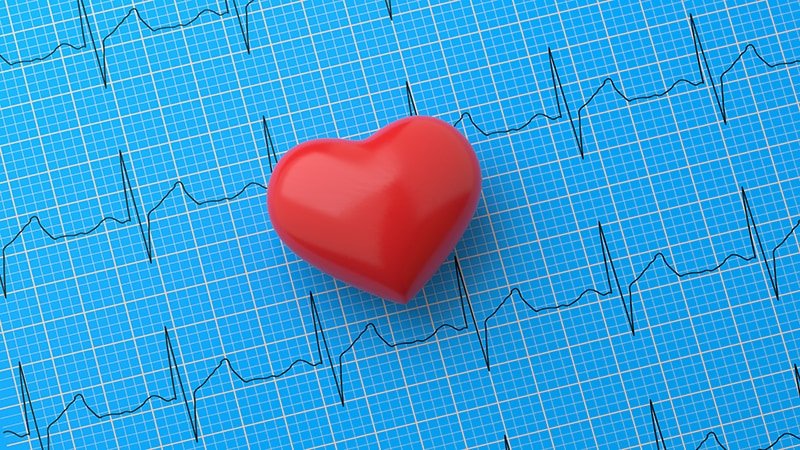 A new statement from the US Preventive Services Task Force (USPSTF) concludes that current evidence is insufficient to assess the balance of benefits and harms of screening for atrial fibrillation (AF) in asymptomatic adults.

The guidance is similar to the Task Force’s 2018 statement on screening for AF with electrocardiography (ECG) in asymptomatic adults 65 years or older, but lowers the inclusion age to adults 50 years or older.

“This 2021 evidence review included searching for evidence on additional screening methods such as automated blood pressure cuffs, pulse oximeters, and consumer devices such as smartwatches and smartphone apps. However, even with this expanded scope, the USPSTF did not find evidence to recommend for or against screening for AF,” the Task Force states.

The prevalence of AF increases in age from less than 0.2% in adults younger than 55 years to about 10% in those 85 years or older, the group says. The prevalence is higher in men than in women, but it is uncertain if it differs by race and ethnicity.

Although AF substantially increases the risk for stroke, the stroke risk associated with subclinical AF, particularly that of shorter duration lasting less than 24 hours or of lower burden, as might be detected by some screening approaches, is “uncertain,” the Task Force adds.

The updated recommendations are published online in JAMA on January 25, along with a separate evidence report and editorial.

Studies showed that systematic screening detected significantly more AF than no screening or pulse palpation (absolute difference, 1.0% to 4.8% over up to 12 months). In two of the trials, however, only 10.7% and 44.5% of participants actually received the screening test.

The review included three randomized trials of screening vs no screening that reported on health outcomes, but only one, STROKESTOP, was powered for health outcomes. It found a significantly lower risk for the primary composite endpoint of ischemic or hemorrhagic stroke, system embolism, bleeding leading to hospitalization, and all-cause mortality with twice-daily intermittent single-lead ECG monitoring for 14 days compared with no screening. However, there were no significant differences in any of the individual outcomes of the composite endpoint.

“Additionally, and probably the most important thing to appreciate for the STROKESTOP study is that it has several limitations,” Task Force member Gbenga Ogedegbe, MD, MPH, New York University, New York, told theheart.org | Medscape Cardiology. The intervention was not masked, and outcomes weren’t centrally adjudicated.

Further, “about 11% of patients in the trial had a history of transient ischemic attack (TIA), stroke or embolism and the population that we’re looking at within the Task Force are people without symptoms or history of stroke or ischemic attack,” he said. “That’s the fundamental difference here. So those limitations make it difficult to say that STROKESTOP actually has benefit.”

Notably absent from the review was the recent LOOP study, which found no significant benefit on outcomes with continuous monitoring with an implantable loop recorder (ILR) over usual care in older adults.

While it “offers some context for this issue,” it was not eligible for inclusion because 25% the population had a prior history of stroke, TIA, or embolism and “because this screening approach may not be feasible for primary care settings,” lead author of the Evidence Report Leila Kahwati, MD, MPH, from RTI International’s Social and Health Organizational Research and Evaluation Program, and the School of Medicine at the University of North Carolina at Chapel Hill, explained in an email.

Treatment with warfarin (mean, 1.5 years) was associated with a lower risk for ischemic stroke (relative risk, 0.32) and all-cause mortality (relative risk, 0.68), while direct oral anticoagulants were associated with a lower incidence of stroke (adjusted odds ratio range, 0.32 – 0.44). Patients had an increased risk for major bleeding with both warfarin (pooled relative risk, 1.8) and direct-acting oral anticoagulants (odds ratio, 1.38 – 2.21), but confidence intervals did not exclude a null effect.

The USPSTF found no trials that reported on the benefits of anticoagulation therapy in screen-detected patients.

In an accompanying editorial, Philip Greenland, MD, points out that the Task Force’s conclusion differs from the 2020 European Society of Cardiology AF guideline, which endorses opportunistic screening for AF by pulse palpation or ECG rhythm strip in patients 65 years or older (class I recommendation) and advises that clinicians consider systematic ECG screening to detect AF in people 75 years or older, or those at high risk for stroke (class IIa).

To possibly resolve whether screening for AF in asymptomatic patients is justified, “future trials may need to consider enrolling only higher risk patients and identifying those with AF of longer duration,” said Greenland, JAMA editor and professor of preventive medicine and medicine at Northwestern University Feinberg School of Medicine, Chicago, Illinois.

“One important point raised by the LOOP trial is whether there is a threshold for AF duration that is most strongly associated with stroke risk and therefore most likely to benefit from anticoagulation,” he writes. Indeed, the LOOP authors themselves questioned whether the trial’s short AF duration of 6 minutes may have led to many low-risk patients being diagnosed and treated.

In a related editorial in JAMA Internal Medicine, John Mandrola, MD, Baptist Health Louisville, Kentucky, and Andrew Foy, MD, Pennsylvania State University College of Medicine, Hershey, point out that continuous ILR monitoring in the LOOP trial found 3-fold more AF and led to 2.7-fold higher rates of oral anticoagulation use compared with standard care. Yet, there was no statistically significant difference in stroke reduction, and the 20% relative reduction in thromboembolic complications in the screened group was offset by a 26% relative increase in major bleeding.

“Perhaps the most remarkable aspect of the AF screening trials is that as the tools for screening improve, from a single 12-lead ECG to 14-day recordings and then the always-on ILR, more AF is detected and more [oral anticoagulant] is used, yet there is little demonstrable improvement in outcomes,” Mandrola and Foy write.

The editorialists also point to the potential for rhythm monitoring to lead to misdiagnosis and downstream cascades of care. “If you assume a 2% AF prevalence, even a device with 98% specificity will misdiagnose approximately 2000 individuals for every million screened.”

Mandrola told theheart.org | Medscape Cardiology that the “greatest value” of these reports on AF screening and the critical appraisal of them is as an exercise in thinking about the limits of screening for disease. As James Maxwell Glover Wilson and Gunner Jungner wrote in their 1968 textbook, Principles and Practice of Screening for Disease: “in theory, screening is an admirable method of combating disease…[but] in practice, there are snags.”

“It would be good for the public to understand these snags…because they also apply to cancer, coronary calcium testing, and vascular screening as well,” Mandrola said.

Asked whether it’s possible to put the genie back in the bottle now that every other patient in clinic may have an ECG on their wrist, Ogedegbe said, “if a patient has no history of stroke or TIA and is 50 years or older, really, monitoring with these devices for Afib, there’s no evidence for or against doing that. Ultimately, the clinician has got to use their clinical judgment in talking to these patients.”

A related editorial in JAMA Cardiology suggests that, to be effective, the movement toward consumer-based screening must first show that such an approach improves outcomes and must deal with the paradox that those at highest risk for AF and AF-related stroke may be the least likely to own these technologies unless supported by the healthcare system.

“In addition, appropriate care pathways for confirming the diagnosis and, if necessary, initiating appropriate treatment in individuals with positive findings will need to be established,” Rod Passman, MD, Northwestern University, and Ben Freedman, MBBS, PhD, University of Sydney, Australia, say. “It will also be critical to ensure that device costs and variable technological literacy do not create barriers to making screening accessible to all those at risk.”

Finally, in a related editorial in JAMA Network Open, Matthew Kalscheur, MD, and Zachary D. Goldberger, MD, both from the University of Wisconsin-Madison, say the potential benefits of early AF detection should extend beyond stroke prevention.

“Patients identified with AF likely would benefit from targeted management of modifiable risk factors that contribute to AF, including obesity, hypertension, alcohol use, sleep apnea, smoking, and diabetes,” they write.

The USPSTF is an independent, voluntary body. The US Congress mandates that the Agency for Healthcare Research and Quality support the operations of the USPSTF. All members of the USPSTF receive travel reimbursement and an honorarium for participating in USPSTF meetings. The original article lists relevant financial relationships of Task Force members. Ogedegbe has a study included in the Evidence-based Practice Center report for this topic . Kahwati reported no relevant financial conflicts of interest. . Greenland reported receiving research grants from the National Institutes of Health and from the American Heart Association. Mandrola is a regular contributor to theheart.org | Medscape Cardiology. Foy, Kalscheur, and Goldberger reported no relevant financial relationships.