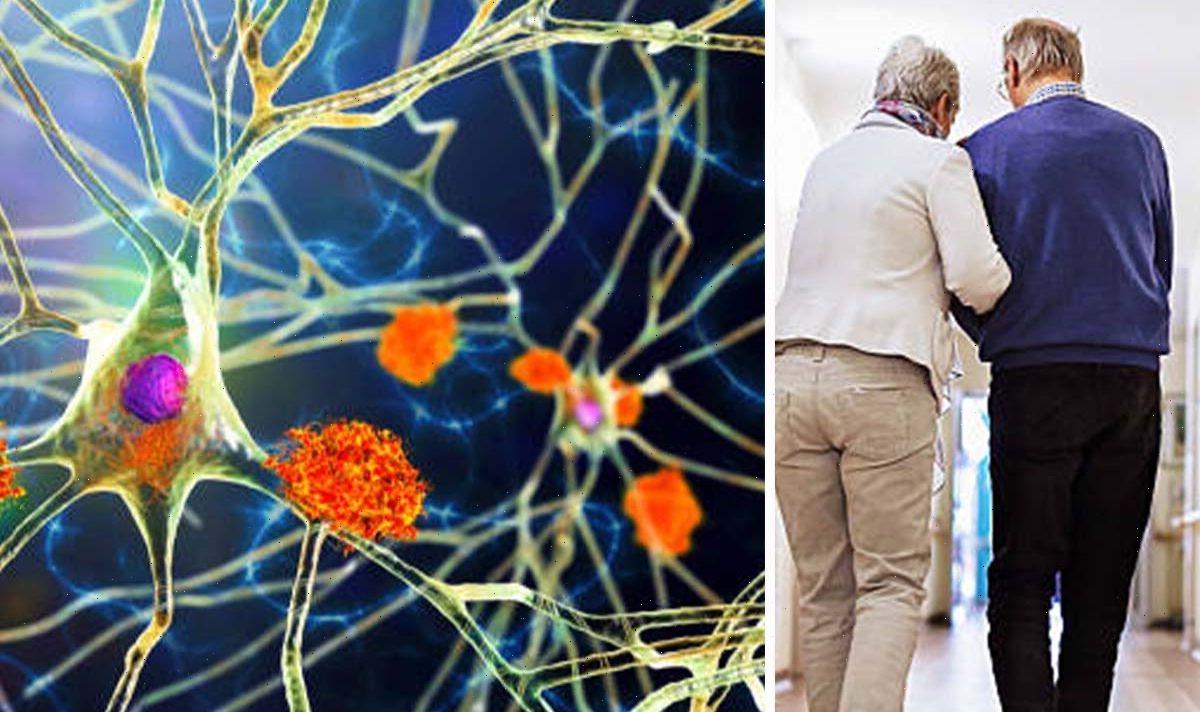 The NHS says it is estimated to affect around 150,000 people in the UK. The Mayo Clinic says: “Vascular dementia symptoms vary, depending on the part of your brain where blood flow is impaired.” It notes a possible sign is an “unsteady gait”. The Alzheimer’s Association notes that difficulty walking and poor balance are also possible signs.

The Mayo Clinic says other possible vascular dementia signs and symptoms include:

The Alzheimer’s Association says about 5 percent to 10 percent of people with dementia have vascular dementia alone. It is more common as a part of mixed dementia.

The Mayo Clinic explosions: “Sometimes a characteristic pattern of vascular dementia symptoms follows a series of strokes or ministrokes.

“Changes in your thought processes occur in noticeable steps downward from your previous level of function, unlike the gradual, steady decline that typically occurs in Alzheimer’s disease dementia.”

The charity states: “Some symptoms may be similar to those of other types of dementia. Memory loss is common in the early stages of Alzheimer’s, but is not usually the main early symptom of vascular dementia.”

The AS says it is common for someone with early vascular dementia to experience mood changes, such as apathy, depression or anxiety.

It states: “Depression is common, partly because people with vascular dementia may be aware of the difficulties the condition is causing.

“A person with vascular dementia may also become generally more emotional. They may be prone to rapid mood swings and being unusually tearful or happy.”

The AS says if the vascular system within the brain becomes damaged – so that the blood vessels leak or become blocked – then blood cannot reach the brain cells and they will eventually die. This death of brain cells can cause problems with memory, thinking or reasoning.

“Together these three elements are known as cognition. When these cognitive problems are bad enough to have a significant impact on daily life, this is known as vascular dementia,” it states.

Dementia UK says if vascular dementia is caused by or related to heart disease, diabetes, or strokes, changing lifestyle and taking medication to control these conditions may prevent dementia from getting worse.

The NHS says dementia can be difficult to diagnose, especially if your symptoms are mild.

“If the GP has been able to rule out other causes for your symptoms, they’ll refer you to a healthcare professional who specialises in diagnosing dementia,” it adds.

The Mayo Clinic says the health of your brain’s blood vessels is closely linked to your overall heart health.

It notes: “Keeping your blood pressure in the normal range may help prevent both vascular dementia and Alzheimer’s disease.”

Moreover, it says: “Regular physical activity should be a key part of everyone’s wellness plan.

“In addition to all of its other benefits, exercise may help you avoid vascular dementia.”