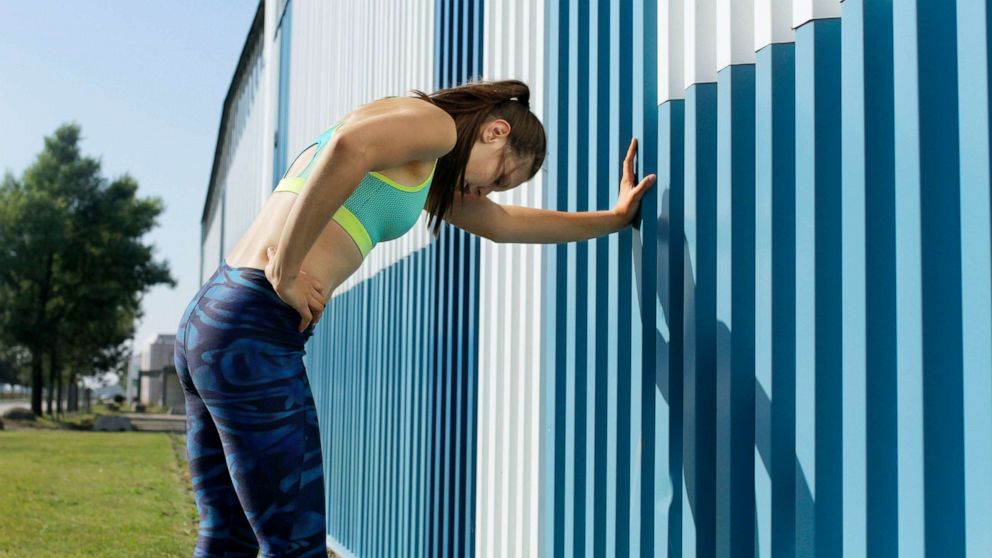 As the weather warms up, more people are heading outside for both fun and exercise. But with warm weather comes a greater risk of heat-related illnesses, which is why it’s important to stay hydrated, especially if you’re practicing high-intensity activities, such as running.

Heat-related illness is more likely to affect people who are 65 years old and above, however, other age groups can also be affected. From 2001 to 2010, there were 28,000 heat-related hospitalizations in the United States, with the highest rates occurring in the Southeast and Midwest, according to the latest figures from the Environmental Protection Agency. From 1979 to 2014, over 9,000 people died from heat-related causes.

During that same time period, however, sports-related heat strokes more than doubled, with more deaths reported between 2005 and 2009 than any other five-year period in the preceding 30 years, according to a 2014 study.

The good news is these complications are preventable if you take the right precautions.

Here’s what you should know about heat-related illnesses and staying hydrated.

Why is hydration important?

Water is a fluid that’s necessary for carrying nutrients to our cells, preventing constipation and improving mental and physical performance.

It’s also essential for sweating, one of the main mechanisms the body uses to cool down. When we sweat, the heat that our bodies produce is transferred into the water within our bodies, which is then expelled as sweat. Without proper hydration, the body is unable to cool down properly. Dehydration can lead to heat-related illnesses, such as heat exhaustion, heat cramps and heatstroke.

For the average person each day, the Centers for Disease Control and Prevention recommends that women drink 2.7 liters of water (from all beverages and foods and men drink 3.7 liters.

What are some warning signs of dehydration?

Common symptoms include feeling light-headed, dizzy, nauseous or tired and having headaches. These are often the first signs of heat exhaustion. Urine is also a good way to determine your hydration levels — the lighter it is, the more hydrated you are. If it appears dark yellow or amber, then it’s more concentrated, and you’re most likely dehydrated.

If these symptoms become more severe, they can lead to shock, a condition where the body’s tissues are unable to maintain adequate blood flow.

What are some complications of dehydration?

When symptoms of dehydration become more severe, they can lead to major complications if left untreated. Dehydration occurs when the body has lost its stores of salt and water. If these stores aren’t replenished, painful, involuntary muscle spasms known as heat cramps can occur.

In cases of severe dehydration, a person can go into shock due to inadequate blood flow throughout the body’s tissues and muscle tissues can break down — a condition known as rhabdomyolysis. This, in turn, can progress into life-threatening complications such as heat stroke, which occurs when the body overheats and sweating and other cooling mechanisms fail.

Is it possible to overhydrate?

Though rare, it is possible to drink water to the point that it’s dangerous. This is because too much water can lead to a low sodium level, known as “hyponatremia.”

The biggest risk factor for the condition is drinking too much water too quickly — more than 1.5 liters per hour — which leads to fluid overload. Other risk factors, according to one review, included a longer race time — such as in marathons — a lower body mass index, and being a woman.

Despite sports drinks with added carbs or electrolytes providing sodium to those who drank them, a 2006 study found that they were still not effective at preventing exercise-associated hyponatremia in older, active adults ages 54 to 70.

How can I stay properly hydrated?

The American College of Sports Medicine has provided key tips for hydrating yourself before, during and after an intense workout. Here they are:

· Hydrate. Drinking fluids with meals will help replace the ones you lose during exercise and reduce your risk of dehydration.

· Checking your daily weight can be a helpful tool to track fluid loss. Postexercise and day-to-day changes are likely from losing fluid.

· Consider drinking 16 to 20 fluid ounces four hours before you exercise, especially if your weight is on the lower end pre-exercise.

· Allow your body to recover after exercise for at least eight to 12 hours to help with fluid replacement.

· Drink no more than 0.8 liters of fluids per hour because anything more could put you at risk for hyponatremia.

· Adjust for the weather. Hotter temperatures mean more fluid loss, so you will need to drink more.

· Consider drinking something with 6% to 8% carbohydrates for longer events.

· Drink 16 to 24 fluid ounces for every pound lost relative to your pre-workout weight.

· After exercise, you should drink beverages with your meal.

Dr. Nitya Kumar is an internal medicine resident physician in Houston, Texas, and a member of the ABC News Medical Unit.