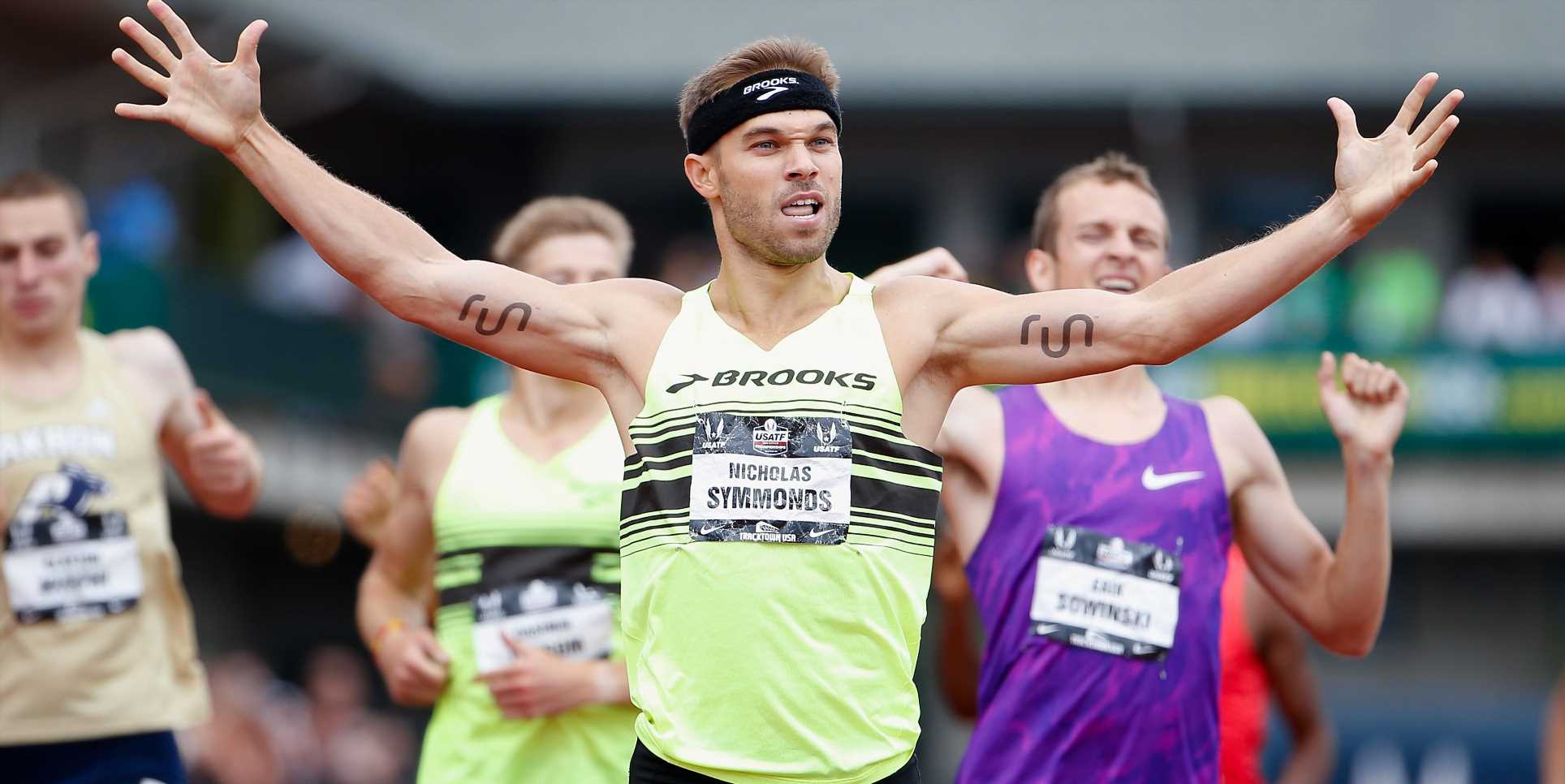 Ever since two-time Olympic 800 meter runner Nick Symmonds, 35, retired from professional running in 2017, he has kept himself busy checking off tough—and sometimes wacky—athletic challenges in his free time.

Last year, he announced that he wanted to become the first man in history to run a sub-4 minute mile and summit Everest. Then earlier this month, he ran the fastest known 100 meters run wearing ski boots, finishing in 13.71 seconds (the previous record was 14.09). While summiting Everest is still on the bucket list, his most recent challenge was a task most of us can relate to: running while dribbling a basketball.

On August 23, he set the fastest known record for a mile run mile while dribbling, finishing the distance in 5:29 at a track near his home in Oregon. That time beats the official current Guinness record set by North Carolina’s Colin Shaver in May 2018, 6:57, by nearly a minute and a half. However, the time Symmonds was really trying to beat, he said, was the 6:06 mile his brother, AJ Lapray, ran previously while dribbling a basketball.

While a 5:29 mile pace isn’t too demanding for Symmonds, who holds a personal best mile time of 3:59, dribbling a basketball while hitting that speed wasn’t easy. He told Runner’s World that instead of running a smooth, steady pace, he had to surge with the ball when it bounced ahead.

“The turns were especially challenging. I almost lost the ball a few times on the curves,” said Symmonds, who used his right hand to dribble. “I would have benefitted from using my left hand, but I’m just not that coordinated. I wasn’t so much dribbling as pushing the ball forward.”

Luckily, Symmonds’s childhood years spent on team sports helped out. “I played just about every sport in high school,” Symmonds said. “Basketball, soccer, ice hockey, skiing, you name it. It just happened to be running that I really stood out at.”

Symmonds came through his first lap in 1:24, then slowed down in his second lap, splitting 2:45 at 800 meters. Still on pace to run sub-six minutes going into his final lap, he had a slight hiccup on the curve of the last 400, losing contact with the basketball as it rolled off to the edge of the track. He was able to grab it and resume dribbling, though, and wound up finishing the race in 5:29.

🔥My SECOND WORLD RECORD!!! If you thought the ski boots were ridiculous, wait until you watch me run the mile… while dribbling a basketball😎🏀 Link in bio!

Now that he’s checked running a fast basketball-dribbling mile off his bucket list, Symmonds is brainstorming other challenges to complete. “I am working on one now that will take me about a month to train for,” he said. “There are some I probably will never be able to do.”

[Smash your goals with a Runner’s World Training Plan, designed for any speed and any distance.]

While Symmonds enjoys setting these goofy goals and posting videos of himself conquering them, the challenges are also a way for him to connect with younger athletes in a less-serious setting than the professional running circuit. At the end of his basketball mile video, he encourages his viewers to take a ball to their own track and try to break his record. Anyone who goes sub-5:29—and posts a video of themselves doing it—will get a free headband from RunGum (Symmonds’s caffeinated gum company) in the mail, he said.

“I want to motivate people to try new things and challenge themselves,” he said.

From: Runner’s World US