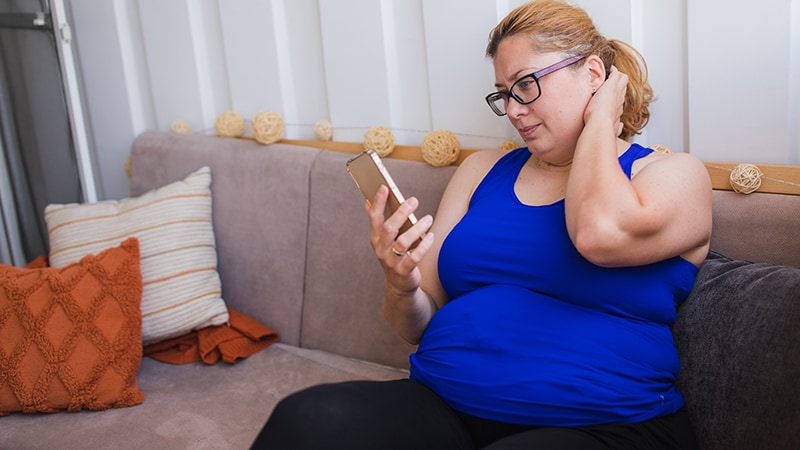 Women with repeated attempts at weight loss, even if the weight is regained, have modestly greater weight loss at an obesity management clinic than women without such a history, data suggest.

“It should be harder for you to lose weight when you’re older, as opposed to younger. That’s just biology,” study author Sean Wharton, MD, PharmD, medical director of the Wharton Medical Clinic in Burlington, Ontario, Canada, told Medscape Medical News. But older people “have practiced a whole lot more than younger people. That’s probably one of the big things” in their favor, he added.

Wharton also is a clinical adjunct professor at York University in Toronto, Ontario, Canada, and the lead author of 2020 Canadian clinical practice guidelines on obesity.

The current data were published Sept. 23 in Obesity.

To examine these questions, the current researchers analyzed the experiences of patients with obesity treated at the Wharton Medical Clinic Weight Management Program in Hamilton, Ontario, Canada. At enrollment, participants responded to a questionnaire that elicited information about basic demographics, past weight loss and health practices, medical history, and family medical history. Patients did not receive any stipend for their participation and consented to the use of their medical data for research purposes. The investigators assessed weight change through a retrospective review of electronic medical records.

The study examined a data set that included 36,124 patients, who were predominantly White, middle-aged women. “Although this is reflective of the demographic that is most commonly seeking obesity management in North America, the applicability of these findings to other groups is unclear,” wrote the investigators.

To examine how long participants had been trying to lose weight, the investigators analyzed their age of overweight onset. Most participants reported having become overweight before age 40 and having lost at least 4.5 kg at least once in their lifetime. Older women with a longer history of losing weight had better results during the study.

The finding of greater weight loss in older women who were experienced in dieting was surprising, said Wharton. It may reflect the effects of perseverance and lifestyle changes. “The other thing is that [older women] also have more time. They have more availability. They make more appointments. They have the ability to be more focused,” said Wharton.

The Wharton Medical Clinic operates within the Ontario Health Insurance Plan, and all services are provided at no charge to the patient, which may reduce the selection bias against patients with low socioeconomic status, wrote the investigators.

Commenting on the study for Medscape, Lesley D. Lutes, PhD, director of the Center for Obesity and Well-Being Research Excellence (CORE) at the University of British Columbia, Vancouver, British Columbia, Canada, said that one of its strengths was its reflection of real-world experience.

Too often, study populations do not reflect well the experiences of people battling obesity, she added. Many potential participants are excluded because of common medical comorbidities such as heart conditions. “So, you don’t see the real-world outcomes for the majority of people” from these studies, said Lutes.

Furthermore, researchers sometimes draw conclusions about obesity based on data that draws from only a “tiny slice” of the group of patients who can qualify for studies, she added. The resulting recommendations may not suit most patients.

In contrast, the current research was based on a more inclusive set of patient data. “That was an incredible strength of this study, that there [were] no exclusionary criteria” in terms of medical conditions, she said.

No outside funding for the study was reported. Wharton is the medical director of the Wharton Medical Clinic, where the study was conducted, and has received speaker honoraria or consulting fees from NovoNordisk, Bausch Health Canada, and Obesity Canada. Lutes reported no relevant disclosures.

Kerry Dooley Young is a freelance journalist based in Miami Beach. She earlier covered health policy and the federal budget for Congressional Quarterly/CQ Roll Call and the pharmaceutical industry and the Food and Drug Administration for Bloomberg. Follow her on Twitter: @kdooleyyoung.