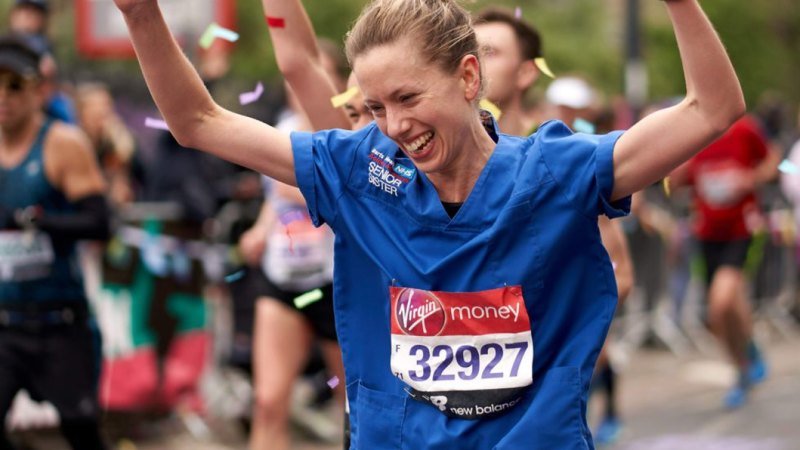 Growing up in a sporty family, we lived for the competition. A master of incentivisation, Dad would stand at the finish line of the 100 metres dangling a Redskin or Killer Python. It was a tactic that, I’m sure, gave me the competitive edge needed to smash the under six Northern Suburbs Little Athletics record of 19 seconds.

The killer instinct continued off the track. At home from Saturday sport, still wearing our parachute trackies and trainers, my brothers and I would eat hamburgers “with the lot” and feed our grumbling ambitions by watching Australians win things on Nine Wide World of Sport. 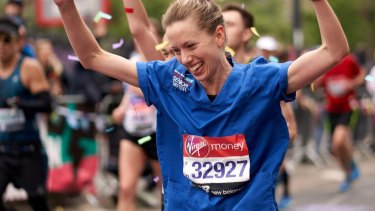 For the first time, there are more female than male runners. Credit:Twitter: Jessica Anderson‏ @Janderzzz

It was a time when the gap between those who were athletic or not, those who were competitive or not, seemed great. If you wanted to go in the City 2 Surf or the marathon (or any competitive running race, including the under six 100 metre sprint), you went in it to win it.

But that was the 80s and times have changed. Today, competitive running is on the decline.

The new State of Running report, by the International Association of Athletics Federations and athletics website Run Repeat, has found recreational runners globally have never been slower.

In terms of speed, Australians are pretty average. Across distances (marathon, half marathon, 10km, 5km), we are 25th in the world, but for the 10km, we are the slowest country in the western world, coming in at 102 out of 193 countries.

The report, based on more than 70,000 races between 1986 and 2019, found that more people are participating, not for the win, but for the experience as “fun runs”, colour runs, obstacle course races, mud-runs and destination races become par for the course.

“If we go 20 or 30 years back, the ones who ran a marathon did it with an achievement-focused motive,” says lead researcher, Jens Jakob Andersen. “Either it was to prove to themselves that they could do it – do the impossible – or it was to set a new personal record. One would race locally, or maybe travel to the nearest larger city.

“Fast forward to today. These people that ran marathons 20 or 30 years ago now do Ironmans, ultra running and the likes. Not all of them, but a fair share. For the ones who still do marathons, some will of course still do it with achievement-motives, but… people participated not to be number one or to set a new personal record, but to be part of something.”

There are also more older participants than ever before and, for the first time, more female than male runners.

A schoolfriend of mine, Carrie, is among the the 52 per cent of females participating in Australian events, the fifth highest proportion of women runners in the world.

Never a runner when we were young, she took up running a-year-and-a-half ago with other mums from her daughter’s kindy class. 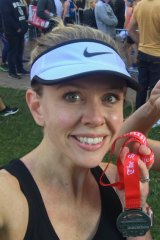 Carrie finds the fun in the run.

She had never run more than three kilometres, but saw it as a social way to get out in nature and “more of a lifestyle thing” than going to the gym.

“I really didn’t enjoy it at first because I found it hard,” she tells me. But, she did enjoy getting to know the other mums and challenging herself so she kept going. About four months later she had a “magic moment” when running began to feel good.

“It was a social, non-competitive thing,” she says. But, although she “just wanted to finish” she also found it stoked her competitive fire and she made it in under two hours.

Jimmy Owens, owner of Jorg Fitness who runs the free City2Surf training sessions in Sydney, says he “definitely” sees more women than men training and participating. It's “big time… girl power” he says, adding that he has also witnessed the shift from competition to social: “Times are slower and have been for a decade to be honest.”

Speed aside, Australian participation in running has never been more popular. “Where other regions such as North American and Europe have started to see decline in participation, Australia is still growing. Last year was up 9 per cent,” Andersen says.

Carrie gets it. Having done the Sydney half marathon last month, she is planning to pair a girl’s weekend away with the Gold Coast 10 km fun run in July before another girl’s trip to coincide with the Queenstown half marathon in November.

“It’s addictive,” says the mum of two, who now trains at least three times a week. “A large part of running and participating in events is not only satisfying for me but exciting and inspirational for my kids. Seeing me active and looking after myself is positive role modelling for my kids.”

Other State of Running findings