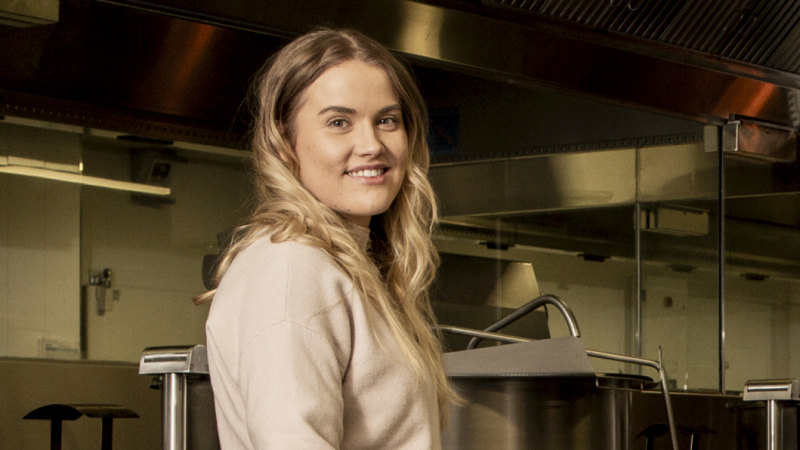 Jaclyn Jauhiainen's 22nd birthday was not quite what she had hoped.

Sharing breakfast with her sister, Ms Jauhiainen told the restaurant she suffers from anaphylaxis triggered by tree nuts, including cashews and pistachios, as well as honey. 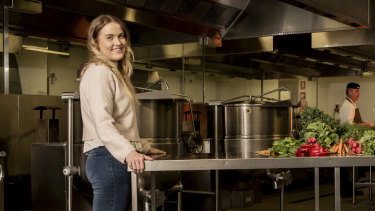 Allergy sufferer Jaclyn Jauhiainen is excited for the National Allergy Strategy’s new online training program, which is freely available to all cooks and chefs from today.Credit:Alina Gozina

The waitress said she understood, but Ms Jauhiainen's meal still came back with pine nut-laden pesto on top. She complained and the waitress took it back, saying the restaurant would remake the meal.

When the plate returned, it was clear the staff had just scraped the pesto off, leaving enough nut residue on the food to hospitalise her.

"I got really upset and didn't want to confront them again. I just paid and left but obviously I didn't eat it because what they really didn't understand is that I still can't eat it," Ms Jauhiainen, who is now 24 and studying psychology, said.

It teaches chefs basic lessons like separating cooking surfaces for different food, paying attention to unassuming elements of the dish that often cause problems (such as garnishes), and not using the same implements across menu items.

Previous training developed by the organisation was aimed primarily at front of house staff, with over 11,000 food service industry workers taking part since it was launched in 2017.

"It is much needed training," said chief executive of Allergy and Anaphylaxis Australia Maria Said of the new training specifically for chefs, adding the biggest lesson was for cooks and chefs to take the issue seriously.

"The ones who really understand the seriousness of food allergies are often those who have seen an allergic reaction with their own eyes."

In Victoria, the only state which tracks the number of hospital admissions for anaphylaxis, about 50 people are admitted to hospital with anaphylaxis every week, with about 60 per cent of those admissions caused by food allergies.

Associate Professor Richard Loh from the University of Western Australia said the number of people with serious food allergies was rising fast nationwide.

Based on global and local studies, Associate Professor Loh estimates about 4 per cent of Australian adults – or about 800,000 people – have a food allergy, as distinct from those with a lower-level food intolerance. In addition, fewer people are growing out of childhood allergies.

"15 years ago, over 95 per cent of milk and egg allergy sufferers would outgrow it by age 16, now only 85 per cent have outgrown it. If it's peanut and tree nuts, only one in five outgrow it," he said.

"I keep warning about adult allergies — you need to be ready for this tsunami of young adults with food allergies."

As the number of allergy-sufferers grows, Associate Professor Loh said food service providers are "going to go broke" if they are unable to guarantee safe food for customers.

A particular challenge, Ms Said said, is that the food service industry has some of the highest rates of participation by new arrivals to Australia, some of whom may be used to dealing with different food allergies or have limited English.

Though the training is only offered in English at the moment, Ms Said said she wanted governments to translate Australia's food safety laws and codes into other languages, as well as make the training mandatory in the industry.

"Australia has a varied cuisine that we all love so much and treasure but it does cause issues for us when it comes to food allergies," she said. "Who checks that the people running the business understand our food standards code? It's a big issue."

Ms Jauhiainen said the training would have a huge positive impact on allergy sufferers, allowing them to dine out with confidence.

"I'm really thankful and grateful for the people that actually do the training," she said.