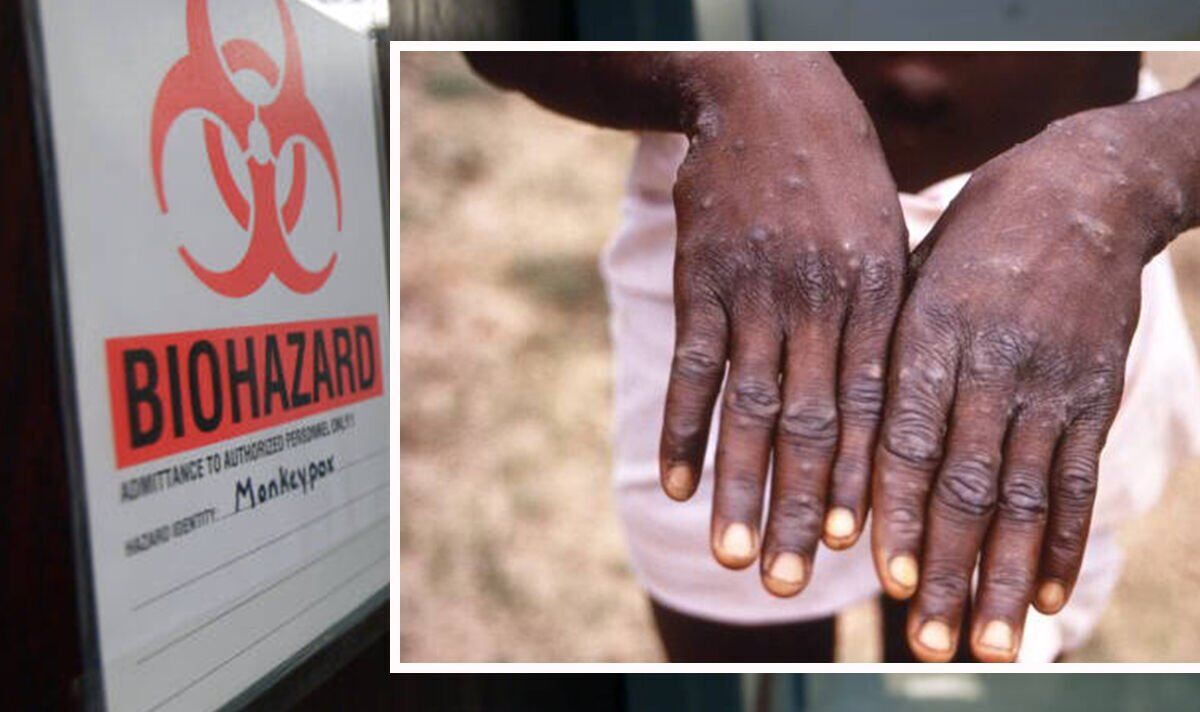 On Friday Health Secretary Sajid Javid announced that the number of Monkeypox cases recorded in Britain had more than doubled to 20. Mr Javid confirmed that he had updated G7 health ministers on the spread of the virus which has also led to the World Health Organisation (WHO) convening an emergency meeting.

Where does Monkeypox get its name?

Scientists came up with the name Monkeypox in 1958 after it was first detected in laboratory monkeys.

The first human case of Monkeypox was recorded in 1970 in the Democratic Republic of Congo during a period of intensified effort to eliminate smallpox.

Since then Monkeypox has been reported in humans from other central and western African countries.

To help guard against any future cases Mr Javid has said the UK was stocking up on smallpox vaccines.

As the two viruses share similarities a smallpox jab offers some good protection against Monkeypox.

According to studies, the Imvanex smallpox vaccine is about 85 percent effective in preventing Monkeypox.

Despite the recent outbreak, the UK Health Security Agency (UKHSA) has said the risk to the public remains very low.

Outside of central and western Africa cases of the disease are rare but some have been occurring recently in Europe, USA, Canada and Australia.

Without a vaccine, most cases clear up within a few weeks on their own, though some severe infections have been known to occur.

Monkeypox does not spread easily between humans and is instead thought to transmit from wild animals such as rodents to people.

But some of the ways it can be transmitted between humans include:

The first symptoms of a Monkeypox infection usually show up within five and 21 days.

Dr Susan Hopkins from the UKHSA said “a notable proportion” of the recent cases in the UK and Europe have been found in gay and bisexual men “so we are particularly encouraging them to be alert to the symptoms and seek help if concerned”.

But individuals who come into close contact with someone who has Monkeypox could potentially get the virus.

Anyone with concerns that they could be infected should see a health professional, but make contact with the clinic or surgery ahead of a visit.