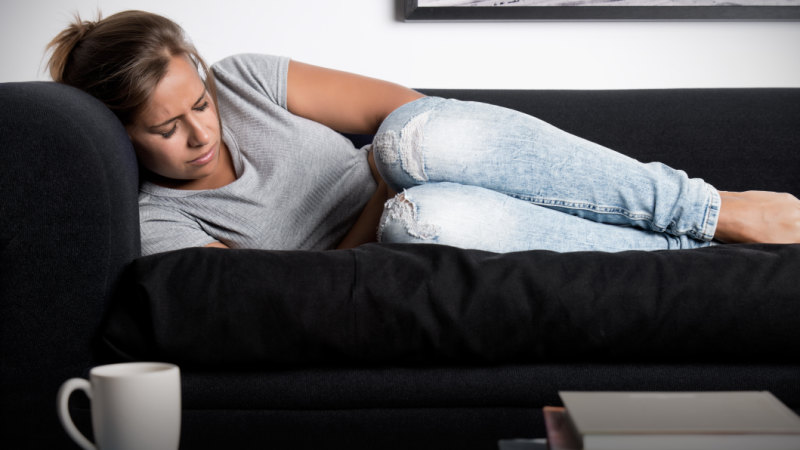 I know about pain. I have endometriosis, I’ve had a broken back and have been run over by a train. If anybody knows what ten is on the 1 to 10 pain scale, it’s me! But the pain of broken bones and torn ligaments heal and I felt better quickly.

The pain of endometriosis is nothing like that. This ache, this always-present gnawing, is the pain that makes me feel bad. No painkiller puts me in a happy mood with this pain. No bliss overcomes me. No drug can stop the nausea once it arrives. Only stillness helps. But stillness is so hard. I’ve felt ten, and I can tell you, this pain is worse. 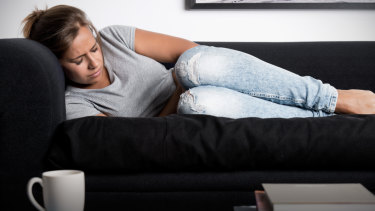 Research substantiates there is a difference between how the genders experience pain.Credit:Alamy

Women outnumber men when it comes to chronic pain. There’s a two-to-sixfold greater prevalence and greater intensity of chronic pain syndromes in women compared to men. In fact, the International Association for the Study of Pain notes that women generally experience more recurrent, more severe and longer-lasting pain than men.

A Dutch study on pain in children showed that the difference in experience of pain between the sexes started from a young age; while in the first three years of life, boys experience marginally more pain than girls, then between four and seven years of age girls start to outnumber boys.

Between the ages of eight and eleven, more than double the number of girls than boys experience pain, and the ratio continues to increase from twelve to eighteen years of age. Researchers found that girls were more likely to experience multiple pains and more severe chronic pains.

In spite of the greater proportion of women than men experiencing pain globally, women’s pain is less likely to be treated. This is as true in industrialised nations as it is in developing countries, and is partly down to doctors not believing women’s reports of pain and partly due to a lack of effective available treatments. Even when pain is believed, women’s accounts of it are often assumed to be an exaggeration.

The researchers discovered that one type of immune cell, called microglia, has a greater reactivity capacity in females than in males.

No clear consensus has been reached on why women experience more pain than men, although at least now the question is being studied.

I spoke to one pain researcher who has worked in Australia and the United States to try to understand the gendered differences better. Professor Mark Hutchinson is currently the director of the Australian Research Council Centre of Excellence for Nanoscale BioPhotonics within the University of Adelaide’s medical school. From 2005 to 2009, he was working in the world-leading laboratory of Professor Linda Watkins at the Center for Neuroscience at the University of Colorado at Boulder, when the basis for his beliefs about pain differences developed.

Hutchinson and Watkins discovered that innate immune receptors in the brain play a role in pain perception and the action of drugs, and that these tend to work differently in male and female brains. 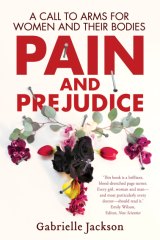 ‘Pain and Prejudice’ by Gabrielle Jackson.

The researchers discovered that one type of immune cell, called microglia, has a greater reactivity capacity in females than in males.

"We discovered that we could create female-like pain in male rodents just by transferring these microglia from females into males," Hutchinson says. "It really had quite a profound impact on me as a pharmacologist because we are developing drugs that are developed in male preclinical rodent models that then go through phase one and phase two clinical trials in males and then to treat a female-predominant pathology. And so that immediately has slight problems."

This is an understatement: we’re currently in a situation where 70 per cent of chronic-pain patients are women but 80 per cent of pain studies are conducted on men or male mice. A 2015 study found that nothing about female persistent pain could be inferred from studying pain in male rodents. It wasn’t until 2016 that the US National Institutes of Health made it mandatory for scientists to include female rodents in preclinical pain studies.

Hutchinson envisages a future in which women and men will be prescribed with different treatments to manage chronic pain.

Other national and international organisations, research institutions and funding organisations are changing their regulations to force scientists to consider sex as a biological variable in all their studies. But we have a lot of catching up to do, and human clinical trials still lag behind in analysing results for sex and gender differences.

In spite of this, Hutchinson envisages a future in which women and men will be prescribed with different treatments to manage chronic pain. "I think what we need to acknowledge is we’re not hitting the right targets in women to treat the persistence of pain because we’re using a male-dominated field and we really need to reinvent our toolbox of pharmacological and non-pharmacological treatments to intervene in female persistent pain," he says. 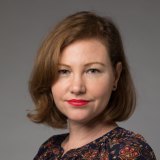 Dr Susan Evans, a pelvic pain expert, says "Humans have always struggled to understand pain that can’t be seen. It’s too easy for others to imagine it isn’t real," she tells me. This is exacerbated in conditions that relate to pelvic pain – what can be seen at an operation may just be part of the pain picture. It doesn’t always describe the full extent of the suffering or symptoms. It’s also beset by stigmas and taboos that make it difficult for women to talk about their sex organs or anything related to them.

We have to stop believing that pain is a natural state for women. When I had a broken back, I couldn’t move and couldn’t speak, and my movement was limited. When I had a broken shoulder, combined with all the sprains, bruising and lacerations from the train accident, I was similarly limited. This is what doctors look for when they ask about pain.

On my worst pain days with endometriosis and adenomyosis, I’m still huddled over, grasping my abdomen, hobbling with hip pain, or rubbing the front of my right leg or interrupted suddenly by sharp stabbing pains to my abdomen. Some days the pain and nausea combined are so bad, I can’t move.

Yes, I can go to work, probably even do what needs to be done. But it’s so hard; my brain is foggy. Thinking feels like driving a car with a dirty windscreen while wearing smudged glasses. More than anything, more than having a baby, I want this pain and fatigue fixed.

Edited extract from Pain and Prejudice by Gabrielle Jackson (Allen and Unwin) out now.