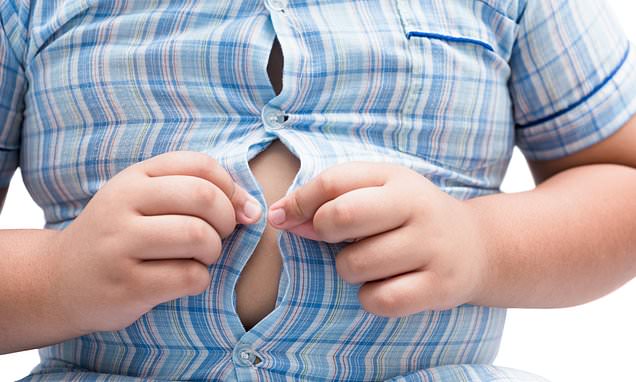 Why you gain weight as you get older: Scientists discover the body’s ability to remove fat from where it’s stored slows drastically as you age

A bulging waistline that just won’t budge is often the first sign middle-age has taken over.

But now researchers claim to have finally discovered why you gain weight as you get older – even if your exercise routine or eating habits haven’t changed.

Scientists in Sweden and France tracked 54 adults over the course of 13 years and analysed their fat stores.

They found as the volunteers aged, the rate at which fat from their fat cells was removed and stored slowed down.

The researchers hope their findings could lead to new drugs or treatments which could keep middle-aged spread in check. 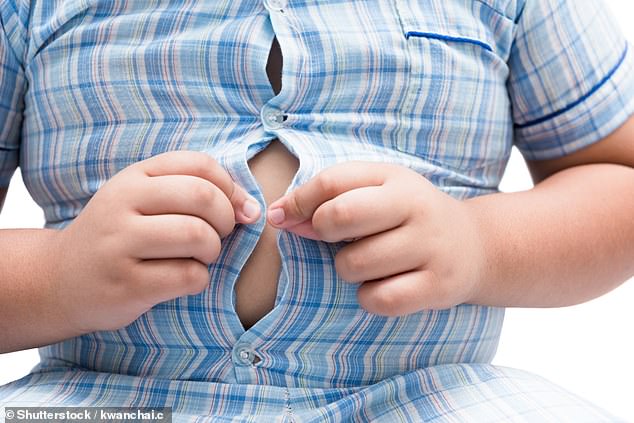 Dreaded middle-age spread can occur even if your eating habits and exercise routines stay the same, scientists warn (file image)

The study was led by academics at Karolinska Institutet and Uppsala University in Sweden and University of Lyon in France.

Previous studies have found a number of reasons for weight gain in old age – from hormonal fluctuations to muscle loss.

The new findings, published in Nature Medicine, show the internal processes that drive middle-aged spread for the first time.

Professor Peter Arner, one of the study’s authors based at Karolinska, said the lipid turnover – as they call it – occurred independently of other factors.

Professor Arner, of the university’s cell and molecular biology department, added: ‘This could open up new ways to treat obesity.

Kirsty Spalding, another one of the authors at Karolinska, said: ‘Obesity and obesity-related diseases have become a global problem.

‘Understanding lipid dynamics and what regulates the size of the fat mass in humans has never been more relevant.’

During the study, all of the participants showed decreases in lipid turnover in the fat tissue – regardless of whether they gained or lost weight.

Those who didn’t compensate for that by eating less calories gained a fifth of their body weight, results showed.

Over the course of the study, 15 participants gained weight, 19 remained roughly the same and 20 lost more than seven per cent of their body weight.

But even those who lost weight and remained the same experienced a decrease in their fat-burning ability.

Testosterone is said to be one of the secrets to men having naturally slender physiques.

The hormone – a hydrophobic molecule – likes to stick to fat, meaning less fat lingers around the middle.

Lower testosterone levels make it easier for the body to store fat. Equally, obesity impairs the production of testosterone.

As men age, testosterone levels naturally decrease, at a rate of about 1 percent a year after the age of 30.

This means belly fat starts to creep in.

The female body has a delicate balance of progesterone and estrogen.

Higher levels of estrogen contribute to fat tissue formation. In younger women, this is offset by strong levels of progesterone.

From the age of 35 onwards, levels of both hormones decrease, leading up to menopause.

However, progesterone levels decrease at a faster rate – causing fat tissue to form at a seemingly less controllable rate than before.

The loss of muscle mass is one of the greatest factors that leads to a slow metabolism.

Muscle tissue is the largest consumer of glucose in the entire body.

If you can’t contain your lean muscle mass as you age, there’s less to consume that glucose.

In turn, that glucose can convert into lingering body fat.

As a result, your body does not process carbs as swiftly as it once did.

HOW TO BEAT IT

‘While aerobic workouts are beneficial for heart health, muscle building is just as important to protect yourself from developing inflammation and diabetes.

Resistance training is an umbrella term for any exercise that causes muscles to work against some form of resistance – either weights or your own body weight.

Some exercises include planking, squats and bicep curls.

Protein shakes are marketed to 20-something gym buffs looking to beef up their muscles.

But the nutrient is essential for older people to build muscle and keep metabolism stable.

Protein is essential because it fills your body with the amino acids to repair and replenish damage – and you also need it if you want to build muscle.