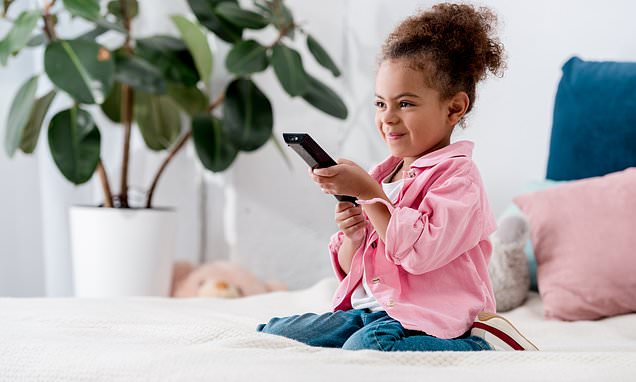 Why you should keep a TV out of your child’s bedroom: Youngsters under the age of six who can watch films in their own space ‘are more likely to be overweight’

Girls as young as four are more likely to be obese if they have a television in their bedroom, research has found.

Portuguese scientists analysed the lifestyles and habits of 120 girls aged between four and six by quizzing their parents.

They found girls with TVs in their bedrooms were three times more likely to be overweight than their peers without the luxury.

And the risk of obesity was four times higher, according to the study.

Almost two thirds of the parents questioned confessed their children had a TV in their bedroom by the age of six. 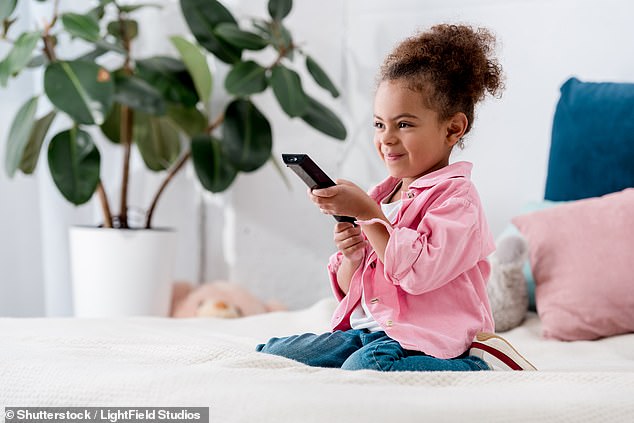 Data from NHS Digital in October revealed more than 24,000 10 to 11-year-old children in England are severely obese, and the problem is worse in poorer areas (map showing the percentage of severely obese Year 6 children in local authorities across England)

Scientists at the University of Porto did not analyse the impact of TVs in bedrooms on the waistlines on boys.

They uncovered evidence that the amount of time children spend on screens only increases as they get older.

Writing in a journal, the researchers said: ‘Time in which children are engaged in screen time, such as TV viewing, is a serious health problem.

[This] might reduce the use of the time for other potential activities such as playing outside or being engaged in physical activity.

‘In addition, it was suggested that children’s screen time increases with age and patterns that begin in preschool years.’

It added: ‘Our data suggests that having a TV in the bedroom is associated with an increased level of obesity even in preschool girls.’

The team, led by Dr Jorge Mota, did not offer any other explanation as to why TVs in bedroom could raise a child’s risk of obesity.

However, other medical trials have found youngsters snack more while they watch TV and see more junk food adverts.

WHERE THE MOST CHILDREN ARE SEVERELY OBESE

WHERE THE FEWEST CHILDREN ARE SEVERELY OBESE

The latest study also found girls who spent the least time playing outside were twice as likely to have a television set in their room.

The study, published in Science & Sports, is not the first to show how children face a higher risk of obesity if they have a TV in their bedroom.

University College London researchers made a similar discovery back in June 2017, after tracking a much larger sample of 12,500 children.

Those scientists also examined the effects on boys – and found they face less risk of becoming obese by having a TV in their bedroom.

The researchers, whose findings were also published in a journal, hypothesised this may be because boys tend to jump around while watching TV, unlike girls.

It comes after official data in October revealed English children are fatter than ever, with a record number of 10 to 11 year olds now severely obese.

NHS statistics showed the proportion of children who are in the worrying weight category jumped by more than a third since 2007.

And more than a third of 10 to 11-year-olds are overweight to some degree, the figures, branded ‘totally unacceptable’ at the time, also showed.

This is despite a series of Government measures in recent years designed to curb the worrying rise of childhood obesity, such as the sugar tax.

This increases their chances of illnesses such as diabetes, heart disease and cancer, and heaping further pressure on the NHS.