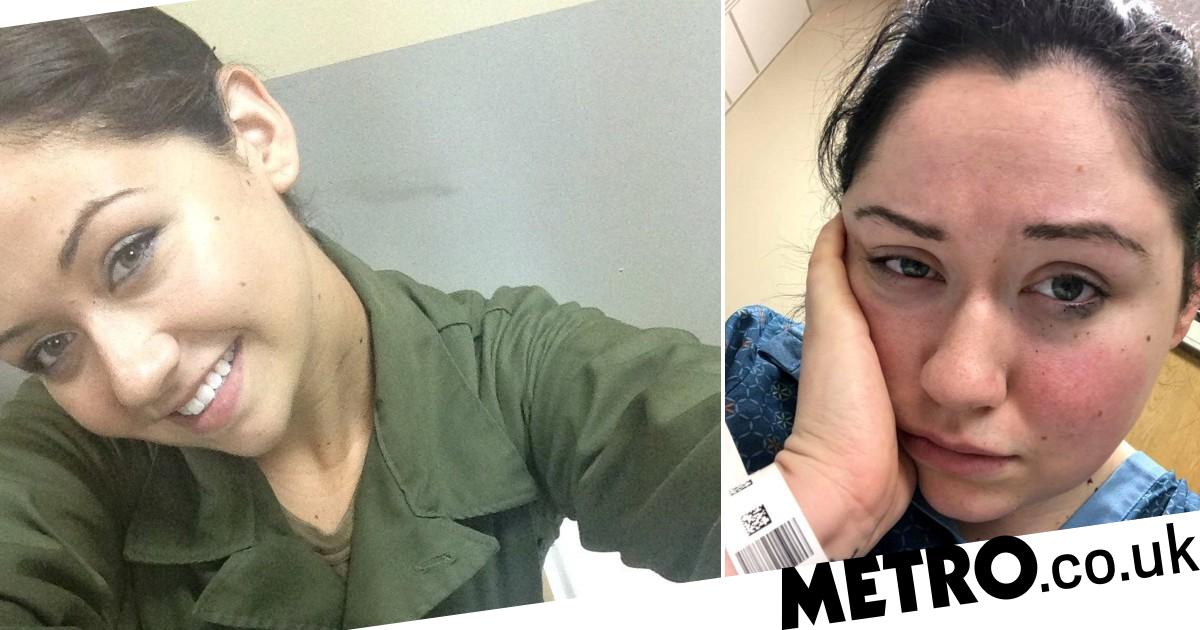 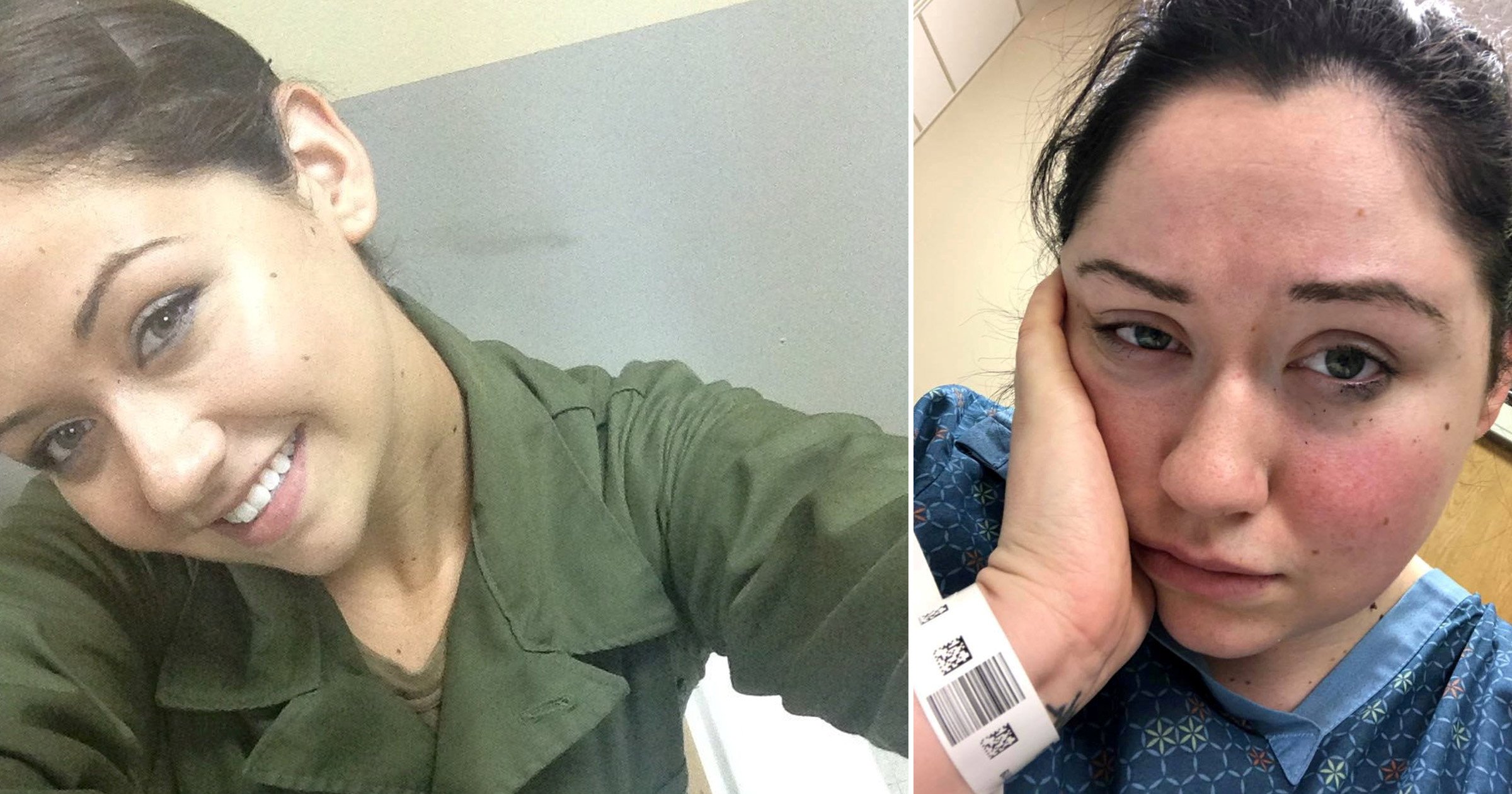 A woman who says she’s ‘allergic to gravity’ faints up to 10 times a day and can’t stand up for more than three minutes without passing out.

Her condition, postural tachycardia syndrome (PoTS), means she has to stay in bed for up to 23 hours a day, only getting up to eat or shower.

Lyndsi Johnson’s symptoms began with abdominal and back pain in October 2015.

The 28-year-old’s health worsened to the point that, within a few years, she was projectile vomiting and fainting multiple times every day.

After years spent going back and forth to the doctors, Lyndsi was diagnosed with PoTS – an abnormal increase in heart rate that occurs after sitting up or standing – in February 2022.

Lyndsi refers to the condition as an ‘allergy to gravity.’

Lyndsi, who used to work as an aviation diesel mechanic for the navy, said: ‘I’m allergic to gravity – it sounds crazy, but it’s true.

‘I can’t stand up for longer than three minutes without feeling faint, being sick or passing out.

‘I never thought that at 28 I would have to use a shower chair.

‘I can’t leave my house anymore.’

Lyndsi, from Bangor, Maine, US, was medically discharged from the Navy in May 2018.

Within half a year, things progressed to the point where she got intense abdominal pain, and she started projectile vomiting.

‘It was so bad I was screaming in pain and the vomiting was The Exorcist style,’ Lyndsi said.

As her symptoms continued to get worse, doctors were at a loss.

Even though she was hospitalised several times over the past few years leading up to her diagnosis, Lyndsi was still told her symptoms were likely down to anxiety.

‘It was really scary,’ she said.

‘My fainting got worse from there. I was passing out everywhere – I would be shopping at the supermarket and I had to sit down because I felt faint or at the gym.

‘I’ve even passed out after my dog has barked.’

Lyndsi gave up driving and even struggled to bend over without feeling like she might pass out.

‘I’d throw up so much my heart would start having prolonged QT intervals and I’d be in hospital on cardiac monitoring,’ she recalled.

‘I was finally able to speak to another cardiologist who recognised that I might have PoTS.’

Finally, in 2022, Lyndsi went for a tilt test – which measures your blood pressure, heart rate, and blood oxygen – in February 2022, and she was officially diagnosed.

‘I was so thankful to finally know what was wrong with me, so I could be treated,’ she said.

Even though she’s now on beta blockers, which have reduced her fainting to just three times a day and helped ease her nausea, Lyndsi still can’t do very much for herself and relies heavily on her husband, James, 30, who is her caregiver.

‘There is no cure, but I’m so grateful for James and what I do have,’ she said.

‘I still can’t really do anything. It’s really debilitating – I can’t do chores and James has to cook, clean and help me shower and wash myself.

‘I’ve gone weeks without brushing my teeth because it just makes me feel awful.

‘If I make a meal for James and me, then I’ll be in bed unable to do anything for the next three days.’

Lyndsi says she’s come to terms with how different her life is now, and hopes to be able to move out of their flat to a house where she can spend more time outside.

‘If I’m lying down I feel fine but as soon as I stand up I’m dizzy and faint,’ she said.

‘I’ve really had to adapt to this new life and come to terms with it.

‘I use mobility aids and that really helps for me.

‘I’m grateful for what I have, and I’m still able to study music business which is amazing.

‘The rug has been ripped from under my feet – I’ve gone to super active to having to lay down all day.