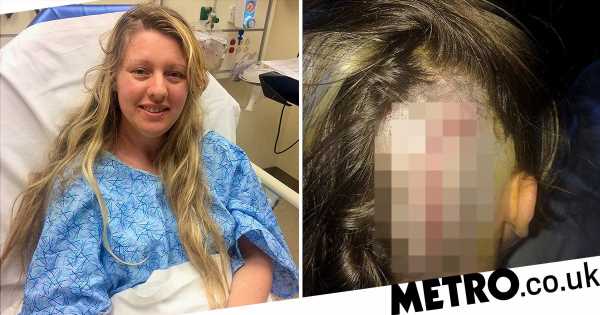 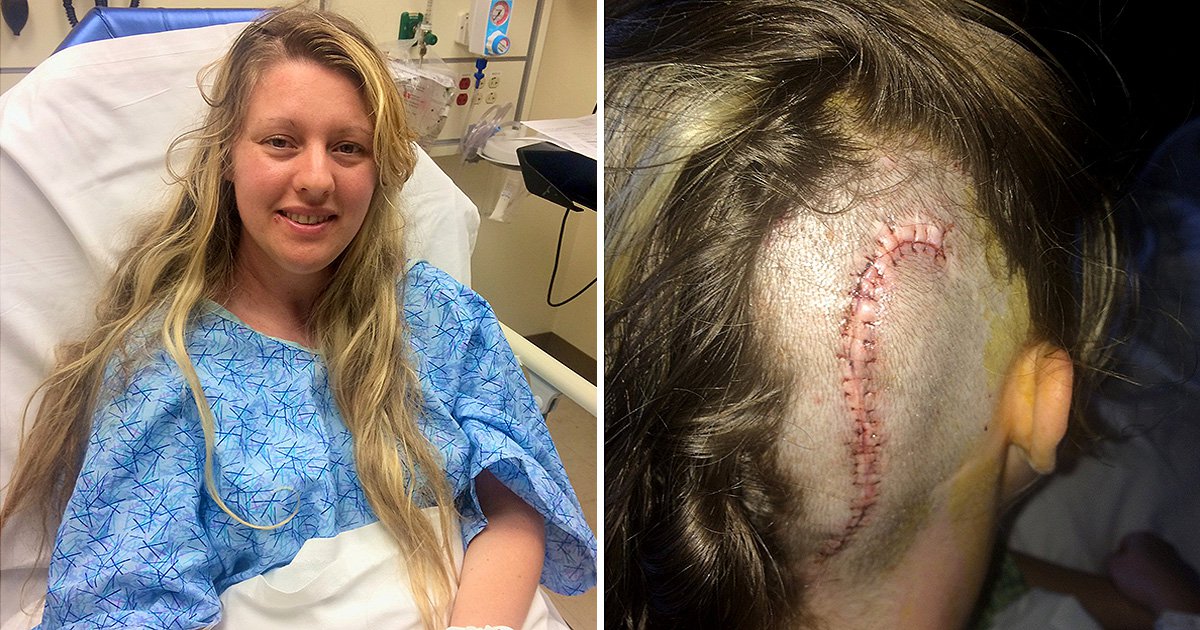 Over the past two decades, writer Jessica Fukuchi has undergone 30 brain surgeries for a tumour that was discovered when she was a teen.

At the age of 13, Jessica started experiencing severe headaches and her vision deteriorated.

After doctors noticed pressure behind her eyes, an MRI scan later revealed there was a mass on her brain that required surgery.

The teen was soon diagnosed with low-grade astrocytoma, but the location of the tumour on Jessica’s brain meant there was a risk of paralysis if surgeons tried to remove it.

Jessica, now 33, recalls: ‘Receiving my diagnosis was scary and I didn’t fully understand what was going on at the time.

‘But when it did start to sink in that I have a brain tumour – I was at a family doctor’s appointment at the time – I felt that I was about to start crying.

‘In order to avoid my family from seeing me get upset, because I don’t typically like anyone to feel bad for me, I took myself to the bathroom and started crying – it was the release I needed.’

In 2001, after a biopsy of the tumour was taken, Jessica was fitted with a shunt to drain the build-up of excess fluid on her brain.

She then had a three subsequent procedures that same month to check the shunt was working efficiently.

But over the next few years a series of frightening malfunctions meant Jessica had to keep returning to hospital.

At the age of 17, Jessica had a shunt malfunction just before she was due to compete in the Junior Miss Pageant – she also had a brain surgery the day before her prom.

After her 21st surgery in 2005, Jessica had a short break from operations – but she then experienced another shunt malfunction in 2012.

And a few years later, when Jessica and her husband, Marcos, relocated from Tennessee to Birmingham in 2018, her shunt malfunctioned again – so she underwent her first surgery in the UK.

In total, Jessica has undergone 30 brain surgeries to correct malfunctions and blockages of the shunt that she will live with for the rest of her life.

The freelance journalist says: ‘Since my diagnosis I’ve tried different shunts, ones that have evolved with advances in technology and can be controlled outside of my head with a magnet.

‘However, there have often been complications and I’ve had to wait weeks to see if the shunt was even working.’

She also still suffers from side effects like short-term memory loss, headaches, nausea and fatigue.

Now, Jessica is writing a book to help raise awareness of the impact of living with a brain tumour and is raising money for charity Brain Tumour Research, by doing the 10,000 Steps a Day in February Challenge.

She continues: ‘I owe a huge gratitude to my husband and family, who have always stuck by my side while I endured many brain surgeries.

‘Their support has given me the courage and strength that I needed to keep pushing on while going through some of the most challenging times in my life.

‘As a brain tumour survivor, brain tumour research has become a strong interest of mine and one that I am extremely passionate about.

‘Brain tumour researchers need sustainable funding, so that a cure can be found for the disease.

‘Had it not been for the tireless efforts that go into brain tumour research, I probably wouldn’t be here today.’

To donate to Jessica’s 10,000 Steps a Day fundraiser go to facebook.com/donate