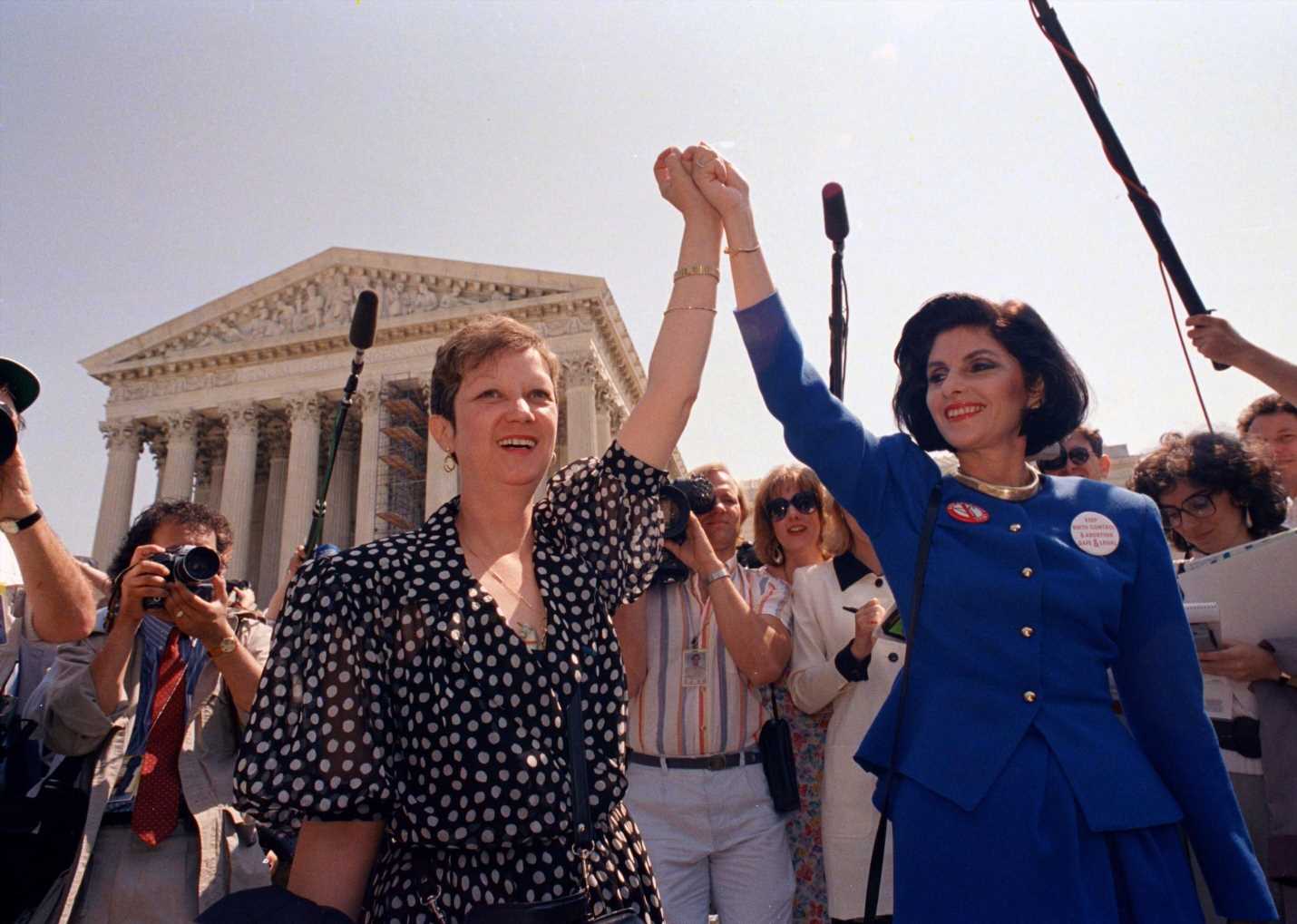 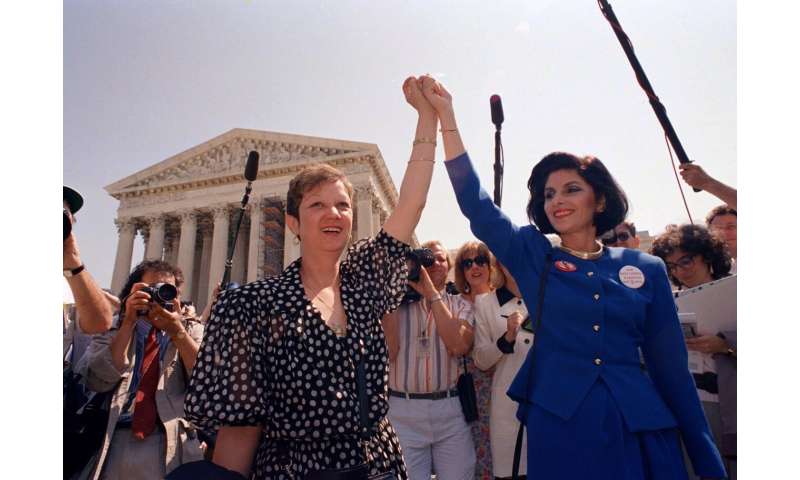 A wave of state abortion bans has set off speculation: What would happen if Roe v. Wade, the ruling establishing abortion rights nationwide, were overturned?

Although far from a certainty, even with increased conservative clout on the Supreme Court, a reversal of Roe would mean abortion policy would revert to the states, and many would be eager to impose bans.

What would not happen is a full-fledged turning back of the clock to 1973.

Women now have far more methods to avoid unwanted pregnancies, as well as safer, easier options for abortion. Many abortions are induced at home with a two-drug combination, and advocacy groups are spreading the word about home abortions using one of the drugs that can be done without a medical professional’s involvement.

“I don’t think you can put all those different genies back in the bottle,” said medical historian Andrea Tone at McGill University in Montreal. “Women are in charge of their procreative destiny. I don’t think women will put up with the absence of privacy and discretion that birth control and abortion provide.”

Here’s a look at some of the abortion-related changes that have unfolded since 1973:

At the time of Roe, abortion was broadly legal in four states, allowed under limited circumstances in 16 others, and outlawed under nearly all circumstances in the rest. A reversal of Roe would produce a patchwork map where perhaps 15 or so states would continue to make abortion easily accessible, a dozen or more would ban virtually all abortions unless the mother’s life is at stake, and the rest would thrash out their response in the public arena and the legislatures. 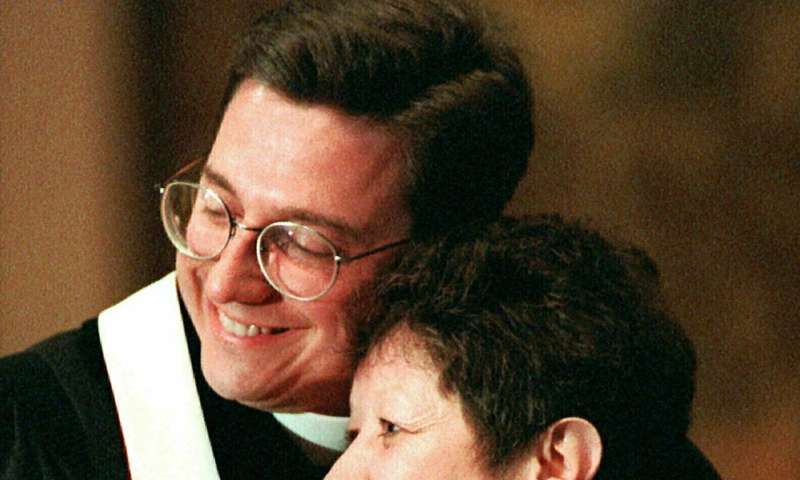 In 1974, a year after Roe, there were about 899,000 abortions in the U.S., according to the Guttmacher Institute, a research organization that supports abortion rights.

The number of abortions rose steadily, peaking at 1.61 million in 1990, before starting a steady decline—falling to 926,200 in Guttmacher’s latest national survey, covering 2014. Close to 90 percent of the abortions occur in the first 12 weeks of pregnancy.

The decline is attributed to increased availability of effective contraception and a sharp decrease in unintended pregnancies, notably among teens. In 1974, teens accounted for 32.5% of abortions in the U.S.; in 2014 that dropped to 12%.

Technology and science have given women unprecedented options and control over fertility since 1973. Back then, single women had only recently gained nationwide access to birth control, thanks to a 1972 Supreme Court ruling, said Dr. Sarah Prager, who directs the University of Washington School of Medicine’s family planning fellowship. 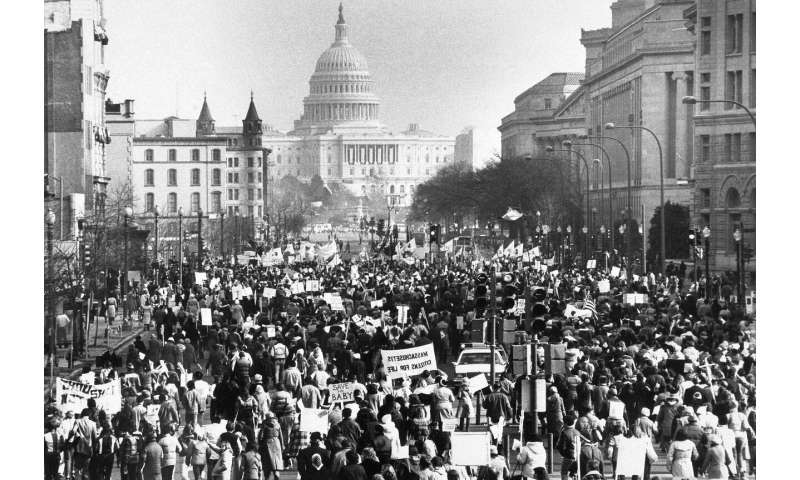 “This is recent history,” Prager said. “Now we have these incredibly effective contraceptive methods available.”

A woman can get the morning-after pill without a prescription and keep some in her medicine cabinet for emergencies. Her smartphone sends birth control reminders. Or, if she prefers, a matchstick-size implant gives her no-hassle contraception for years at a time.

Surgical abortion has become safer, employing tools that use vacuum pressure rather than scraping. There’s increasing use of the medication alternative: Ending a pregnancy with mifepristone and misoprostol now accounts for about 30% of U.S. abortions.

“It’s safe and comfortable,” said Missouri resident Lexi Moore, 30, who ended a pregnancy in September with a prescription from Planned Parenthood. “You get to sit in the comfort of your home instead of doing it in a clinic or in a back alley. … You will have cramps, like a heavy period. But it’s worth it in the end, and you have control over that.”

Moore had to drive 70 miles to pick up her prescription and, lacking insurance, paid $800 out of pocket. But she welcomed the outcome, and wrote thank-you cards to the clinic. 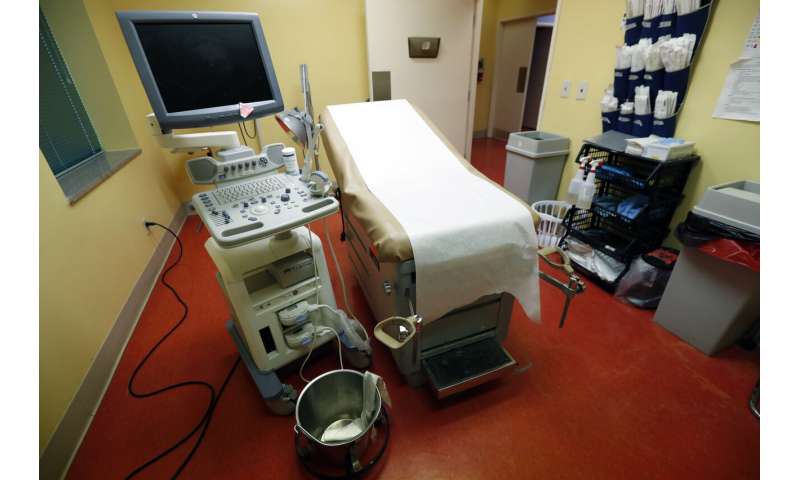 Her experience contrasts with that of Vikki Wachtel, who as an 18-year-old attending school in Connecticut had an abortion in New York City’s Bellevue Hospital in October 1970. That was just a few months after New York became a pioneer in broadly legalizing abortion.

“The staff made us feel like we were about to commit a crime,” Wachtel said, recalling how she and other young women were treated callously.

That ordeal was followed by post-abortion complications, yet Wachtel has steadfastly supported abortion rights.

“It was MY CHOICE to not have a child in 1970 and it must remain a woman’s choice to do so on a national level,” she said in an email. “These overreaching and restrictive laws will only make abortions more dangerous, not eliminate them.” 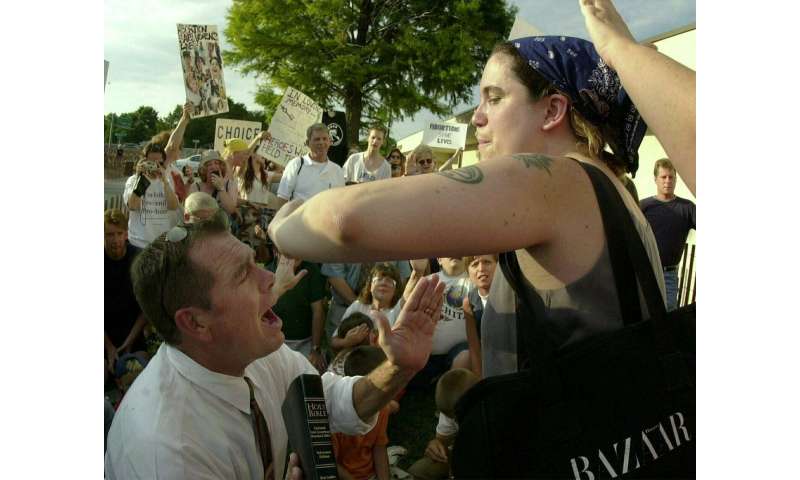 For women today, there’s even abortion by mail.

It’s still under study, but early results show women can manage their medical abortions safely at home. A doctor first confirms the woman’s pregnancy is less than 10 weeks, then mails the pills. About 300 U.S. women have ended pregnancies in the TelAbortion study .

“Women are really grateful not to have to travel three or four hours to a clinic,” said researcher Dr. Beverly Winikoff of Columbia University’s Mailman School of Public Health. “But there are also people within walking distance from a clinic who prefer to do it this way because it’s more private.”

However, warnings that large numbers of women would die from unsafe abortions if Roe were overturned don’t reflect the fact that abortion-related deaths—which numbered as high as 2,700 in 1930—fell to under 200 a year by the mid-1960s thanks to the development of antibiotics and other medical advances. 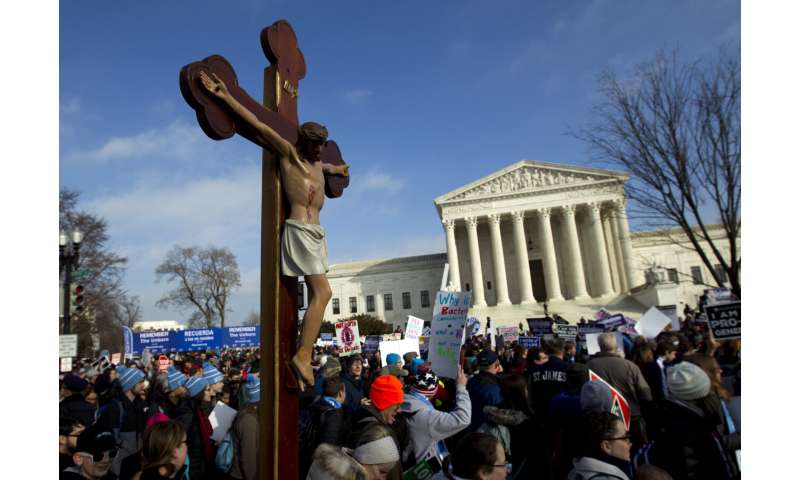 To the extent that women can get and use misoprostol to end pregnancies at home, women even in states with bans would have a relatively safe option. It’s available only by prescription in the U.S. but is available online from some countries where it is sold over the counter.

Among the leading advocates of this do-it-yourself option is attorney Jill E. Adams, executive director of If/When/How: Lawyering for Reproductive Justice. Amid the wave of abortion bans, she said her group’s hotline has received a surge of calls from worried women.

“If the recent events have shown us anything, it’s that self-managed abortion is vital to current and future reproductive rights in the United States,” Adams said.

One crucial change since 1973 is the development of ultrasound technology. For many Americans, the first image they now see of a son, daughter or grandchild is often a sound wave scan of the fetus. 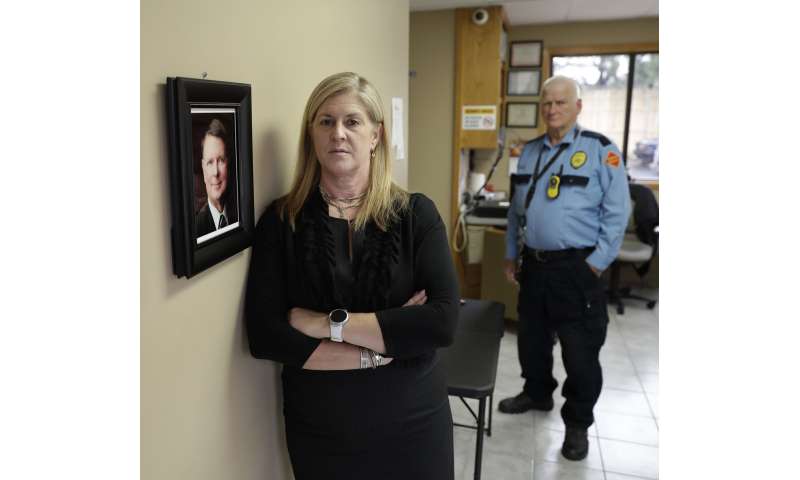 “Ultrasound opens the window on the womb,” Harrison said. “That has changed since 1973. We couldn’t see who was in there. Now we can.”

But seeing an ultrasound image doesn’t change the biology of fetal development, said Dr. Anne Davis, consulting medical director for Physicians for Reproductive Health. She disputed the idea that the threshold of viability for a fetus, a concept important in Roe v. Wade, is pushing ever closer to the moment of conception.

“If someone is six weeks pregnant, that’s not a viable pregnancy,” Davis said. “And some fetuses will never be viable because they have a lethal abnormality and will die after birth.” 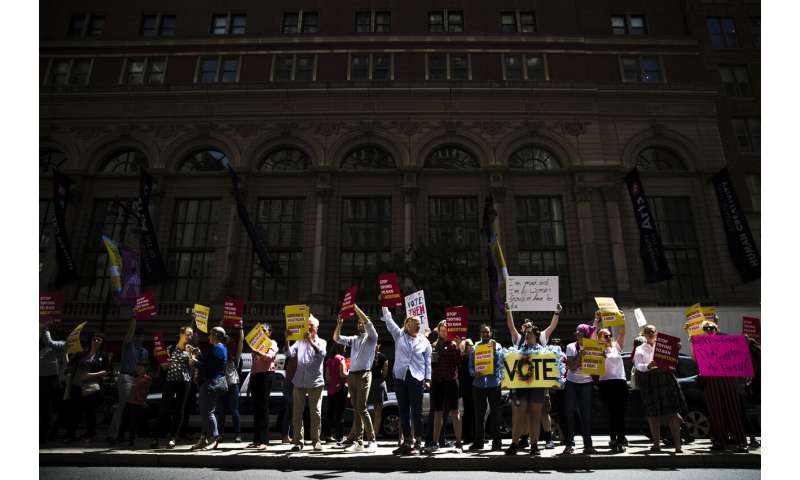 In the aftermath of Roe, it took years for supporters and opponents of abortion rights to entrench themselves in the polarized camps of today.

Anti-abortion violence didn’t erupt immediately after the decision, but it has been a constant since the 1990s, when three abortion providers and three clinic employees were killed in attacks. More recently, Dr. George Tiller, an abortion provider in Wichita, Kansas, was shot to death by an anti-abortion activist in 2009, and a gunman killed three people at a Planned Parenthood clinic in Colorado in 2015.

There have been major shifts in anti-abortion tactics. Compared with the 1990s, there are fewer mass demonstrations and clinic blockades, and there is far more success passing anti-abortion laws in Republican-controlled state legislatures. In the five years preceding this year’s sweeping bans, scores of other laws have been passed to restrict abortion access.

Julie Burkhart, a former colleague of Tiller’s who now runs an abortion clinic in Wichita, said Kansas—like many GOP-controlled states—now has an array of restrictions that make obtaining abortions more expensive, time-consuming and stressful.

The anti-abortion movement’s clout in many state legislatures has now been amplified by Donald Trump’s election as president after he promised to support the movement’s key goals. 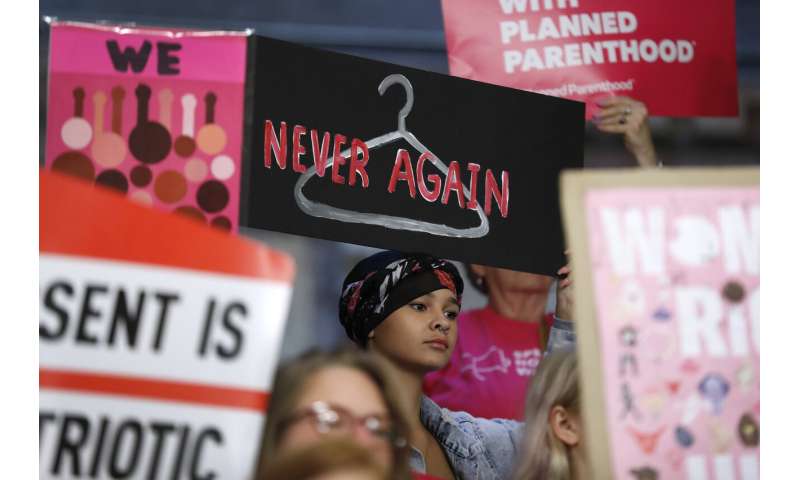 “They don’t need to go to the streets anymore, because they really do have a lot of power,” Burkhart said.

Professor Michael New, an abortion opponent who teaches social research at Catholic University of America, said the debate is far more polarized now than in 1973, with fewer Republicans favoring abortion rights and fewer Democrats opposing them.