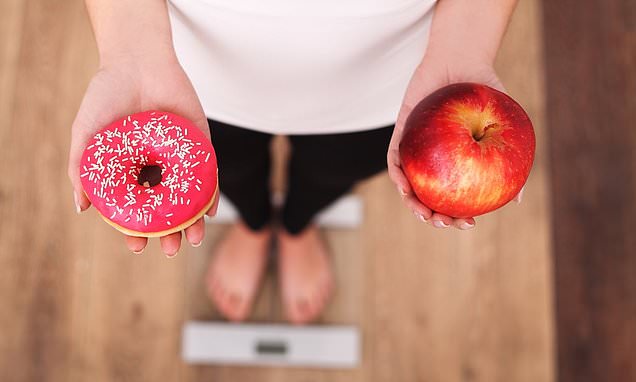 Gaining and losing 10 pounds within a year drives up a woman’s risk of heart disease, a new study warns.

Whether it is to slim down for summer or to ‘make up for’ an indulgent winter, drastic weight drops and gains are not healthy, researchers say after assessing nearly 500 women.

In fact, consistency is just as important for your heart, hammering home the need for a consistent, nutrient-rich diet as opposed to celebrity-touted fads. 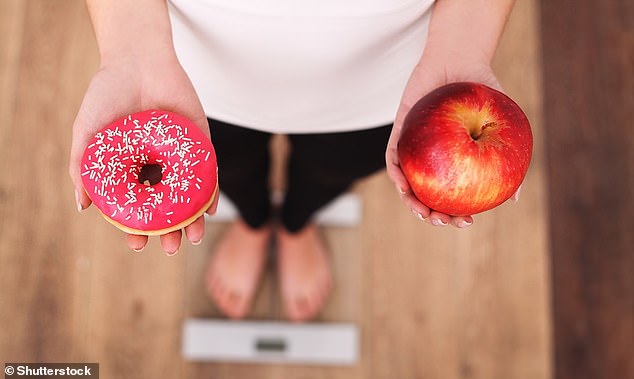 Whether it is to slim down for summer or to ‘make up for’ an indulgent winter, drastic weight drops and gains are not healthy, researchers say after assessing nearly 500 women

The study involved 485 overweight women with an average age of 37 who had an average body mass index 26.

They were taking part in American Heart Association’s Go Red for Women Strategically Focused Research Network based at Columbia.

They were questioned on how many times other than after pregnancies they had lost at least 10 pounds, only to regain the weight within a year.

They were assessed on the American Heart Association’s Life’s Simple 7, a measure of how well people control the seven important heart disease risk factors.

Nearly three quarters of the women (73 percent) reported at least one episode of yo-yo weight loss, with a range of zero to 20 episodes.

It was found women with one or more episodes of yo-yo weight loss were 82 percent less likely to have an optimal body mass index of between 18.5 and 25 – classified as neither underweight or overweight for their height.

The detrimental impact of weight-cycling on the overall Life’s Simple 7 score was most striking in women who had never been pregnant.

Dr Aggarwal added: ‘The women without a pregnancy history were likely younger and might be those who started weight-cycling at an earlier age.

‘We need to identify critical periods for the effect of weight fluctuation on heart disease risk over the life course to find out whether it is worse when women start on a dieting roller-coaster at an early age.’

She explained the results may not apply to men and it relied on a woman’s recollection of her fluctuating weight.

Commenting on the findings cardiologist Suzanne Steinbaum, director of Women’s Heart Health at the Heart and Vascular Institute at Lenox Hill Hospital in New York said: ‘Anytime we do studies that are survey-based, which means it really comes down to people’s memories, it’s not as accurate as other types of studies.

‘But here’s the truth:

‘When we look at the population studied, it is really people age 37 on average who are yo-yo dieting, gaining weight, losing weight, within a 10 pound differential.

‘And we’ve seen this before, that when this happens, people do worse in terms of their risk factors, their blood pressure, their cholesterol, their body mass index, their sugars, really how they eat, their dietary choices.

‘These all really suffer. When there’s yo-yo dieting we can really surmise that the lifestyle choices are fluctuating.’

Dr Aggarwal said: ‘We hope to extend the study five to ten years to confirm these results and look at long-term effects.

‘However, there has been prior research that showed similar results in men, with those who weight-cycled having twice the risk of cardiovascular death in middle age.’

The preliminary research was presented at the American Heart Association’s Epidemiology and Prevention/Lifestyle and Cardiometabolic Health Scientific Sessions 2019 in Houston, Texas.