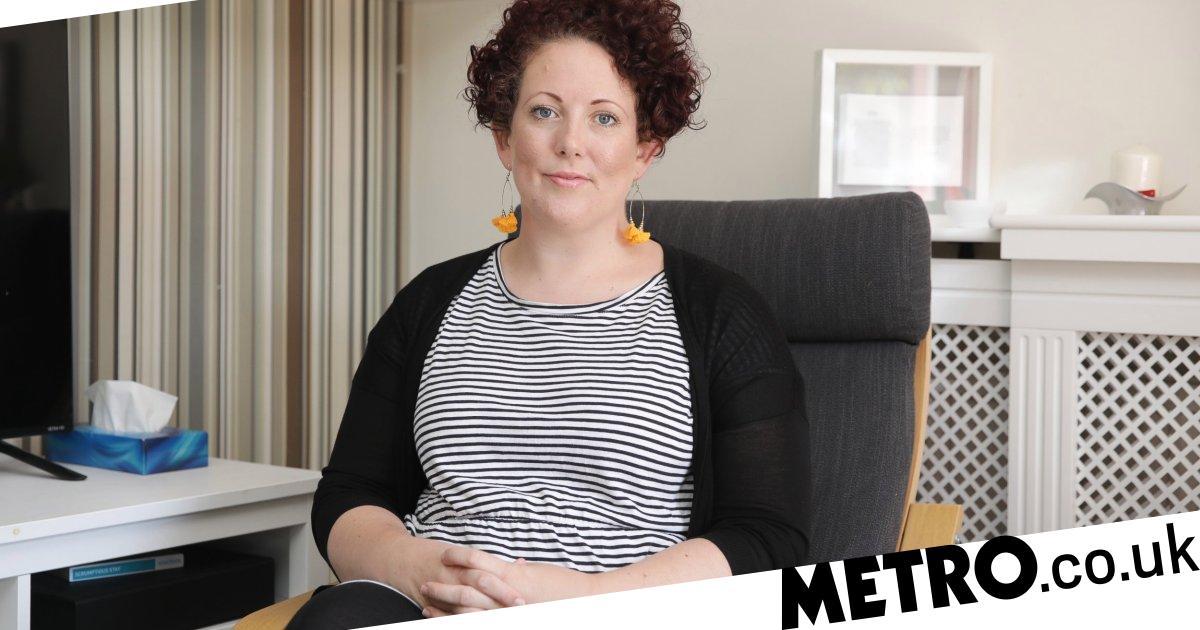 You Don’t Look Sick is our weekly series looking at what it’s like to live with an invisible illness.

Many people living with a condition that you can’t see face judgement when they use things like disabled bathrooms or parking, like Hayley, who we spoke to last week. She wants people to stop tutting at her for using priority seats.

This week, we’re with Sophie Crowley, 34, from Hertfordshire.

She has a number of conditions including asthma, eczema, hayfever, costochondritis, depression and anxiety, but the two that have the biggest impact are myalgic encephalomyelitis (M.E.) and vestibular migraines.

Vestibular migraines cause repeated vertigo but unlike traditional migraines, it does not always cause a headache.

Before her diagnosis with ME and vestibular migraines, Sophie had a very active lifestyle. She worked as a primary school teacher and enjoyed socialising with friends a few nights a week.

Her daughter was born in 2017 but she says she and her husband quickly adjusted to sleepless nights, feeding and dirty nappies.

But in October 2018, with her daughter at nursery, she was picking up lots of bugs and infections, that she often passed onto her mum.

Sophie’s asthma got worse as she had a series of chest infections. She was admitted to hospital but most of her tests, scans and X-rays came back clear. Doctors couldn’t understand why a previously ‘well person’ was being hit by back to back infections.

Sophie also found she had no energy – she felt more tired than she did when her daughter was a newborn and just walking 50 metres was difficult. Some days, she couldn’t stand up at all.

She was going back and forth to her doctor and eventually, she has referred her to a consultant physician and endocrinologist, the clinical lead for chronic fatigue syndrome in the area.

He diagnosed Sophie with myalgic encephalomyelitis based on the sudden onset and pattern of her symptoms.

Sophie tells Metro.co.uk: ‘I had a massive sense of relief. My anxiety does not cope well with uncertainty.

‘As much as I have my anxiety under control these days, it rears its ugly head in times like this. I had spent months with back-to-back infections, with no sense of what was causing these.

‘I was being sent from pillar to post, from one consultant to the next, none of whom could explain what was going on.

‘It was one person who mentioned the possibility of it being M.E. I looked into it and it suddenly all seemed to make sense.

‘The symptoms and history description entirely matched mine.’

Her diagnosis of vestibular migraines came later the same year.

She explains: ‘My vestibular migraines were diagnosed by a neurologist who examined me and conducted an MRI scan of my head.

‘The diagnosis of vestibular migraines was part relief, part frustration as there isn’t, unfortunately, anything that can be done about them.

‘Vestibular migraines are treated by beta-blockers which unfortunately can’t be taken for those with asthma.

Although having a diagnosis was helpful for Sophie, there is no cure or universal treatment option for either condition.

Now Sophie has had to give up work and struggles to leave the house, which she finds upsetting as she has a young daughter and wants to do activities with her,

In her blog, Mummying and M.E., she describes living with M.E. as like ‘having the flu constantly, running a marathon daily (with the flu) and then being beaten up, followed by an all-night bender.’

She says: ‘The important thing I want people to know is that M.E. (or chronic fatigue syndrome) is not just “being tired”. It is so much more than that.

‘I can only shower twice a week. It requires lots of energy to shower so I can only do it on my good days. I use a shower seat to try to conserve the energy it requires to stand up.

‘When going out and about, I use mobility aids depending on how far I have to go. I have a hired electric wheelchair which allows me to leave the house without having to get in the car. I have a manual wheelchair for supermarkets and shopping centres. I have a rollator for short distances, and crutches for very very short distances.

‘I make myself leave the house every day, purely to get fresh air and see members of the public.

‘If I don’t leave the house, I don’t see anyone. It can get very lonely being with your own thoughts all day every day.

‘On my bad days, and bad parts of days, I can’t stand. Noises and light are physically excruciating. All I can manage is lying down and falling asleep.

‘It comes on very suddenly, like a switch turning off. When that switch turns off, it’s like my body just shuts down.’

Sophie says that despite the huge impact the condition has on her life, she has received negative comments because M.E. is still often misunderstood, particularly as there isn’t a clear diagnostic test – doctors just have to rule out other conditions.

Sophie adds: ‘I’ve had people say, “but you don’t look sick” and “but all the tests came back clear” as if that denies that anything is actually wrong.

In terms of test results, there isn’t a biomarker, or set blood test, for M.E. yet. This means that standard blood tests do come back “normal” or “clear” but this must not be an assumption that therefore M.E. is all in the head. M.E. is very much a physical condition but just does not have a set biomarker for yet.

‘In the past people considered multiple sclerosis to be a case of “hysteria” because they didn’t yet have a biomarker for that. Can you imagine saying that to someone with MS nowadays?

‘That’s unfortunately what is going on with those with M.E. Because there isn’t a biomarker, nor is there sufficient research to investigate one, it means attempted treatments are psychologically related, even though research has shown these are ineffective.

‘Until the psychological treatments of CBT and GET (graded exercise therapy) are shown to be what they are, i.e. damaging to those with M.E. then the research into the physical side of the illness won’t happen.’

Sophie says that using a wheelchair when she needs to has made a huge difference to her quality of life but she does, she feels she gets judged because peoples think she looks young and doesn’t obviously look unwell.

She says: ‘It is wonderful to be able to go out and get fresh air again, an activity I couldn’t do for months. There’s only so many supermarkets and shopping centres one can spend time at, as an alternative to staying at home.

‘I do feel very self-conscious being in a wheelchair as I have been told in the past “using a wheelchair will make you more disabled”. Wow. Nothing could be further from the truth.

‘My wheelchair(s) give me a greater quality of life that I might not have had otherwise. I love being able to leave the house and take my daughter out to the swings knowing that I can manage it if my energy only needs to be expended on enjoying time with her, rather than having to use energy on walking.

‘What I’m always terrified of though is if I stand up to say put my wheelchair in the car and then walk to my car seat, that people will somehow think I’m faking it.

‘Too many stories out there of people being harassed for being able to walk but yet still use a wheelchair scares me. We need more awareness that ambulatory wheelchair users exist.’

Sophie has taken some time to come to terms with her conditions and how her life has changed but she has a great support network around her.

‘I am very lucky to have family support in looking after my daughter on a regular basis, as well as a fantastic nursery my daughter goes to,’ she says.

‘My husband is also incredibly supportive, I don’t know what I’d do without him.

‘I’ve joined a local church that I attend weekly and that has helped me find the spiritual peace in coming to terms with the illness.

‘Writing for me is a very effective form of therapy, hence my blog. I find writing about my thought processes, writing about my experiences of various situations to be incredibly therapeutic.

‘I’m also a member of various support groups online who keep me upbeat and help me avoid isolation.’

Sophie finds that writing about her condition online has helped her to process what has happened and helped her raise awareness of the condition.

‘People need to be honest about how their condition affects them. That’s why I started my blog mummyingandme.com, to share what it’s like living with invisible illnesses, to share the types of challenges we come across, but also to help those who do have invisible illnesses to feel slightly less alone.

‘It’s a challenge to achieve that but I do believe we can.’

How to get involved with You Don’t Look Sick

If you have an invisible illness or disability and fancy taking part, please email [email protected]

You’ll need to be happy to share pictures that show how your condition affects you, and have some time to have some pictures taken.