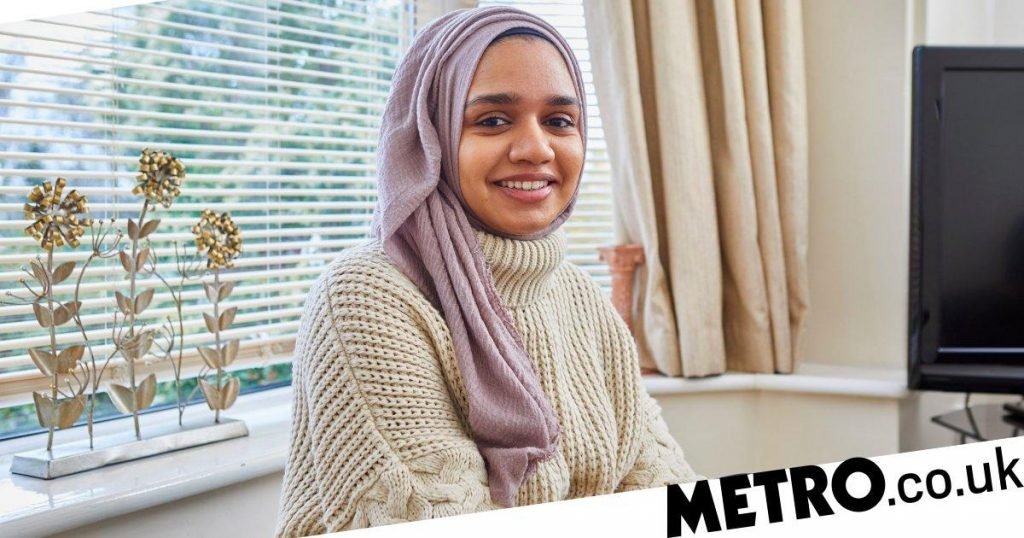 Do you know someone who is disabled?

You probably do but you might not even realise.

Thousands of people across the UK live with invisible illness and disabilities.

They suffer from symptoms and deal with the condition every day but because they don’t have any visible sign of their condition, they hear comments like ‘you don’t look sick’, when they use disabled parking spaces, priority seats or disabled bathrooms.

You Don’t Look Sick is a series that looks at the issues around invisible illness and disability.

Each week we speak to someone with a different condition about how it affects them.

‘Initially I felt that these tablets and enemas had ‘fixed’ me. Being so uneducated on the condition, I frequently skipped my medication, didn’t order my prescriptions because as silly as it sounds, I didn’t realise I had been diagnosed with a condition that required lifelong maintenance medication.

‘That said I have now been picked up by the gastroenterology clinic at my local hospital and my IBD nurses are truly my heroes. They respond to my every worry / query / random questions and nothing is ever too much for them.’

Each day is different for Tas and she has flares where her symptoms become more severe and she is in so much pain, she struggles to stand up.

She explains: ‘On a good day, i have very few symptoms. I can exercise (including high intensity exercise). I almost forget I have the condition on the good days.

‘I can do everything a ‘normal, healthy’ person can do with no issues. On my good days I am still constantly reminded of my condition with the tablets I take daily to keep it under control.

‘On average I take six tablets a day. I’m also reminded by the extraintestinal symptoms I experience due to having Colitis, like the pains in my knees and hips, the random hair loss, and the extreme fatigue.

‘Some days I feel like I’ve hit a brick wall and could sleep for hours.

‘On a bad day with a flare I struggle to stand up straight. The trips to the loo are frequent, and keeping food down is almost impossible.

‘I remember on my worst days sitting on the bathroom floor close to collapsing. At my very worst I was vomiting due to the pain in my stomach and emptying my bowels almost every five minutes.

‘I’ve been admitted into hospital once, but this wasn’t identified as a flare up, but gastroenteritis. It only came to light once I’d left the hospital that it was actually a flare I was dealing with.

‘When I was in hospital, only morphine was helping to relieve the pain. I actually spent three days in hospital on that occasion hoping that the gastroenteritis diagnosis was right and that I’d be fighting fit within a week.

‘ Less than two weeks after leaving the hospital I was doubled-over with pain again.

‘Sleep is something you don’t get during a flare because of the cramping and bowel movements.’

After her last and most serious flare, Tas turned to the internet for support and found the charity Chron’s & Colitis UK.

She explains: ‘During my last flare, my mental health took a knock, probably more so than my physical health (which was harnessed into control with the steroids).

‘I started reading A LOT on Google which made me feel worse.

‘I then started browsing the Crohn’s & Colitis UK Instagram page (recommended by my fiancé) which helped me relate to other people whose stories sounded very similar to mine.

‘This was a means of reassurance for me because I then realised that you can live a good life with Colitis and do all the things you previous enjoyed.

‘I took control of my mental health by reaching out to a few people who had been featured on the page for advice.

‘I’ve made some really good friends through the Crohns & Colitis UK Instagram page – one of which suffers with Crohn’s disease and is my friend/counsellor/sound board for all the complexities that come with Inflammatory Bowel Disease.

‘She’s also a great person to laugh with about our dodgy bowels with and I think being able to laugh is a coping mechanism for both of us. Friends with IBD play a huge role in your recovery, I know they did for me and they always remind you that better days are coming.

‘My family and fiancé have been amazing especially since this last flare in supporting me with all the changes that have come with the condition, especially more recently and encouraging me on the bad days.

‘My biggest worry was the impact my condition would have on my fiancé, as we’re due to get married in July but he has been nothing but caring and accommodating.’

After realising reaching out to others could be a source of support, Tas started her blog Tummy Troubles and Me to raise awareness of her condition.

She made it public for the first time in January 2019.

‘Writing down how I’m feeling was something that I was told to do when I struggled most with my mental health,’ she says.

‘I’d never had the guts (excuse the pun) to make this public, for fear of what people might think but I took the plunge in January 2019 and the response was amazing.
‘My blog doesn’t have a huge number of followers or the most views, but I had a few people reach out to me and tell me that it made them feel less alone.

‘If by me writing I’ve managed to help even one person feel less lonely on their IBD journey then it’s worth doing.

‘Having a chronic bowel condition is never going to be the ‘topic’ that people want to talk about.

‘It’s a stigma for most cultures and communities to talk about ‘poo’ so if I can get people to talk a little more about this condition and not feel ashamed then I’ve achieved what I wanted.

‘Whilst my friends and wider family knew I had the condition, I never openly talked to most of them about how severely it affected me and the blog was a good way of getting my story out there and probably raising awareness for them too about how I struggle day to day.’

Tas has also started to use exercise again when she can. She stresses that it is not a cure for Colitis but it does help ease some of the symptoms.

She says: ‘I attend yoga weekly, not because I think it’s the miracle cure for Colitis, but because it helps me relax and helps with the joint ache I now frequently experience.

‘I also try to practice mindfulness using Headspace but genuinely not very good at this and should probably do this more often.’

Even though her condition can make her very ill, Tas says she is regularly told she doesn’t look sick.

She explains: ‘I’ve found myself lying to people about having intolerances / food allergies because it’s just easier to say this than to explain that I have a chronic bowel condition and sometimes can’t tolerate the same foods as everyone else because it’ll probably trigger a flare up.

‘One thing the condition has taught me most recently is to respect my body. It’s ok to say no if I’m not feeling up to it.

‘This flare up has seriously thrown me because I’ve found my ‘bounceback-ability’ has been knocked. I’m now four months post-flare and probably still experiencing some of the effects of recovering from the flare, but that’s ok.

‘Everyone is different and my body just needs some time to recover.

‘Because my condition is not ‘visible’ I tend to be treated no differently thankfully.

‘The parts I have struggled with is being open with my condition at work and asking for the flexibility I require when I’m having an ‘off’ day.

‘I’m extremely fortunate that I have a very understanding manager so I’m able to have the flexibility I need but I know that my frequent ‘working from home’ isn’t always received well by others.

‘The working world is still coming to terms with agile working so having a team member work from home regularly probably isn’t something most are used to.

‘The guilt with having a chronic condition has been the hardest bit for me to come to terms with at work.

‘I’ve come to terms with putting my career on hold for now until I feel like I can go back to it in the future and that’s ok.’

Tas is fighting to raise more awareness of bowel conditions, particularly when it comes to using disabled toilets.

She says: ‘Disabled toilets need to have signs on them, which Crohn’s & Colitis UK have been implementing through their Not Every Disability campaign, which is about changing public perceptions on who can use disabled toilets.

‘I think generally society needs to start being more conscientious and understanding that everyone has their own personal struggles and people may be dealing with something that isn’t necessarily visible.

However, I appreciate that only comes with awareness. We need to get people talking, chronic diseases don’t discriminate and the stigmas around Crohn’s and Colitis need to be lifted.’

You Don’t Look Sick is a weekly series telling the stories of people with invisible illness and disabilities. Next week, we speak to Lisa who has secondary breast cancer.

How to get involved with You Don’t Look Sick

If you have an invisible illness or disability and fancy taking part, please email [email protected]

You’ll need to be happy to share pictures that show how your condition affects you, and have some time to have some pictures taken.

MORE: You Don’t Look Sick: ‘Asthma caused me to be hospitalised after vacuuming’

MORE: You Don’t Look Sick: ‘I worry about telling people at work about my brain tumour’

MORE: You Don’t Look Sick: ‘My skin condition causes a lot of pain but I gave up my blue badge because of abuse’

MORE: You Don’t Look Sick: ‘I’ve had cancer for 12 years but people tell me I’m lucky’