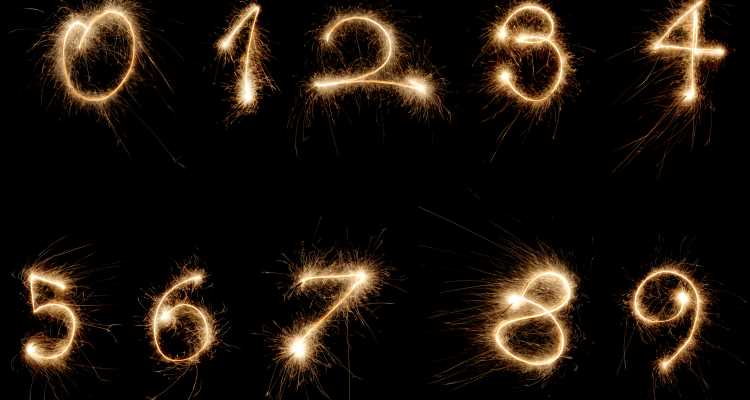 If you’ve ever spent five minutes (okay, more like 20) trying to uncover all the hidden easter eggs in one of Taylor Swift’s music videos, then you know numbers can hold ~secret~ meanings. (The girl has a hardcore crush on 13, as any true fan knows.) But numbers can do more than help you decipher T-Swift’s cryptic lyrics and music videos, they can actually determine your path in life—at least, according to numerology.

Yep, everyone has something called a “numerology number” that can clue you in to hidden parts of your personality, kind of like your zodiac sign (a.k.a. Sun sign) in astrology.

Hold up, what exactly is numerology?

Even if you didn’t love math class (@me), you probably remember learning about the Pythagorean theorem (a² + b² = c²). Well, the same Greek mathematician who came up with that, Pythagoras, is considered the founder of numerology, according to Felicia Bender, resident numerologist at AstroStyle.com and author of Redesign Your Life: Using Numerology to Create the Wildly Optimal You.

“He posits the idea that numbers carry with them not only a quantitative value, like one apples, two apples, three apples, but also a vibration and a frequency,” she explains. Translation: numbers can provide a sort of “code” to explain and even predict the role every person will play in their life.

According to Linda Joyce, a professional astrologer and author of The Day You Were Born: A Journey to Wholeness Through Astrology and Numerology, Pythagoras also “believed that numbers are spiritual symbols and can help purify the soul.” He even said that the entire universe could be reduced down to numbers and that life happened in cycles that could be predicted (by—you guessed it—numbers).

Sounds like some pretty lofty claims, but Pythagoras developed a simple process that absolutely anyone can use to find their, in numerology terms, “life-path number.” Your life-path number uses nothing but your birthdate, and through it, “the qualities of that person’s soul may be revealed,” says Joyce.

How do you figure out your numerology number?

If you can add, you can find your life-path number—it’s seriously that simple. Here’s how to do it:

Next, repeat that again for your birthday year, adding up all four digits (1 + 9 + 8 + 9). Again, if the total is a double-digit number, like it is here with 27 (which, spoiler alert, it most likely will be), add those two numbers together again.

Still with me? Great, because here’s where it gets interesting. That last equation, 2 + 7 = 9, is the final piece of the puzzle. But as Bender says, “in numerology, we’re always reducing to a one-digit number.”

Simple, right? (Well, compared to calculus it is, anyway.)

Now that I know my life path number, what does it mean?

Remember Kelly Clarkson’s hit song, “Miss Independent”? Yeah, that’s you. And that also means you’re a natural-born leader, say Bender and Joyce. If you’re a One, Joyce adds, “you must see your own uniqueness and stand on your own two feet.”

You’re all about love, cooperation, harmony, and partnership. When a fight goes down between friends, for instance, you always play the diplomat to help squash the drama. The best thing you can do for yourself (if you haven’t already) is “learn adaptability, service, and consideration for others,” Joyce says.

Not saying you’re a Chatty Cathy, buuut you do like communicating with others, especially in artistic and creative ways that show off your ~imagination~.

According to Joyce, Threes are always looking for new ways to express themselves (an Etsy store, perhaps?). But when you find one, you love nothing more than being in the spotlight, adds Bender.

Practicality is the name of your game. You’re a serious and stable worker, known for being industrious. (Meaning there’s Employee of the Month plaque just waiting to have your name on it.) “The Four uses limitation and order to build and create,” says Joyce.

Your life’s a wild ride—full of freedom, sex, entertainment, and adventure. Five is basically the numerological equivalent of YOLO, so there’s no better reason to carpe that f*ckin diem. Overall, your number represents expansion, change, and unexpected happenings, says Joyce. (Translation: buckle up, buttercup.)

Does everyone call you the “mum” of your friend group? Well…they’re right. As a Six, you’re a nurturer with an inherent love of home and family, say Bender and Joyce. You also tend to be responsible and unselfish (hence why you make sure all your friends get home safe after a night out). Just know that your number is “challenged to embrace beauty, love, harmony, sympathy, and understanding wherever possible,” per Joyce.

You’re a seeker, but not the Harry Potter kind (sorry, that’d be cool). Bender explains that Sevens are “spiritual seekers,” even though you might be reluctant to delve into life’s #deep questions. That’s because, at the same time, you’re analytical and data-driven. It all comes together, Joyce says, in “introspection, mental analysis, and understanding.” Maybe it’s time to add some meditation into your daily routine?

Show you the money! Yep, Eight is all about financial manifestation and material satisfaction, according to Bender and Joyce. Madonna’s “Material Girl” might be your 24/7 soundtrack, but just know you’ll be challenged to deal with the material and practical things of life, says Joyce. (Read: Don’t swipe that credit card every chance you get.)

Always looking for a way to give back, Angelina Jolie–style? Yep, you’re a Nine. This number is known for its philanthropic nature, humanitarian tendencies, and overall selflessness. But as much as you might feel the urge to give back, you’re still challenged “to learn the satisfaction of giving,” says Joyce. (Hey, we’re all in work in progress, mmkay?)

Can I reap the benefits of a number that’s not my life-path number?

You sure can. “It’s all about your intention,” says Bender.

For example, if you want to make it rain dolla dolla bills, she suggests drawing an 8 on a little piece of paper. Then put it in your wallet, and see what happens. Or, if you’ve just moved into a new house and want to get your finances in order (because that mortgage is no joke), you can use the address. If your house number is a 3, all you have to do is put a 5 on the inside of the front door, and—voila!—you’ve got 8.

“What you’ve done is kind of like a feng shui fix,” Bender explains. The goal is to create an “environment” that exudes a certain number and what it represents (kind of like The Secret). “I’ve actually personally done that, and it’s kind of groovy, it works in a weird way,” she adds. “It changes the energy.”

Plus, whenever you want to change that energy up, all you have to do is change the number you’re adding. “It’s not like a magic wand,” Bender says. “But you can really use it as a tool in your toolbox.”

How does my numerology number relate to my Sun sign?

Turns out, they go together like peanut butter and jelly, mac and cheese, and, well, French fried Taylor Swift and burgerfied Katy Perry.

Joyce explains that your Sun sign and numerology number tell you similar info about yourself. “They are not in conflict,” she explains. “One is not better than another, but everyone has their favourite.”

While you might feel like a total Taurus or a solid 6, she still recommends using both in your life, because each one works in their own way. “Both systems see the world as a set of symbols that represent different characteristics,” Joyce says.

Each school of thought is based on the notion that everything is connected and exists in perfect synchronicity with everything else. Numerology gives numbers characteristics, while astrology does the same thing—just with planets (hence why you have a Sun sign, Moon sign, Venus sign, etc.).

Bottom line, both numerology and astrology can help you learn more about yourself and guide you toward your #goals. Using the basic elements of numerology, you can start to clear out the clutter of BS in your life, Bender says, meaning “the bright and shiny objects” that might distract you from what you really want.

In fact, your numerology number can validate not only who you are, but the struggles you’ve gone through. “It really opens up an avenue for self-knowledge that you can use on a day-to-day basis,” Bender says. Maybe T-Swift is onto something, after all…

This article originally appeared on Women’s Health US.