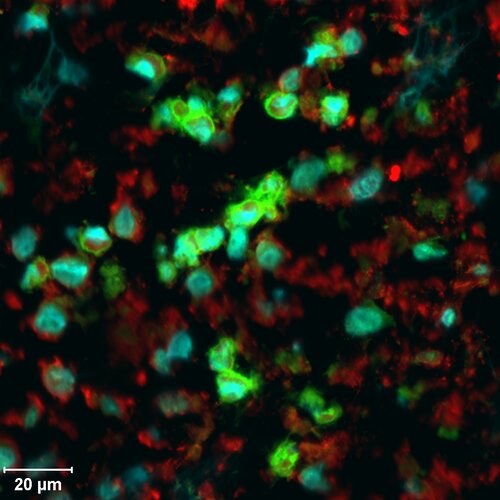 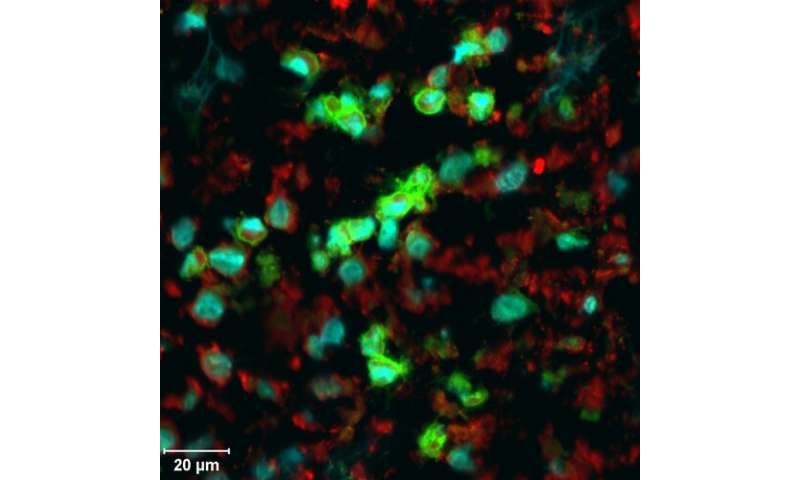 Langerhans cell histiocytosis (LCH) is a very unusual disease: Often classified as a cancer because of uncontrolled cell growth in different parts of the body, it also has features of an autoimmune disease, as LCH lesions attract immune cells and show characteristic tissue inflammation. LCH is clinically variable and often difficult to diagnose. Skin involvement in babies with LCH can look like a diaper rash, whereas bone involvement can be mistaken as sarcoma in an X-ray picture. In its most aggressive form, LCH can present as leukaemia-like disease and lead to organ failure. These diverse manifestations and the enormous clinical heterogeneity of LCH continue to puzzle medical doctors and scientists around the world.

Studying LCH lesions under the microscope, Caroline Hutter—a paediatric oncologist at St. Anna Children’s Hospital, principal investigator at CCRI and co-lead investigator of this study—observed striking heterogeneity among LCH cells. To investigate this diversity in full molecular detail, she assembled an interdisciplinary team including experimental and computational researchers from CCRI and CeMM, as well as medical doctors from St. Anna Children’s Hospital and Vienna General Hospital. Her aim was to answer two fundamental questions: What are the mechanisms behind LCH, and how can we improve treatment of children affected by this disease?

Utilizing state-of-the-art technology in the laboratory of co-lead investigator Christoph Bock (CeMM), LCH lesions were analysed for their molecular composition at single-cell resolution. Spearheaded by one computational postdoc, Florian Halbritter (now at CCRI), and one wet-lab postdoc, Matthias Farlik (now at Medical University of Vienna), the team analysed the molecular profiles of LCH lesions and developed a comprehensive map of cellular heterogeneity in LCH.

In this molecular map of LCH, the team identified multiple LCH cell subtypes. One of these subtypes comprised actively dividing cells, which appear to give rise to the other LCH cell subtypes. In further experiments, the team unravelled the molecular pathways that are active in different branches of this unexpected developmental hierarchy, which corroborated an interplay of developmental, immunological, and oncogenic mechanisms in LCH.