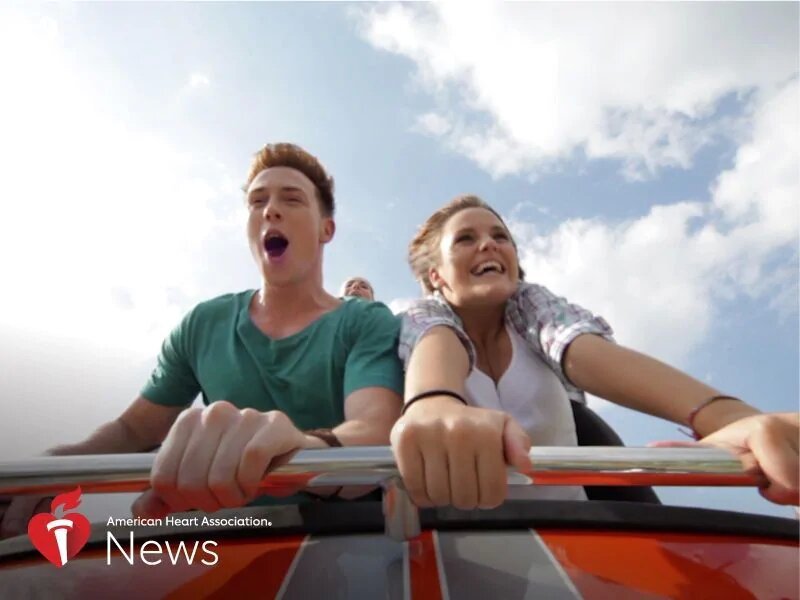 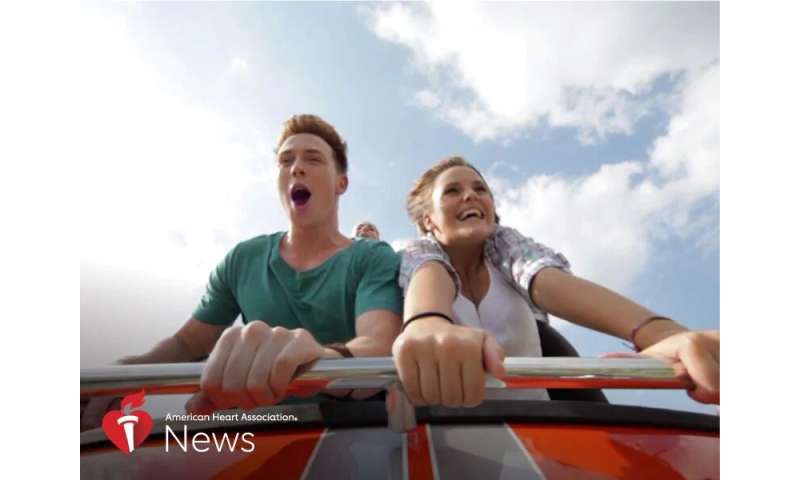 The fastest roller coasters exceed 100 mph. A race car driver can double that speed within seconds.

Either activity can exhilarate, but could they also harm the heart? Could someone literally die from the excitement?

Probably not, according to one study that surveyed thrill-seekers with serious heart conditions.

Despite all the warning notices posted on adrenaline-pumping amusement park rides, or from friends trying to discourage that skydiving trip, very little science has explored the question.

“I can’t think of a single major replicated study connecting thrill-seeking personalities and actual thrill-seeking behavior to health. That is, one that does the full cardiovascular workup,” said Frank Farley, a psychologist at Temple University in Philadelphia.

Farley has studied thrill-seekers for decades, even chasing a few Mount Everest climbers in Nepal and hopping in hot air balloons over China and Russia just to see what makes them tick. But, he said, “health stuff rarely comes up.”

It’s for that reason a group of researchers led by two Yale scientists took on the topic.

The group looked at a survey of thrill-seeking enthusiasts diagnosed with hypertrophic cardiomyopathy, a condition characterized by the thickening of the heart walls and a common cause of cardiac arrest.

The survey recorded online responses from 571 adult thrill-seekers at high risk for irregular heartbeats, or arrhythmias. About 40 percent of the group had implantable defibrillators.

The group participated in more than 8,000 total thrill-seeking activities that included rafting, bungee jumping, rappelling, paragliding and skydiving. While about a third of them experienced minor symptoms including dizziness, nausea and chest palpitations, only nine had a severe response like fainting or cardiac arrest within an hour of the event. Four of those nine cases occurred after riding roller coasters.

The findings, presented last fall at the American Heart Association’s Scientific Sessions conference, suggest little evidence linking health dangers to such thrill-seeking behavior, even among those diagnosed with a serious heart condition, said Dr. Dan Jacoby, senior author of the study and director of the comprehensive heart failure program at Yale School of Medicine in New Haven, Connecticut.

“What the study shows is that the risk of participation is very low—extraordinarily low—per ride,” he said.

Jacoby noted a past study that looked at roller coaster fatalities over a recent 10-year span found very few linked to heart problems. Most were from traumatic injuries.

“So, if you go on a roller coaster with hypertrophic cardiomyopathy, you’re at greater risk of getting ejected from the roller coaster and have an injury, or there’ll be a crash that will injure you,” he said. “Overall, in the population we looked at, that seems to be what’s going on.”

Farley said health-related problems rarely bubble up among the thrill-seekers he has studied. They often have a different mindset than most when it comes to heart-racing adventures.

“Jumping out of a plane for skydiving would stress out most people. I mean, what if the parachute doesn’t open? But my sense is that these thrill-seekers reframe the situation as a thrill, not stress,” Farley said.

Dr. Nikolaos Papoutsidakis, an instructor at the Yale School of Medicine and co-author of the recent study, said few of the cardiomyopathy patients surveyed said they received any counsel from doctors when it came to thrill-seeking activities. Often, they provided conflicting advice.

“Some doctors claimed it was safe, some claimed it was dangerous, and only a minority actually told the patient there’s not much data on the subject,” he said.

Jacoby cautioned thrill-seekers, particularly those with heart conditions, to still consult with their doctors before engaging in anything potentially dangerous.

“What we don’t want to have happen is for people to look at a newspaper article, a blog or even at our paper and say to themselves, ‘Well, that’s great news! Let me rush out and do that,'” he said.