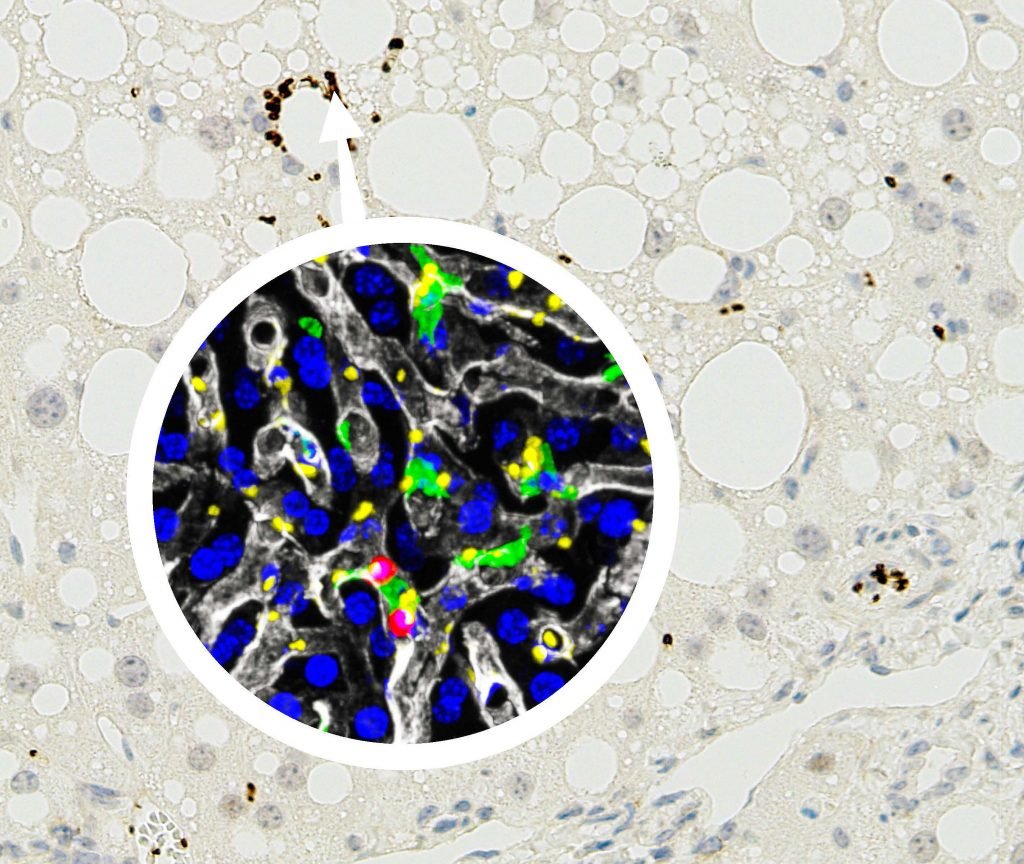 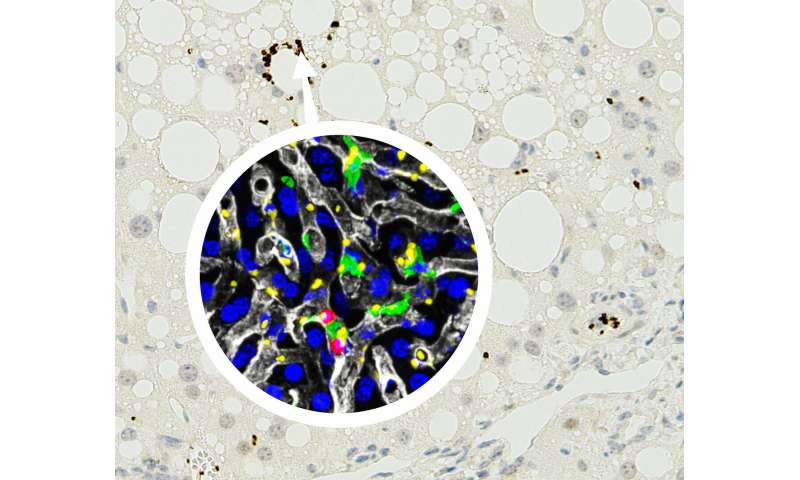 Blood platelets that interact with liver cells and immune cells play a major role in the development of fatty liver disease, non-alcoholic fatty liver inflammation and liver cancer, scientists from the German Cancer Research Center (DKFZ) in Heidelberg and from Zurich University and University Hospital have now shown in a publication. The researchers have also worked out new approaches for using drugs to keep the development of fatty liver disease in check, thus preventing liver cancer in the long term.

Non-alcoholic fatty liver disease is among the most common chronic hepatic disorders in Western industrial countries, and the rate is also rapidly rising in newly industrialized countries. Experts estimate that about 30 to 40 percent of the population worldwide develop this liver condition. In the United States, this disease is well on the way to becoming the most frequent indication for liver transplants. To date, there is no effective medical treatment for it. Treatment recommendations usually are a change of diet and more physical exercise.

The major risk factors for fatty liver disease are obesity—particularly linked with excess belly (visceral) fat—and type 2 diabetes mellitus. However, diet and lack of physical activity are only one aspect in the disease process, a team led by Mathias Heikenwälder, German Cancer Research Center (DKFZ) in Heidelberg, and from Achim Weber, Zurich University Hospital, has now discovered. For fatty liver disease to progress to inflammation of the liver, specific immune cells have to invade the liver. But what attracts them? “We have now shown for the first time that platelets play a key role in this process,” Heikenwälder said.

Up until recently, blood platelets were only known to be responsible for blood clotting and wound healing. However, researchers have been finding increasing evidence that they are also involved in numerous disease processes and in the development of cancer. Heikenwälder and colleagues have now demonstrated that elevated levels of platelets are found in the livers of mice that are fed on a fat-rich diet. They made similar observations in people with non-alcoholic fatty liver disease.

When the mice were treated with anticoagulant drugs, aspirin and clopidogrel, which also influence platelets, in addition to the fat-rich food for twelve months, the quantity of invading platelets as well as the amount of inflammatory immune cells in the liver decreased. The scientists achieved the same effect when they gave their experimental animals another blood thinner which specifically inhibits only the function of platelets (ticagrelor). “Although the mice became obese, they did not develop fatty liver disease and liver cancer,” summed up Heikenwälder.

The investigators identified special macrophages in the liver, called Kupffer cells, as the culprits for recruiting platelets into the liver. In addition, it seems to be crucial that the invading blood platelets attach to the hepatic Kupffer cells. This can happen at two different molecular “docking sites”. A specific glycoprotein called GPIbα on the platelet surface membrane plays a major role in this docking maneuver. When the researchers used an antibody to block GPIbα, the quantity of chemical messengers in the liver which recruit inflammatory immune cells dropped. Subsequently, the inflammation of the liver also diminished.

The present work of the researchers in Heikenwälder’s and Weber’s team contributes to enhancing our understanding of fatty liver disease. Heikenwälder adds, “Based on our results, new approaches for treating fatty liver disease can now be developed, as we have already shown in our experiments with mice.” He stated that it is perceivable, for example, to reduce the quantity of active blood platelets in cases of fatty liver disease or to prevent their attachment and, thus, the recruitment of inflammatory immune cells.

This could be achieved, for example, by administering anticoagulants or antibodies against GPIbα. In a pilot study, the scientists found that treating fatty liver disease patients with blood thinners leads to reduction of the share of fat in the liver as well as of the organ’s size. Heikenwälder’s vision is to specifically influence and protect the liver as the central organ for metabolism. “If we manage to break the cycle of inflammatory processes, we can help affected people to lower their risk of liver cancer induced by fatty liver disease.”

Fatty liver disease is a condition in which excess fat builds up in liver cells. People who are affected usually do not notice this. However, it is anything but harmless. Fatty liver disease can progress into inflammation of the liver with pathogenic changes, a condition called non-alcoholic steatohepatitis (NASH), which may ultimately lead to liver cirrhosis. In cirrhosis, liver cells die and are replaced by scar tissue; the organ shrinks until it can no longer function properly. At the same time, the risk of developing liver cancer rises. Additionally, fatty liver disease affects the body’s whole metabolism and increases people’s risk for type 2 diabetes and cardiovascular diseases.