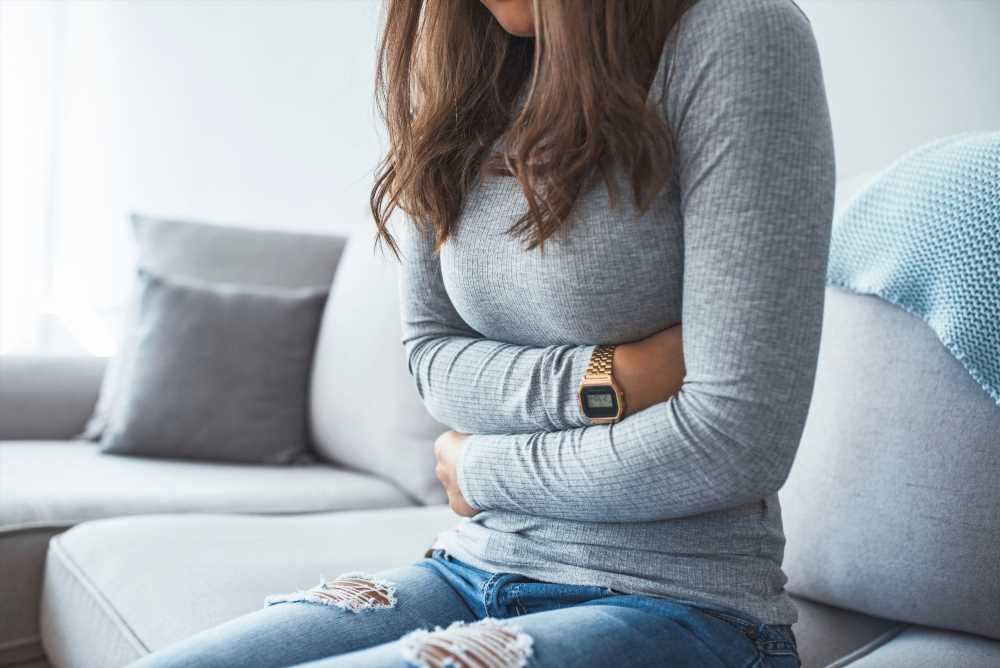 Indigestion, or dyspepsia, describes any discomfort or pain in the upper abdomen. The symptoms of dyspepsia include heartburn, early satiety, burping, gas, and nausea, among various similar gastrointestinal issues. Most adults have experienced indigestion at some point in their lives, usually unaccompanied by any other serious illness.

However, long-lasting or severe indigestion may indicate a more serious disease, particularly when concomitant with other symptoms such as gastrointestinal bleeding, reduction in body weight, or difficulty swallowing (dysphagia).

Dyspepsia is categorized as either organic or functional, depending on the root cause, the former referring to indigestion as a result of underlying disease, and the latter where there is no underlying disease. The most common causes of organic and functional dyspepsia are discussed in more detail below.

Indigestion may be caused by various reasons, most frequently related to dietary intake of foods and drinks. Overeating or quickly eating very oily, acidic, or spicy foods is known to cause indigestion by irritating the stomach or other epithelial linings, reducing the stomach's capacity to digest and pass food into the intestines efficiently. Certain medications and supplements may also interfere with the normal operation of the digestive system and thereby cause temporary dyspepsia, as can the ingestion of large quantities of dietary fiber, caffeine, or carbonated beverages.

Similarly, smoking can cause the muscles that close the junction between the stomach and esophagus to weaken and allow acid to flow into the throat, causing heartburn. Alcohol consumption can also lead to various digestive issues, most directly by promoting acidification of the stomach acids and leading to further irritation of the esophagus and, ultimately, dyspepsia. Obese individuals are also more likely to experience dyspepsia due to increased pressure within the stomach, specifically after a big meal that causes acid reflux. For similar reasons, as well as additional hormonal causes, pregnant women also frequently experience indigestion at some stage of gestation.

Finally, anxiety and stress can also cause dyspepsia, though it can arguably be considered an organic cause related to underlying disease in cases of chronic anxiety. When people experience stress hormonal changes occur to prepare the individuals' mind and body to face the upcoming threat, often resulting in raised heart rate and blood pressure, with muscular vasculature dilating while nonessential systems, such as blood flow to the digestive system, are restricted. Physical symptoms include stomach upset, nausea, vomiting, and indigestion.

Where indigestion results from an underlying disease, it is called organic dyspepsia, and several diseases present indigestion as a common symptom. For example, gastroesophageal reflux disease (GERD) is caused by weakness in muscles that seal off the junction between the stomach and the esophagus, allowing stomach acid to flow back into the esophagus. Subsequent inflammation and irritation of the tissue linings lead to pain while swallowing and indigestion.

Other diseases that cause dysfunction throughout the digestive system also commonly lead to indigestion. For example, gallstone disease is frequently associated with indigestion, bloating, and abdominal discomfort and chronic dyspepsia is considered a potential symptom worth further investigation. Similarly, stomach or other gastrointestinal cancers are liable to cause dyspepsia at some stage via severe digestive system dysfunction, potentially presenting as a chronic symptom well before the disease is clinically confirmed.

Peptic ulcers are caused by persistent damage to the upper gastrointestinal tract's walls by stomach acids and frequently exhibit heartburn and dyspepsia as major symptoms. Interestingly, peptic ulcers are also associated with chronic overuse of non-steroidal anti-inflammatory drugs such as ibuprofen and Helicobacter pylori bacterial infection. Helicobacter pylori is a Gram-negative bacteria usually found in the stomach, which has been associated with several diseases, such as peptic ulcers, gastritis, and stomach cancers, which can cause indigestion. Most H. pylori infections do not exhibit symptoms, and many studies suggest that the bacterium plays a role in normal gut homeostasis in many individuals, with around 50% of the world’s population harboring the bacteria in their upper gastrointestinal tracts. Acute infection generally presents with nausea, vomiting, and abdominal pain, along with the formation of peptic ulcers.

Disruption of the gut microbiome through antibiotics and other medications can also lead to indigestion, particularly nitrates provided to treat heart conditions such as angina. These drugs cause artery dilation and may again loosen the sphincteric muscle between the stomach and the esophagus, leading to acid upflow and epithelial inflammation.

Indigestion is generally mild, transient, and has no severe complexities. However, long-term dyspepsia caused by lifestyle choices (diet, drug, and alcohol intake, et cetera) can lead to cause serious complications such as cancer and peritonitis, or infection of the stomach lining. Severe and long-term dyspepsia is usually initially investigated by endoscopy, where a camera is passed down the throat to allow ulcers, cancers, or other diseases to be identified. If any concern is noted during these examinations, then follow-up biopsies and blood tests may be performed with specific diagnostic intent.