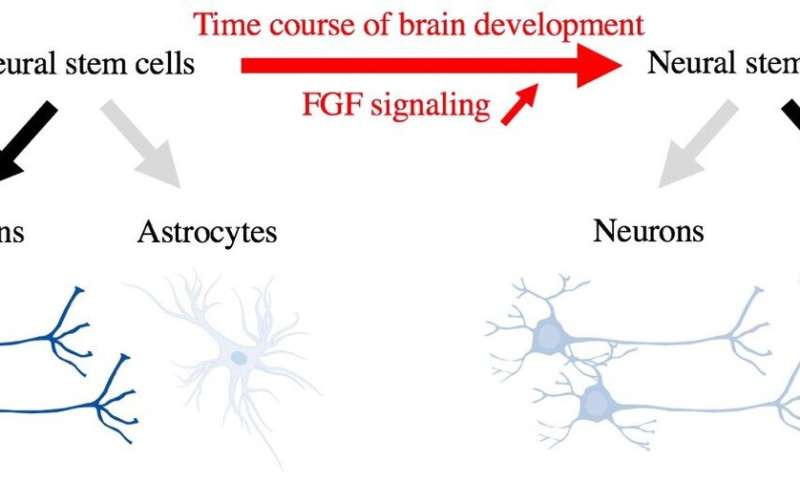 During mammalian brain development, neural precursor cells first generate neurons and later astrocytes. This cell fate change is a key process generating proper numbers of neurons and astrocytes. Here we discovered that FGF regulates the cell fate switch from neurons to astrocytes in the developing cerebral cortex using mice. FGF is a critical extracellular regulator of the cell fate switch, necessary and sufficient, in the mammalian cerebral cortex. 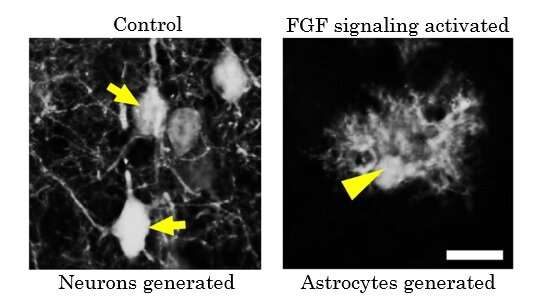 The research group at Kanazawa University shows that the switch determining the fate of two types of cells in the cerebral cortex generated from neural stem cells is based on the FGF signaling pathway (Figure 1). More specifically, it was found that enhancement of FGF signaling by introducing FGF in the cerebral cortex caused cells destined to become neurons to be differentiated into astrocytes (Figures 2, 3). On the other hand, suppression of FGF signaling caused cells destined to become astrocytes to be differentiated into neurons (Figure 3). The present study has thus elucidated the mechanism responsible for determining the correct numbers of neurons and astrocytes during development of the fetal brain. 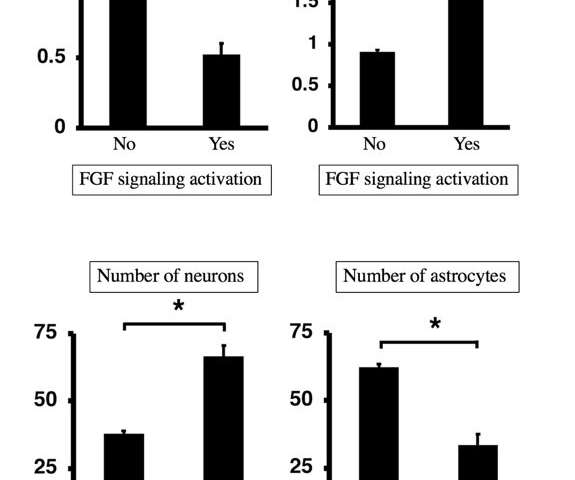