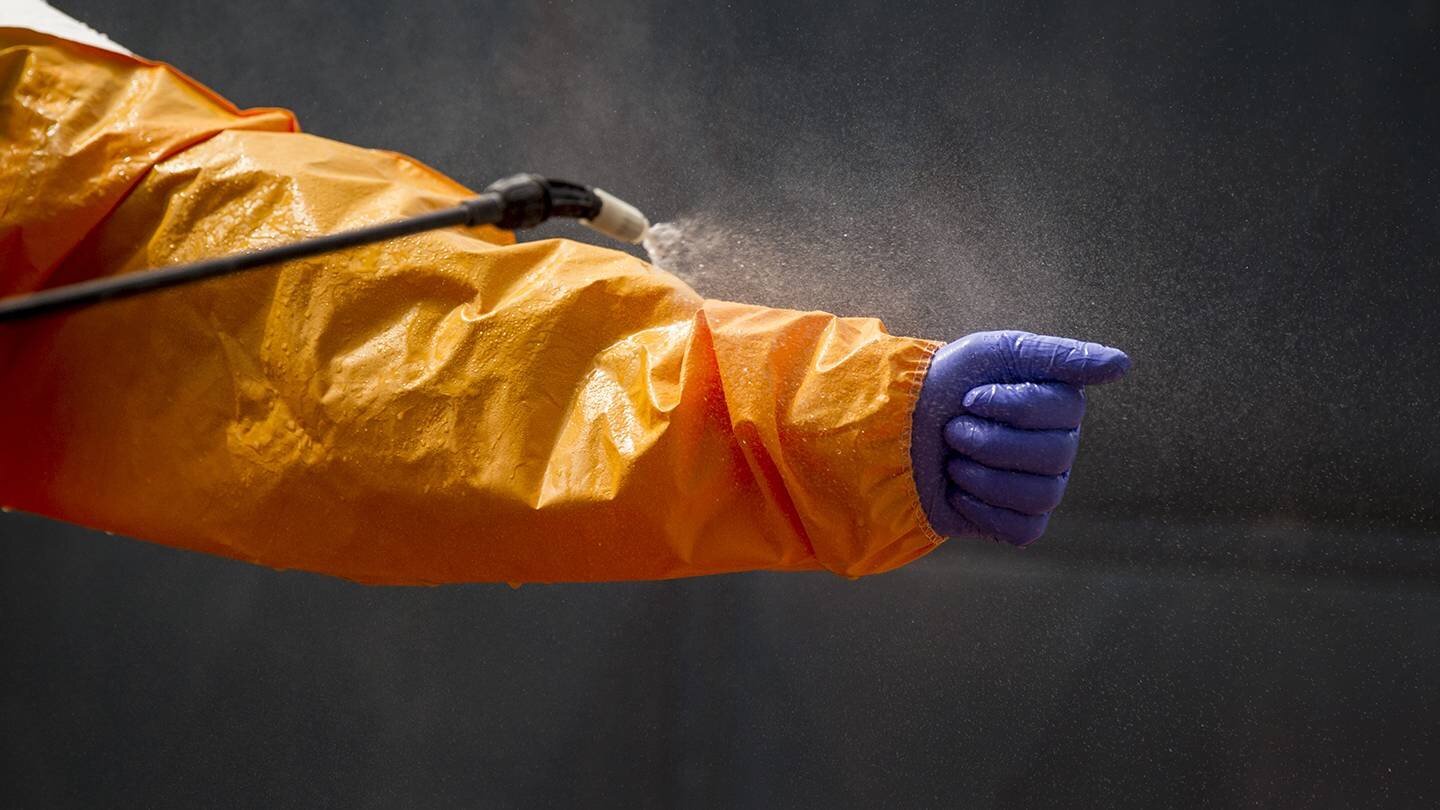 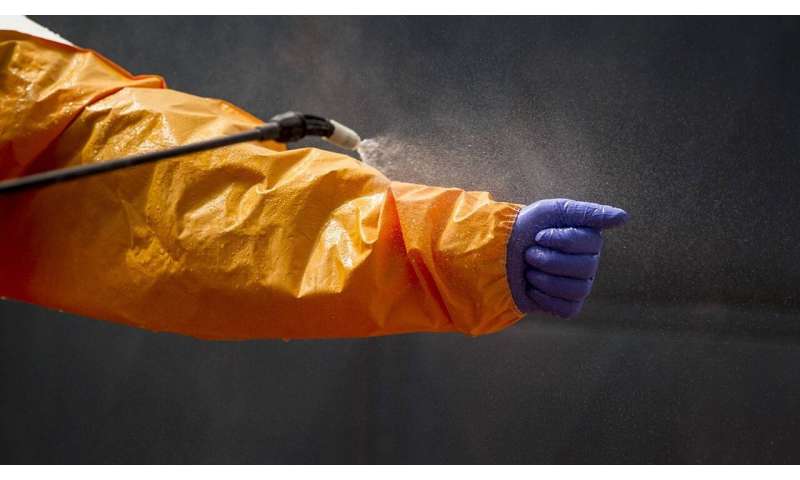 The Democratic Republic of the Congo is in the throes of its worst Ebola outbreak since the disease was first discovered there in 1976. It is the second-worst outbreak in history, behind the West Africa outbreak of 2014 that reached 10 countries including the U.S. and caused more than 10,000 deaths. About 10 new cases of Ebola are reported every day, and on June 8, health officials in DRC reported that 1,968 cases of Ebola have been confirmed with another 94 probable cases, and that 1,390 people have died from the disease.

The outbreak has prompted an international public health response, coordinated by DRC’s Ministry of Health, that began in August 2018. Recent advances in personal protective equipment—versions of which were developed by volunteers at Johns Hopkins—and the introduction of an Ebola vaccine for use in DRC should make disease control and prevention far more manageable. But public health experts say they’re not optimistic that the crisis in DRC will be resolved any time soon and that the scale of the problem is indicative of far greater problems.

“The hurdle right now is not the epidemiology or the medicine, it’s the soft sciences,” says Paul Spiegel, a professor of practice in the Department of International Health in the Johns Hopkins Bloomberg School of Public Health. “Building relationships is extraordinarily difficult when there’s so much mistrust and misinformation out there.”

DRC’s Ebola response has been complicated by an ongoing, violent military conflict in the eastern province of Kivu, which borders Rwanda and Uganda. Rebel forces—made up of as many as 134 separate armed groups, according to one study—have fought against the country’s central government since 2004 and displaced millions of people from their homes. The United Nations has deployed 21,000 troops to the region, making it the largest UN peacekeeping mission currently in operation.

“DRC has been the site of constant conflict—sometimes low-grade, sometimes high-grade—for decades,” says Spiegel, who directs the university’s Center for Humanitarian Health. “Rebel groups are fighting for control of regions where precious minerals are abundant, and in many of these areas, the population does not support or trust the central government because they’ve been neglected. That’s extremely dangerous in this case, because it’s the central government that’s leading the Ebola response.”

The way Ebola treatment is administered compounds the problem. Officials must isolate individuals who have been exposed to the hemorrhagic virus—which has a roughly 50% fatality rate and is accompanied by dramatic late-stage symptoms—in order to prevent its spread. But forced isolation can be a traumatic experience for sick patients, even in the best of circumstances, Spiegel says: “When there’s no trust between the health officials and the community, just imagine the complications that arise as a result.”

Rebel forces have launched violent attacks on public health workers and vandalized treatment centers, and local communities sympathetic to rebel causes have followed suit. Attacks on treatment centers in February led the international health nonprofit Doctors Without Borders to suspend medical activities in two regions of Kivu. As of late May, attacks on health workers have resulted in five deaths and 40 injuries.

The mismanagement of the crisis has prompted officials to call for substantial changes to the way the Ebola response is coordinated. In late May, the UN Inter-Agency Standing Committee activated a range of special measures to respond to the crisis, declaring an “L3” response—a deignation reserved for emergency situations when agencies can no longer meet the needs on the ground. Tariq Riebl, the emergency response director at the International Rescue Committee, told The Guardian that the situation calls for drastic measures. “This response requires a total and complete reset,” he said.

“Community entry is really important during Ebola response,” Serlemitsos says. “If you ride in like the cavalry in big white Land Cruisers and take over, that won’t be well-received.”

Serlemitsos served as Regional Director for the CCP’s Health Communication Capacity Collaborative (HC3) Ebola Program during the 2014 outbreak in West Africa. As part of her work, she partnered with anthropologists and other experts to write a community entry guide that advised on local customs and traditions so health workers could work alongside communities, instead of against them. 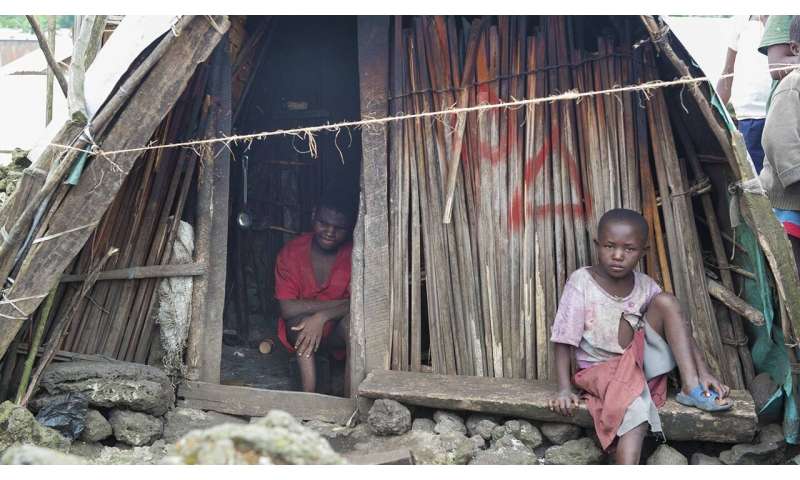 “It included everything from the way you dress, the way you greet people, who you greet first, whether or not you have to greet the chief on your knees, and whether you have to always keep your eyes cast down,” Serlemitsos says. “If you’ve lived those traditions all your life, you might not think to tell someone else how to do it. Having anthropologists who understand those customs and their cultural significance made a big difference for those who went out and interfaced with the community.”

Chiara Altare, an assistant scientist in the Department of International Health in the Bloomberg School who also works in the Center for Humanitarian Health, spent four weeks earlier this year seconded to the World Health Organization’s monitoring and evaluation team in Goma, the capital of the North Kivu province. She says there were days when operations were stable and health work continued unimpeded, and other days when localized security risks prevented workers from leaving their offices.

As an analyst, Altare was charged with monitoring Ebola response efforts, triangulating information, and compiling reports to inform operational decision-making. While she was in DRC, she said a promising new approach was developed: WHO officials met with local community leaders and chiefs to discuss future Ebola response tactics. At the end of these meetings, both parties would agree to a letter of intent outlining the scope of future actions. While the effectiveness of such agreements is still under review, Altare says that anecdotally, it was an important step toward building trust in the community.

“Certainly it was good to be transparent with the communities about why the response was there and what they plan to do, and for officials to understand community perspectives,” says Altare.

But she says the public health response to Ebola was on a far larger scale than the health response for conditions that affect a greater portion of the population, and that inequity is felt in the communities.

“Public health doesn’t happen in a vacuum,” she says. “There are so many additional medical emergencies taking place in DRC that have gone unaddressed—cholera, malaria, 30 years of conflict. … In such a complex setting, having a medical approach that only focuses on one topic will backfire. At the very least it is an unsustainable way to gain trust in the community.”

“During the West Africa outbreak in 2014, all other health services were suspended, including routine immunization,” she says. “It’s no surprise that a year later there was an alarmingly large measles outbreak in 10 of the 15 counties of Liberia.”

But these health workers who provide routine care during an Ebola outbreak, she said, must be well-trained in screening for Ebola—for the safety of other patients and of the health workers themselves. Facilities should be equipped to provide high-level infection prevention and control, and at least minimal care for infected patients, including isolation, until they can be transferred to an Ebola treatment unit.

For now, these public health experts say they aren’t optimistic about the future of such outbreaks—especially in areas with unstable governments and human displacement.