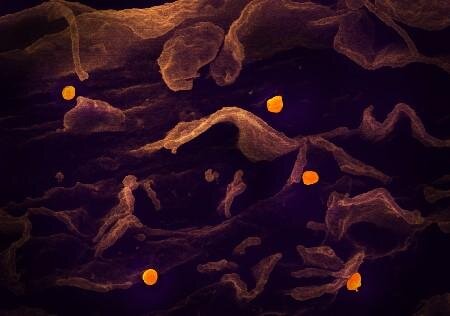 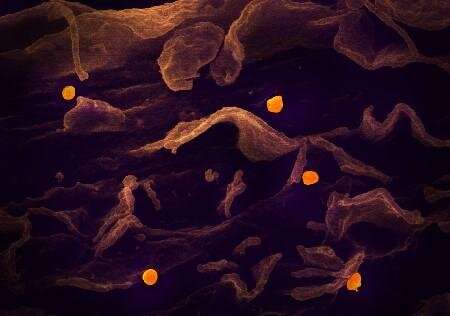 The experimental antiviral drug remdesivir completely protected four African green monkeys from a lethal dose of Nipah virus, according to a new study in Science Translational Medicine from National Institutes of Health scientists and colleagues.

First identified in 1999 in Malaysia, Nipah virus is an emerging pathogen found primarily in Bangladesh and India. The virus is spread to humans by fruit bats; person-to-person transmission also occurs. Nipah virus can cause neurological and respiratory disease; the mortality rate is about 70%. Delayed relapse, manifesting as brain inflammation or encephalitis, can occur. An outbreak in May 2018 in India resulted in 23 cases and 21 deaths.

Gilead Sciences, Inc., is developing remdesivir and, in collaboration with scientists from the Centers for Disease Control and Prevention (CDC), performed initial laboratory studies evaluating the drug against Nipah virus. Researchers from CDC and NIH’s National Institute of Allergy and Infectious Diseases (NIAID) collaborated on the concept for the monkey study. NIAID then conducted the monkey studies with laboratory serology and pathology support from CDC. Animals infected with a lethal dose of Nipah virus received a first dose of intravenous remdesivir 24 hours after infection and then a daily intravenous dose for a total of 12 consecutive days. The NIAID team observed the animals for 92 days after infection, taking clinical samples 14 times during that span. The long period of observation allowed scientists adequate time to monitor the central nervous system for disease, which can be slow to develop when caused by Nipah virus. Two treated animals developed mild respiratory signs that resolved within three weeks; the other two treated animals showed no signs of illness. All four remained apparently healthy for the remainder of the study. Four untreated animals also received a lethal dose of Nipah virus. They began showing signs of illness within four days of infection and rapidly developed fatal disease within eight days.