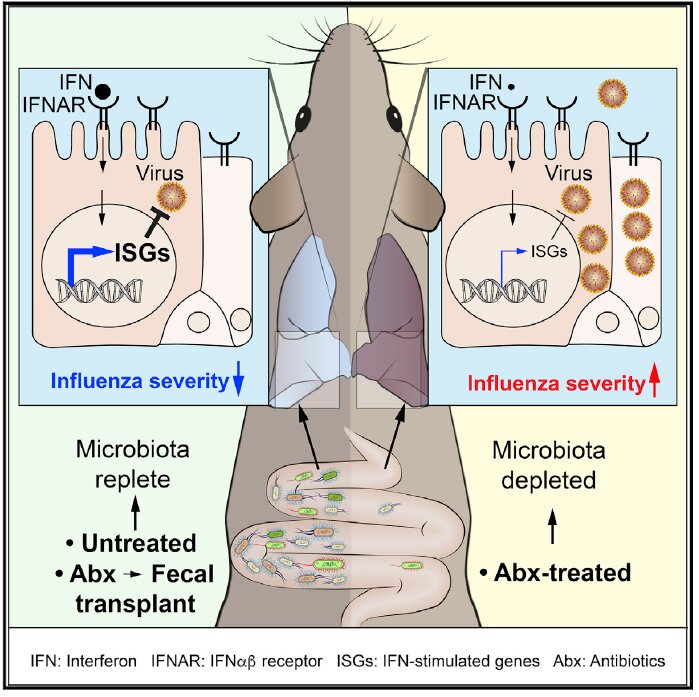 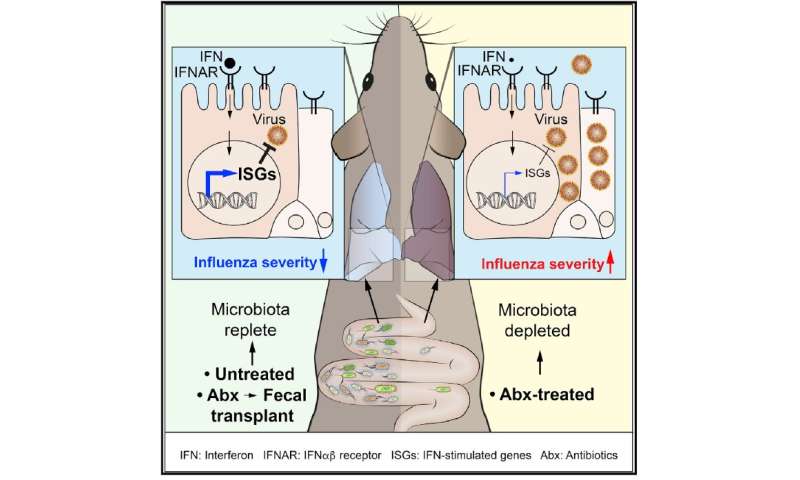 “This study supports that taking antibiotics inappropriately not only promotes antibiotic resistance and wipes out the commensals in your gut that are useful and protective, but it may also render you more susceptible to viral infections,” says senior study author Andreas Wack of the Francis Crick Institute in the UK. “In some countries, the livestock industry uses antibiotics a lot, prophylactically, so treated animals may become more susceptible to virus infections.”

IFNα/β signalling plays a central role in the immune defense against viral infections. These pathways are fine-tuned to elicit antiviral protection while avoiding tissue damage due to inflammation. This trade-off is apparent in individuals with a genetic variant that results in high interferon production. They can mount enhanced immune responses against viruses, but the flip side is that they show signs of chronic auto-inflammation. It has not been clear exactly how IFNα/β signalling strikes the right balance, maximizing antiviral protection while minimizing excessive inflammation.

To address this question, Wack and his team used mice with enhanced baseline IFNα/β signalling due to a mutation that increases expression levels of the IFNα/β receptor. These mice were more resistant to influenza virus infection, with less weight loss, lower virus gene expression eight hours after infection, and reduced influenza virus replication two days later. Given that the viral load was controlled early, subsequent IFNα/β signalling and antiviral immune responses were never fully set in motion. The results suggest that regulating expression levels of the IFNα/β receptor could be key to fine-tuning IFNα/β signalling in the lungs. 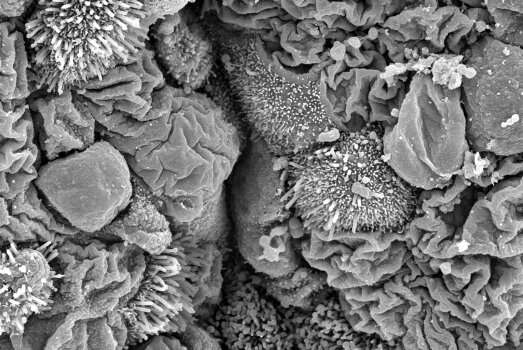 But the protective effect of enhanced baseline IFNα/β signalling was reduced by two to four weeks of antibiotic treatment, which decreased IFNα/β signalling mainly in lung stromal cells—non-immune cells that make up the structural tissue of organs. Conversely, fecal transplant reversed the antibiotic-induced susceptibility to influenza virus infection, suggesting a potential role for gut microbes.

Taken together, the results suggest that microbiota increase IFNα/β signalling in lung stromal cells, thereby enhancing protection against influenza virus infection. The new findings are consistent with those from previous studies showing that mice treated with oral antibiotics are more susceptible to viral infections, including the influenza A virus.

“This and previous studies demonstrate that microbiota-driven signals can act at multiple levels, inducing an antiviral state in non-immune cells to control infection early on, and enhancing the functionality of immune cells later in infection,” says Wack.