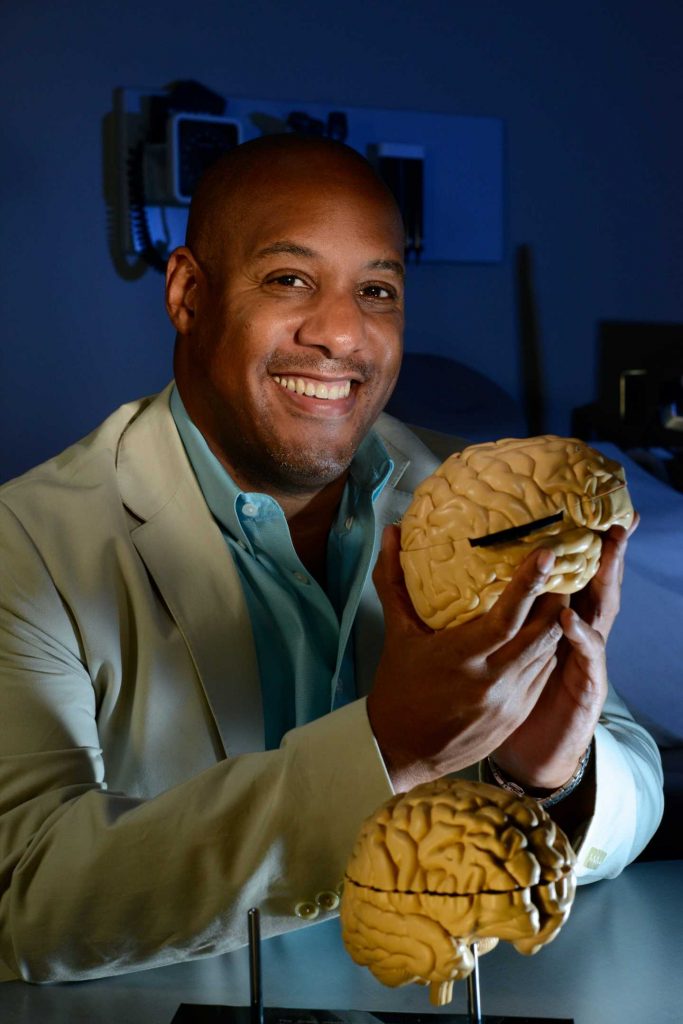 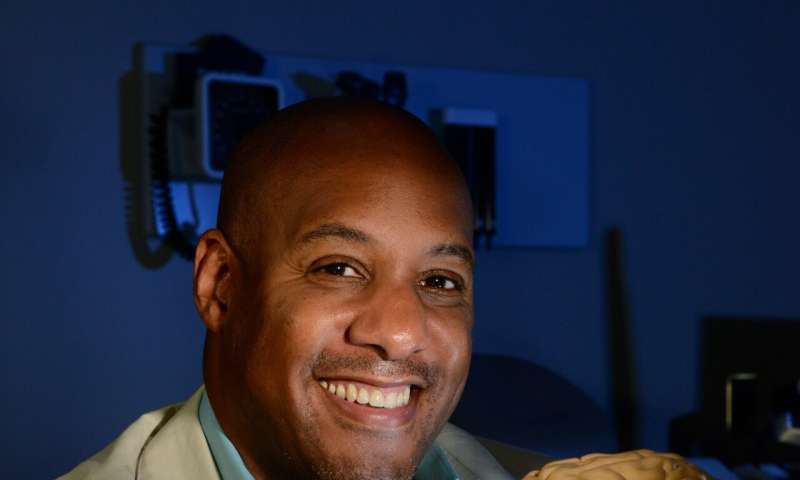 A stroke treatment developed by researcher Byron Ford at the University of California, Riverside, has moved toward clinical trials.

The treatment focuses on neuregulins, a family of naturally occurring proteins that has shown promise for treating stroke, a leading cause of death in the United States and the major cause of long-term disability.

During stroke, blood supply to the brain is interrupted. Most often, an artery to the brain gets blocked by a clot or a blood vessel ruptures. With no blood—and therefore no oxygen or nutrients—reaching the brain, cells in the brain begin to die locally, at the “core,” within a couple of hours. Subsequently, the core cells burst and release their components into the surrounding area, which then experiences a dramatic inflammatory response. This area, called the ischemic penumbra, dies over the course of several hours or days. Neuregulin-1, or NRG-1, one of four proteins in the neuregulin family, prevents this inflammation and cell death.

“Cells in the core die by getting overexcited and exploding,” said Ford, a professor of biomedical sciences at the UCR School of Medicine, whose company, Brain-Gen, has patents for the use of NRG-1 to treat stroke. “Cells in the ischemic penumbra die by committing suicide. This happens, we believe, to prevent the whole brain from dying. An analogy: imagine a grenade is flung into a crowded theater, and a few people throw themselves on the grenade. They will die, but due to their sacrifice, others may very likely be spared.”

Brain-Gen is co-owned by his brother Gregory Ford, a neuroscientist and the dean of the College of Arts and Sciences at Fort Valley State University in Georgia. Byron Ford explained that Zensun Biotech, a Shanghai-based Chinese company with which Brain-Gen has recently partnered, has patents to use a particular form of neuregulin, called Neucardin, to treat heart failure. Zensun Biotech does not have patents, however, for Neucardin’s use in clinical trials for stroke. Brain-Gen tested Neucardin and found it works for stroke in animal models.

The two companies have signed an agreement to collaboratively move Neucardin toward clinical trials for stroke and to form a joint venture. The new company plans to approach the Food and Drug Administration, or FDA, to expand the use of Neucardin for stroke and to explore the possibility of securing funding from the National Institutes of Health, or NIH, with the aim of joining its StrokeNet clinical trials program.

“To our advantage, Zensun has already completed phase I and phase II clinical trials for heart failure and shown that Neucardin is safe and improves heart function in patients,” Ford said. “A stroke is like a heart attack in the brain. If the FDA says we can cross-reference Zensun’s data for approval to treat stroke, this would greatly expedite matters as we apply to become part of the NIH StrokeNet.”

Each year, nearly 800,000 Americans have a stroke, of which about 140,000 die. The “Stroke Belt,” an area in the southeastern United States and Mississippi Valley, has the highest rate of stroke mortality in the country.

Currently, the only FDA-approved drug to treat stroke is tissue plasminogen activator, or t-PA, which melts the clot. It has no effect on brain cells, however, and can be used only within a three-hour window from the witnessed time of stroke onset, beyond which t-PA damages blood vessels and causes bleeding. Further, only 3%-5% of stroke patients qualify for t-PA due to the limited time window and access to primary stroke centers. In contrast, Neucardin can be given to a patient more than 12 hours after a stroke and has been shown to be safe in patients.

Ford proposes that Neucardin be administered intravascularly to the patient along with t-PA to offer protection to the brain and potentially block t-PA’s negative effects that lead to bleeding in the brain.