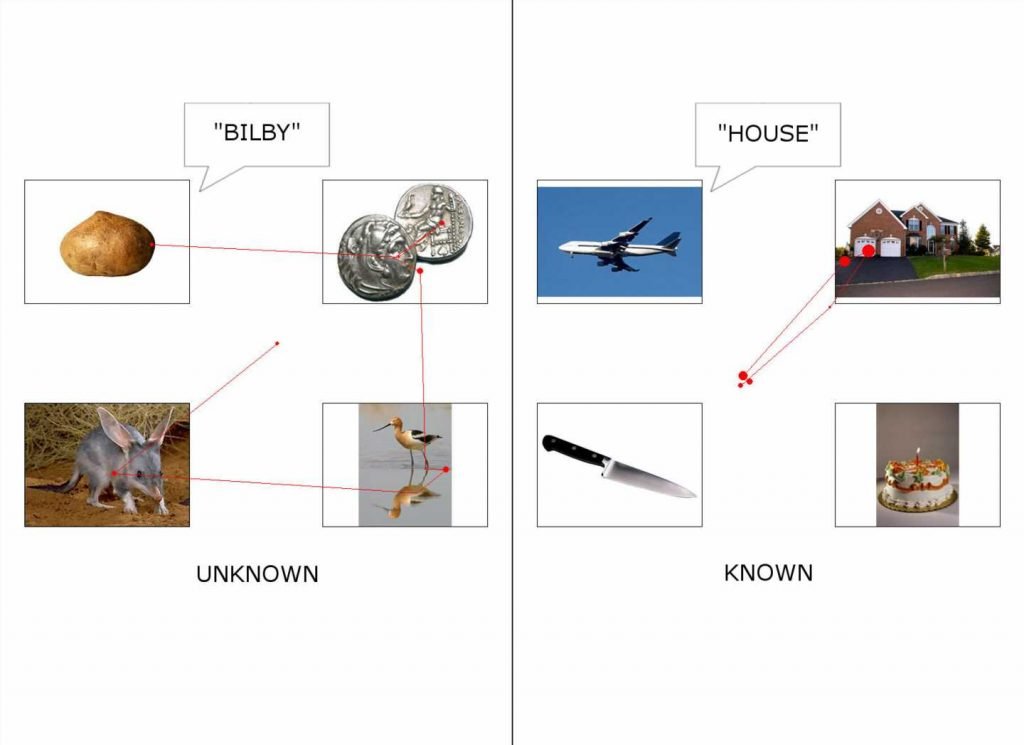 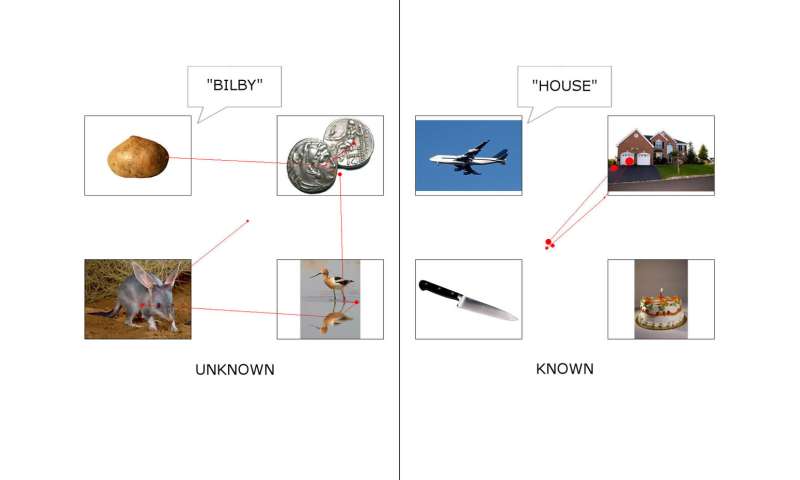 Tests that assess vocabulary among individuals with the severest forms of autism spectrum disorder, or ASD, are notoriously inaccurate. Conventional language assessments, which commonly ask them to match a spoken word with an illustration, measure their ability to understand and perform the task as much as their word knowledge.

Poor assessments result not only in teaching strategies that are ineffective but also make researchers wary, leading to a dearth of research with individuals with Level 3 ASD, the diagnosis given to the most severe forms of autism, that could help improve their quality of life.

That’s according to Emily Coderre, lead author of a new study in the journal Cognitive and Behavioral Neurology and a faculty member in the University of Vermont’s Department of Communication Science and Disorders.

In the new study, Coderre and colleagues at Johns Hopkins Medicine demonstrate that assessment tools capturing implicit signs of word knowledge like eye movement among those with Level 3 ASD—tools that have rarely been used with this group—offer the potential to be more accurate than traditional behavioral assessments, closely matching the reports of parents and caregivers, the current “gold standard” for determining an individual’s vocabulary knowledge.

“Children and adults with severe ASD often score much lower than they should on traditional language assessments,” Coderre said. “They may not understand the instructions or be unable to point to a picture after hearing the spoken word. Or they may be frightened by the equipment or simply not care to participate. The new study points the way toward a much better approach.”

To assess vocabulary knowledge among five adults with Level 3 ASD, researchers in the study used what are called implicit measures of word knowledge.

In one test researchers used a technique called eye movement monitoring. After hearing a spoken word, which matched one of four illustrations on a computer screen, the researchers tracked the subjects’ eye movements. If their eyes quickly chose the matching visual and stayed with it, that signaled knowledge of the word. If the eyes flitted from one object to the next, it demonstrated the word was probably not known.

In a second test called pupillary dilation, subjects again heard a spoken word and were shown four visuals. If the pupils dilated, that signaled cognitive effort, and the probability that the word was not known. If pupils did not dilate, that likely demonstrated knowledge of the word.

In a third test, researchers used electroencephalography to measure brain activity in the research subjects. Subjects heard a word and were shown an image that either matched or did not match it. Earlier research has shown there are typical brain patterns for congruent and incongruent pairs of words and images, enabling the researchers to infer whether the word was known based on these electrical signatures.

The three measures had varying degrees of accuracy with each of the five research subjects. Although the researchers concluded that these implicit measures show promise in providing estimates of vocabulary knowledge, this variability suggests that these assessments should be tailored to each individual.

An earlier study by the research team offered further validation of the research findings. That study found that the three implicit measures were highly accurate in assessing word knowledge among a group of adults who did not have ASD.

Given the small research sample, the research findings are preliminary. But their potential implications are significant, Coderre said.

Implicit measures of vocabulary could result in more effective interventions that are tailored to the true language knowledge of the individual.

“Language is often one of the areas where individuals with autism struggle, especially at the more severe end of the spectrum, where a large percentage have little to no functional language,” Coderre said. “Anything we can do to improve their language outcomes will improve their quality of life.”

The new tools could also result in more research into those with severe ASD, she said, not only in language acquisition but in other areas of cognition.

Nonverbal intelligence testing often relies on visual clues, for instance, she said. Subjects might be shown an image of a puzzle with a missing piece and be asked to find the piece among several options, a task well suited to the EM and PD testing.

“These techniques could very well be extended to other domains,” Coderre said.

That could help address a challenge in the field—the huge lack of literature on individuals with Level 3 ASD.