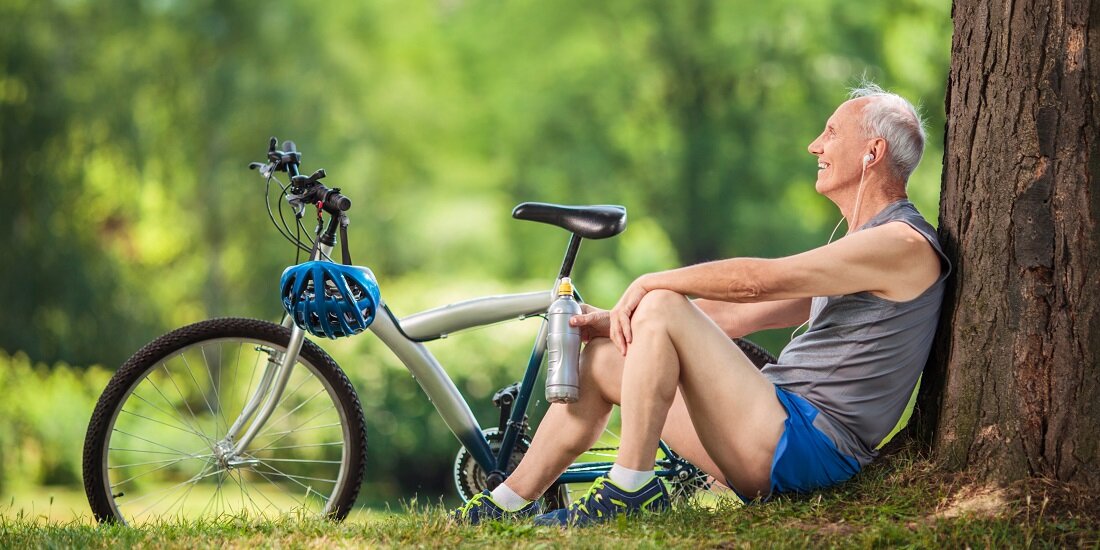 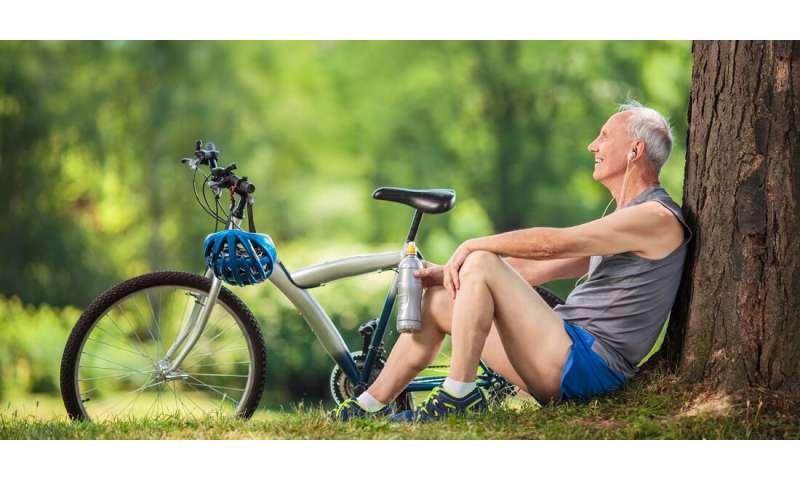 Staying fit or improving fitness over time should be a goal for anyone who wants to reduce the likelihood of getting dementia.

“It is important to say that it is never too late to begin exercising. The average participant in our study was around 60 years old at baseline, and improvement in cardiorespiratory fitness was strongly linked to lower dementia risk. Those who had poor fitness in the 1980s but improved it within the next decade could expect to live two years longer without dementia,” says Atefe Tari of the Cardiac Exercise Research Group (CERG) at the Norwegian University of Science and Technology (NTNU).

Tari is lead author of a new study that was recently published in The Lancet Public Health.

“Persistently low fitness is an independent risk factor for dementia and death due to dementia,” the authors concluded.

The higher, the better

Dementia involves a progressive decline in cognitive functions, severe enough to interfere with the ability to function independently. Alzheimer’s disease is the most common form of dementia. By 2050, it is estimated that 150 million people in the world will have dementia—a tripling of the incidence of the disease today. There is no cure. Men live on average five years after being diagnosed with dementia, while women live for seven years on average after the diagnosis.

“As there is currently no effective drug for dementia, it is important to focus on prevention. Exercise that improves fitness appears to be one of the best medicines to prevent dementia,” says Tari.

Tari’s study is far from the first to show a link between good fitness and lower risk of getting dementia. What is unique, however, is that Tari and her research colleagues have measured the fitness level of participants twice ten years apart. Thus, they have been able to evaluate how changes in fitness over time are related to dementia risk. And the results were clear.

“If you increase your cardiorespiratory fitness from poor to good you almost halve the risk of getting dementia. You also reduce the risk of dying from or with dementia. In our study, each increase of 1MET was associated with a 16 percent lower risk of getting dementia and a 10 percent lower risk of dementia-related death. This is an improvement that is very achievable for most people,” says Tari.

A MET is a measurement unit used by researchers to quantify the rate at which a person expends energy relative to their body weight.

Between 1984 and 1986, almost 75,000 Norwegians participated in the first wave of the HUNT Survey (HUNT1). Eleven years later, HUNT2 was organized, and 33,000 of the same people participated. More than 30,000 of them answered enough questions to be included in Tari’s analyses.

The researchers calculated cardiorespiratory fitness with a formula previously developed and validated by the Cardiac Exercise Research Group, called the Fitness Calculator. Previous studies have shown that those who score poorly on this calculator have an increased risk of heart attack, atrial fibrillation, depression and non-alcoholic fatty liver disease, and also that they generally die younger than people who achieve a higher fitness level.

The new study links results from the Fitness Calculator to the risk of dementia and dementia-related deaths up to 30 years later. To investigate these associations, Tari has used data from two different databases, the Health and Memory Study in Nord-Trøndelag and the Norwegian Cause of Death Registry.

Almost half the risk

Between 1995 and 2011, 920 people with dementia were included in the Health and Memory Study in Nord-Trøndelag. A total of 320 of them had also participated in both HUNT1 and HUNT2 and provided enough information about their own health to be included in the analyses. It turned out that poor cardiorespiratory fitness in both the 1980s and 1990s was significantly more common in this group than among otherwise comparable HUNT participants who had not been diagnosed with dementia.

In fact, the risk of developing dementia was 40 percent lower for those who were among the 80 percent with the best fitness in both the 1980s and 1990s. Furthermore, it was 48 percent lower if one had changed from poor to higher fitness levels between the two surveys.

All participants were followed until death or end of follow-up in the summer of 2016. Via the Norwegian Cause of Death Registry, the NTNU researchers found 814 women and men who had died from or with dementia during the period. This means that dementia was stated as the underlying, immediate or additional cause of death. The risk was lowest for those who had good fitness at both HUNT surveys. However, also those who had changed from poor to better fitness over the years had a 28 percent reduced risk.

In observational studies, there will always be questions about cause-effect relationships. For example, one might ask what causes what: Is it bad fitness that weakens the brain, or do people with cognitive impairment find it more difficult to be physically active and increase their fitness?

“Our study made it easy to see which came first. We estimated the fitness of the participants for the first time in the 1980s, and looked for dementia cases and deaths from 1995 onwards. We have also done separate analyses where we excluded those who got dementia or died during the first few years of the follow-up period, and the results were the same,” says Tari.

It’s also reasonable to ask if the association is random; it might not be the poor fitness that increases the risk of dementia, but people with poor fitness might also have several of the more well-known risk factors for dementia—such as high blood pressure, low level of education and a family history of brain diseases. That is an unlikely explanation, says Tari.

“The HUNT studies give us very broad information about the health of the participants, including body composition, smoking habits, educational level, blood pressure, diabetes, cholesterol levels and family history of stroke. By adjusting the analyses for these factors, we have ruled out that they fully explain the relationship between fitness and dementia risk in our study,” she says.

In other words, the study provides very good evidence that maintaining good fitness is also good for the brain. However, Tari points out that this does not necessarily mean that everyone who is physically active on a regular basis is guaranteed that a good effect on brain health.