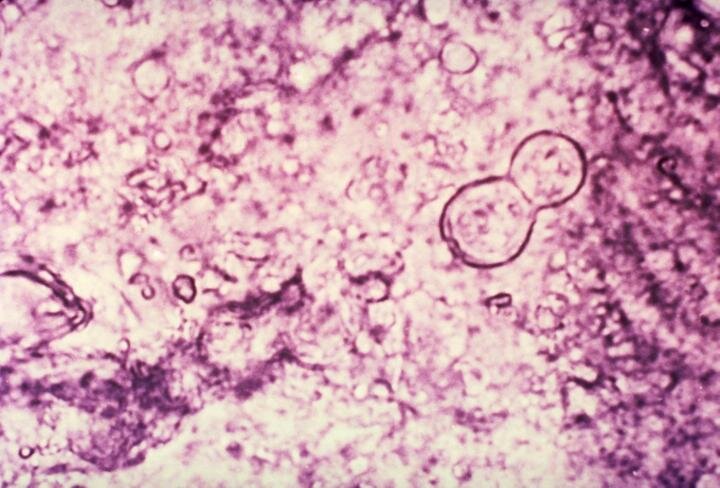 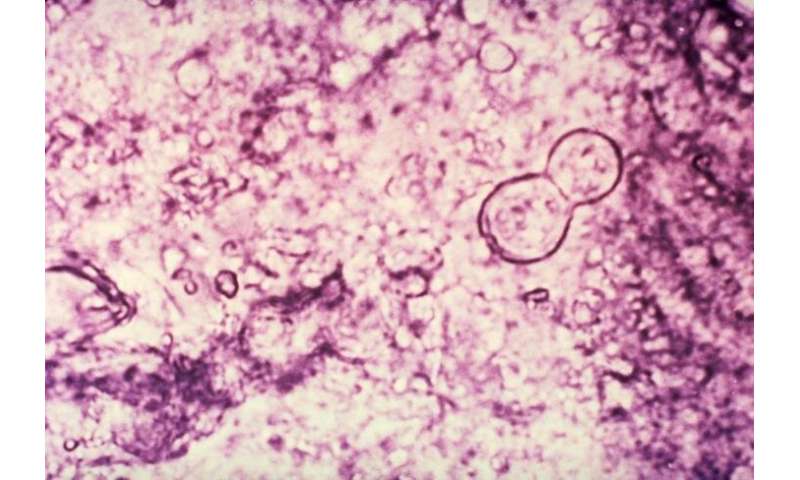 The fungus, Blastomyces dermatitidis, found naturally in wet soil and in decomposing wood throughout the Great Lakes region and the Mississippi Valley, can cause flu-like illness and in severe cases, death. Wisconsin has among the highest incidence rates of the disease in the U.S. and outbreaks ranging up to 100 cases periodically occur in the state.

Given the size of the Marathon County outbreak, the state asked the U.S. Centers for Disease Control and Prevention for help launching an investigation—unusually, 20 patients infected with the fungus were of Hmong descent. Investigators found that Asian people had a disproportionate risk of developing blastomycosis infections relative to other groups in the U.S. and they ruled out lifestyle explanations, such as gardening practices and recreation.

Now, a new study led by University of Wisconsin-Madison researchers Caitlin Pepperell and Bruce Klein has identified a specific genetic vulnerability among Hmong people that renders them more susceptible to the disease-causing fungus.

“We were struck by this because it hadn’t been described before … rates were 10-to-100 times greater than one might expect based on population numbers alone,” says Klein, an infectious disease physician and professor of pediatrics, internal medicine, and medical microbiology and immunology at the UW School of Medicine and Public Health (SMPH). “It’s really been a holy grail question—why are some people more vulnerable and what is the basis for this?”

Understanding these vulnerabilities is really important for patients, says Pepperell, also an infectious disease physician and associate professor of medicine and medical microbiology and immunology at SMPH, because it can help physicians make better-informed and more timely decisions about treatment for people who are at higher risk.

“Unfortunately, a really typical story with blastomycosis is having a long delay to diagnosis because it’s a (relatively) rare disease and people are not familiar with it,” Pepperell says. The earlier people are treated, the better their outcomes.

At the start of the study, recently published in the open-access journal mBio, Pepperell surmised that Hmong people in Wisconsin, who have “experienced a long series of forced displacements and migrations,” might be more genetically isolated than other groups and thus have less genetic variation powering their fight against some diseases.

That’s because every gene we inherit exists in pairs called alleles—we get one copy from each parent. Having two alleles that are different creates variation, but as is often the case in genetically isolated groups, the alleles can also be identical, or homozygous. A person who inherits one good copy of a gene and one bad still has some protection from its effects, while a person who gets two bad copies is more vulnerable. 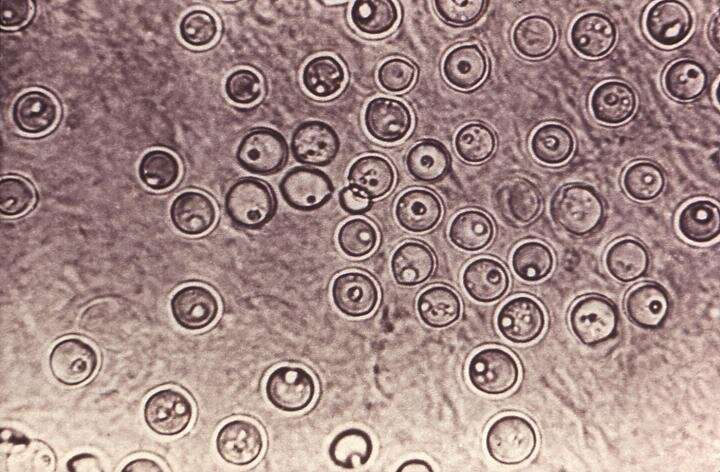 With the help of her former graduate student, co-author Donny Xiong, the research team gained consent from nine of the affected Hmong patients to collect blood and examine their cells.

Pepperell and her graduate student, study co-author Mary O’Neill, looked for long stretches of homozygosity in the genomes of the Hmong participants. They found them in a region known to be important for immune responses to fungi.

Within that region are genes for an immune element known as cytokine interleukin-6 (IL-6), which helps lead to the development of another immune responder known as interleukin-17 (IL-17), involved in teaching the body to fight fungal infections. The research team found that the cells of Hmong people created less IL-6 than the cells of European donors.

The specialized cells that produce IL-17, called Type 17 cytokine T helper cells (TH17), “patrol the mucosal surfaces of the body and are important in alarming (the body’s) first-line defenses,” Klein explains. “They serve as the cavalry and mop up invaders.”

Klein’s research team found previously in mice that TH17 cells are particularly important for responding to fungal invaders and that IL-6 is pivotal to their creation. The finding suggested to the researchers that Hmong people who produce less IL-6 may have fewer TH17 cells, and thus, less IL-17.

So, Klein’s team went back to the mouse model and found that mice lacking IL-6 had significantly fewer TH17 cells than normal mice, were extremely vulnerable to Blastomyces infection, experienced progressive disease, and died sooner.

The researchers also found that Hmong donor cells produced significantly less IL-17 than those from Europeans in response to infection with another more common fungus, Candida albicans. Both groups are more likely to have been exposed to this fungus before—it’s responsible for thrush and common vaginal yeast infections.

Klein and Pepperell continue to study genetic vulnerability to Blastomyces, which is part of a family of seven particularly pathogenic fungi that are harmless unless their spores are inhaled and take up residence in the lungs. Pepperell is interested in “zooming out” to see if other genes may be different in Hmong people, since this study looked specifically at immune-related genes and could be missing more of the big picture.

For Klein, the work has been “extremely gratifying.” He has studied blastomycosis in Wisconsin since 1981, first as a trainee with the CDC’s Epidemic Intelligence Service, and long worked alongside the late state epidemiologist, Jeff Davis, who passed away just last year. Together, they helped establish Wisconsin as the first state to make it a legally reportable infectious disease.

“It’s like: ‘Battle on,'” with this fungus,” Klein says. He appreciates the implications the findings have not just for individual patients, but also for public health more broadly. It also helps lay the groundwork for the future, particularly as plans are forged by UW-Madison to establish the SMPH Center for Human Genomics and Precision Medicine.