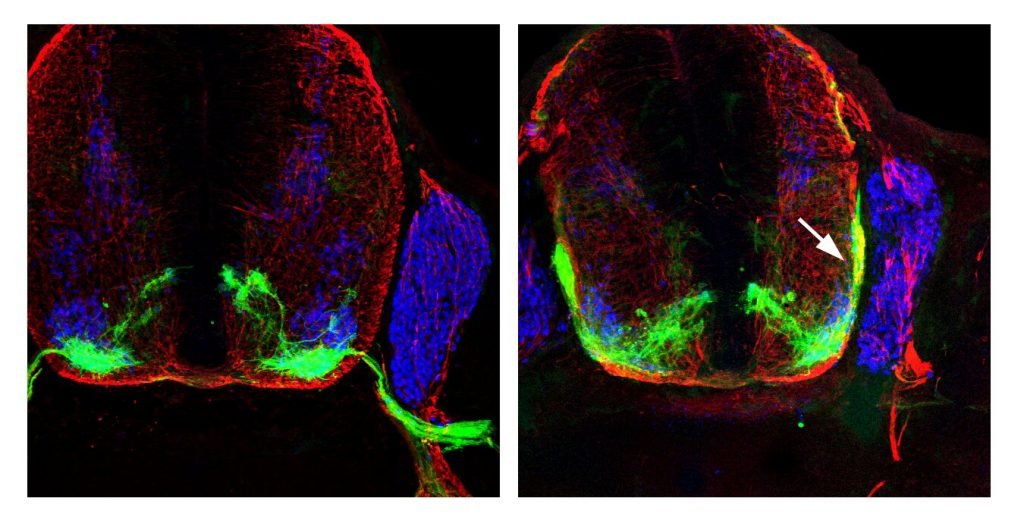 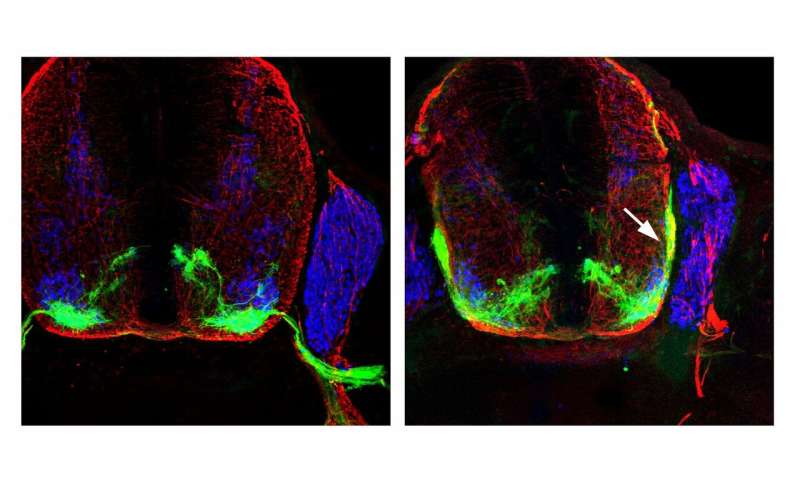 Similar to the dozens of Sherpas that guide hikers up treacherous Himalayan mountains to reach a summit, the nervous system relies on elaborate timing and location of guidance cues for neuronal axons—threadlike projections—to successfully reach their destinations in the body. Now, Salk Institute researchers discover how neurons navigate a tricky cellular environment by listening for directions, while simultaneously filtering out inappropriate instructions to avoid getting lost. The findings appeared in Neuron on March 19, 2019.

“There are 100 trillion connections in the nervous system governed by 20,000 genes, of which roughly 10 gene families are known to be involved in controlling axon guidance. We wanted to understand the clever genetic systems nature has employed to wire the most complicated biological machine in the universe,” says Salk Professor Samuel Pfaff, senior author and a Howard Hughes Medical Institute investigator. “Thus, we set out to examine how motor neurons find their connections with muscles in the body, which is critical for our brain to relay information to our muscles to allow for movement.”

The brain controls hundreds of different muscles to allow for precise movement. During development, motor neurons in the spinal cord extend their axons outside of the central nervous system to connect with muscle cells in the body. Every motor neuron relies on a set of genes to ensure the axon grows correctly to the muscle.

“In the broadest sense, we hoped that by identifying genes involved in abnormal motor neuron development we could better understand the intricacies of cell signaling in other contexts such as cancer,” says first author Dario Bonanomi, a former postdoctoral fellow in the Pfaff lab, now a group leader at the San Raffaele Scientific Institute. “This work not only shows us how the nervous system develops, but also how cells, more generally, communicate, move and create structures in the body.”

To find genes important for motor-neuron axon guidance, the team carried out a genetic screen and observed where the motor neurons grew their axons using green fluorescent proteins in a mouse model they engineered. The team then traced the axons to see when correct and incorrect growth decisions were made. Through this axon tracing, the scientists identified a gene mutation that caused motor axon misrouting. In this case, the motor neuron axons took detours and never connected properly to the muscles.

Upon closer investigation, the scientists found that these motor neurons climbed up the edge of the spinal cord rather than properly exiting to meet their muscle targets. The team pinpointed the gene causing this detrimental mutation as p190, which was previously known to play a role in cancer suppression, but had not been implicated in establishing neuronal connections during development.

Pfaff, holder of the Benjamin H. Lewis Chair, adds, “These results provide mechanistic insight into the unimagined complexity that cells use to communicate with one another.”