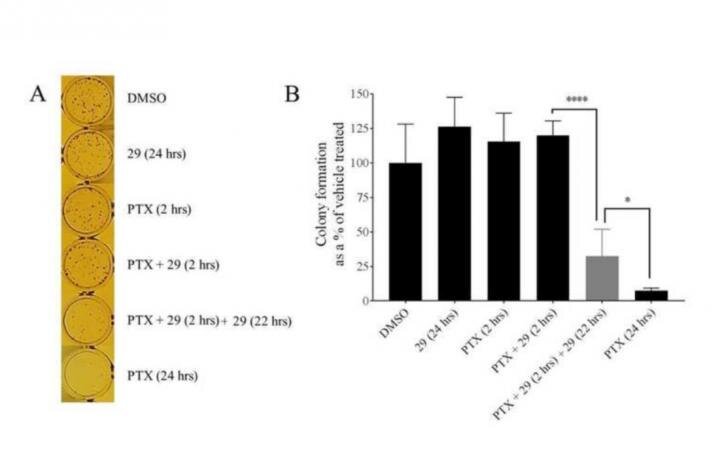 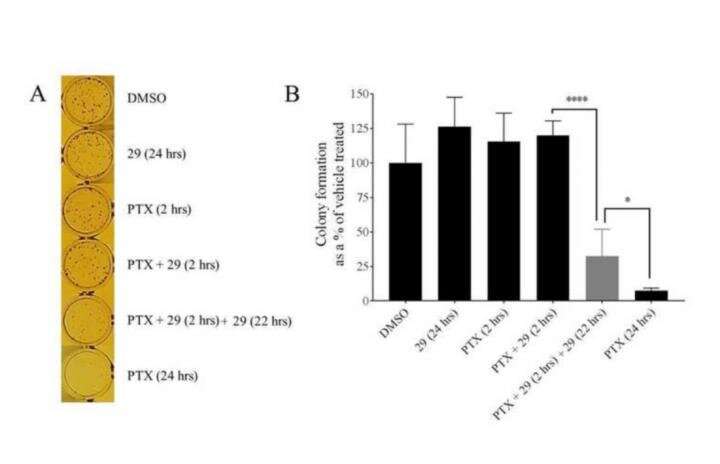 Researchers at SMU’s Center for Drug Discovery, Design and Delivery (CD4) have succeeded in lab testing the use of chemotherapy with a specific protein inhibitor so that the chemotherapeutic is better absorbed by drug-resistant cancer cells without harming healthy cells. The approach could pave the way for a more effective way to treat cancers that are resistant to treatment.

A mix of drugs is frequently used to shrink cancer tumors or keep tumor cells from spreading to other parts of the body. But chemotherapy is so toxic that the mix often kills healthy cells, too, causing dreadful side effects for cancer patients. And eventually, many cancers learn how to resist chemotherapy, making it less effective over time.

“When multidrug resistance evolves, this leaves the patient with a very poor prognosis for survival and the oncologist with few, if any, effective tools, such as chemotherapy medicines, to treat what is very likely an aggressive and/or metastatic cancer at this point,” said John Wise, associate professor in the SMU Department of Biological Sciences and co-author of a study on the findings published Friday in PLOS ONE.

Much of the research led by CD4 director Pia Vogel and Wise is centered on a class of proteins called ABC transporters, a key factor in why many cancers resist chemotherapy.

“These transporters are defensive proteins and are normally very, very good for us. They protect us from toxic chemicals by literally pumping them out of the cell, almost like a sump pump removes water from one’s cellar,” Vogel said.

But when someone has cancer, these proteins do more harm than good.

“One protein, P-glycoprotein, can pump nearly all chemotherapeutics out of the cancer cell, thereby making the cancer resistant to many drugs and untreatable,” Wise noted.

For this reason, SMU researchers tested the combination of using an inhibitor that temporarily shuts down P-glycoprotein’s ability to remove drugs from the cancer cells along with chemotherapeutics on prostate cancer cells grown in the lab, which have been shown to be resistant to multiple chemotherapeutic drugs.

The recipe for success was giving cancer cells a dose of both chemotherapy drugs and the P-gp inhibitor for just two hours. Researchers then washed the prostate cancer cells to get rid of any residual chemotherapy drugs before giving the cells another dose of just P-gp inhibitor for 22 hours, lead author and SMU Ph.D. doctoral candidate Amila K. Nanayakkara explained.

When the same tests were performed on normal noncancerous cells, “there was no sign of extra toxicity to the healthy cells using this method,” Wise added.

One issue, though, is how to duplicate this method in a patient’s body. “Once you’ve taken a chemotherapy drug, it’s not easy to remove it after just two hours,” said co-author Vogel, a professor in the SMU Department of Biological Sciences.

Still, the researchers argued that it is worth further research, because there are currently few options for cancer patients once their disease becomes resistant to multiple chemotherapies.